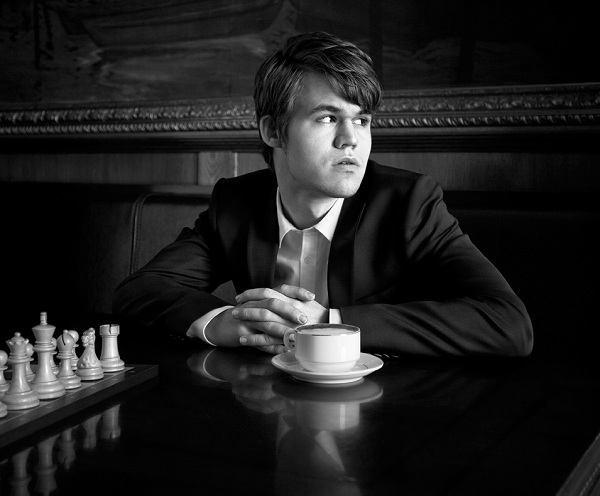 In January 2013 Magnus Carlsen officially became the highest-rated chess player ever, beating the seemingly unsurpassable achievement of Garry Kasparov (2851). Magnus’ ELO reached a skyrocket height of 2861. However, after winning Tata Steel Chess Tournament Carlsen’s February FIDE rating is expected to be 2872, which is another record. Many people have announced a “countdown to 2900”, eagerly anticipating Magnus to hit that ethereal mark. So, how good are his chances? 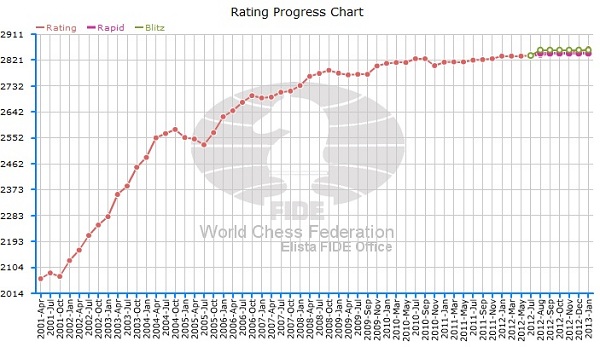 As one can easily see from the graph, Magnus Carlsen is an improving player (sounds funny, right?). His rating tends to grow over time.

Will he make it?

While one knows for sure whether Magnus Carlsen will break the 2900 threshold at some point or not, certain arguments can be introduced.

a) Chess mastery and ratings tend to grow over time. Hence, rating records are likely to continue being broken in the future.

b) Magnus Carlsen is only 22. Meanwhile, while there seems to be no scientifically verified data on when chess masters usually peak, the most commonly mentioned figures are between 30 and 40. Given his rapid progress, Magnus is quite likely to earn another 28 rating points at a certain stage of his career.

c) Carlsen’s recent performances indicate that he is already capable of playing at 2900+ level. Now it’s all about consistency.

The main problem here is the human factor. Unlike a chess engine, no human can keep maintaining a stable performance forever. Theoretically speaking, Magnus can lose motivation and/or interest in the game, or play somewhere off-form, losing a bunch of points. No one is insured against such scenarios.

he will definitely reach 2900 and probably within the next 18 months. assume he wins the candidates tournament,that alone could put him above the 2900 mark. there are so many 2700+ players that if he loses no games and wins 4-5 , that would be enough. he gained 21 at tata steel.