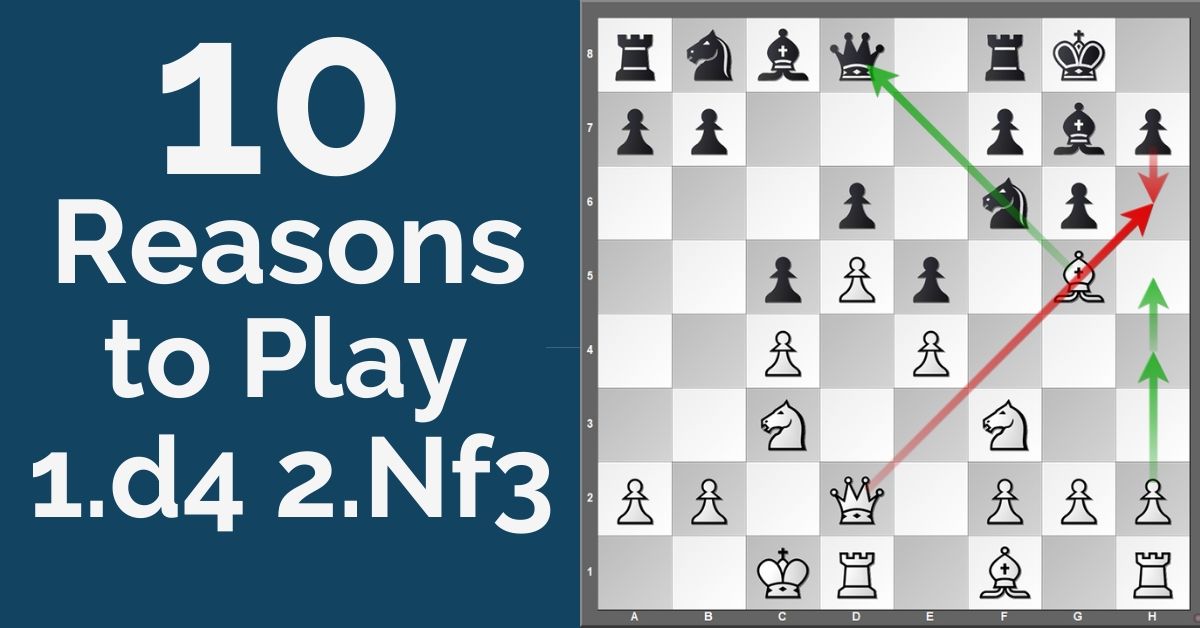 1.d4 2.Nf3 System: For any player who is trying to improve, finding the right opening is an important step. Especially if the time you can allocate to studying chess is limited, choosing the opening has to be done wisely. Ideally, you shouldn’t dedicate this time entirely to studying and learning endless opening lines, but divide it between all the phases of the game. Most of the time, it is in the middlegame and endgame where the decisive mistakes happen, so make sure you give them their due attention.

If you are still struggling with finding that right set-up for you with the white pieces, today we want to bring to your attention one very reliable system that starts with the moves 1.d4 followed by 2.Nf3.

Here are some of its advantages:

This system is mainly based on ideas and understanding of the resulting positions. You won’t need to learn long, forced lines, but rather see many games and know what you are playing for in each set-up. Nothing will happen if you forget a move and you will most likely be able to find it yourself over the board if you know the ideas and the set-up you are striving for;

It is a solid opening resulting most of the time in long, positional battles. White is sensibly developing his pieces, after which he is usually ready to strike in the center and complicate matters.

As you can see, it is a great way of combining the opening and middlegame study. Instead of learning the variations by heart, you can focus on studying the typical pawn structures that arise in this opening and the plans related to them. Study the classical games in this set-up, understand the typical plans for each side, and what type of endgames you should be striving for.

4. One of the Most Flexible Move Orders

This way, you won’t have to stick to only one set-up, but you can vary from game to game. For example, you could go for the Cole System if you decide to advance the e2 pawn to e3, but you could also transpose into the London System after 3.Bf4.

Although solid, this system does have a certain venom to it. White can still play for an attack in certain lines and there is a constant fight for the initiative in the center. Make sure you study the typical attacking patterns and are ready to employ them over the board.

This means that you can play the same system against practically any move order that black chooses. Depending on how your opponent responds to it, then you can choose from different set-ups.

Another big advantage of this system is that it avoids some of the most aggressive answers black has against 1.d4 – for example, the Benko or the Budapest Gambit. It could also be a good weapon against the Benoni players since it won’t be easy to reach the well-known structures anymore.

It is an opening that has been played for many years, and with great success. You can find many model games in the database, both from World Champions and other very strong Grandmasters – for example, Carlsen, Andersson, Kramnik, Yussupow, and many others.

You are in control and can decide what type of play you want to go for, depending on who you’re facing, the situation in the tournament, or how you feel on that particular day. You can opt for a positional battle or go for the more dynamic, aggressive approach.

Looking for more on this opening? Look at 7 Reasons Why Not to Play It.

FM Yuriy Krykun has just finished a fantastic 10.5-hour repertoire course on 1.d4 2.Nf3 System with a *heavy* emphasis on simplicity and avoiding memorization of theory (a big problem for club players). 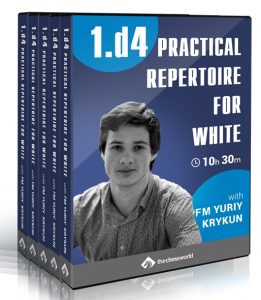 Click here to get Practical Repertoire for White 60% OFF