1.d4 Opening: 10 Reasons to Play It for Attacking Players 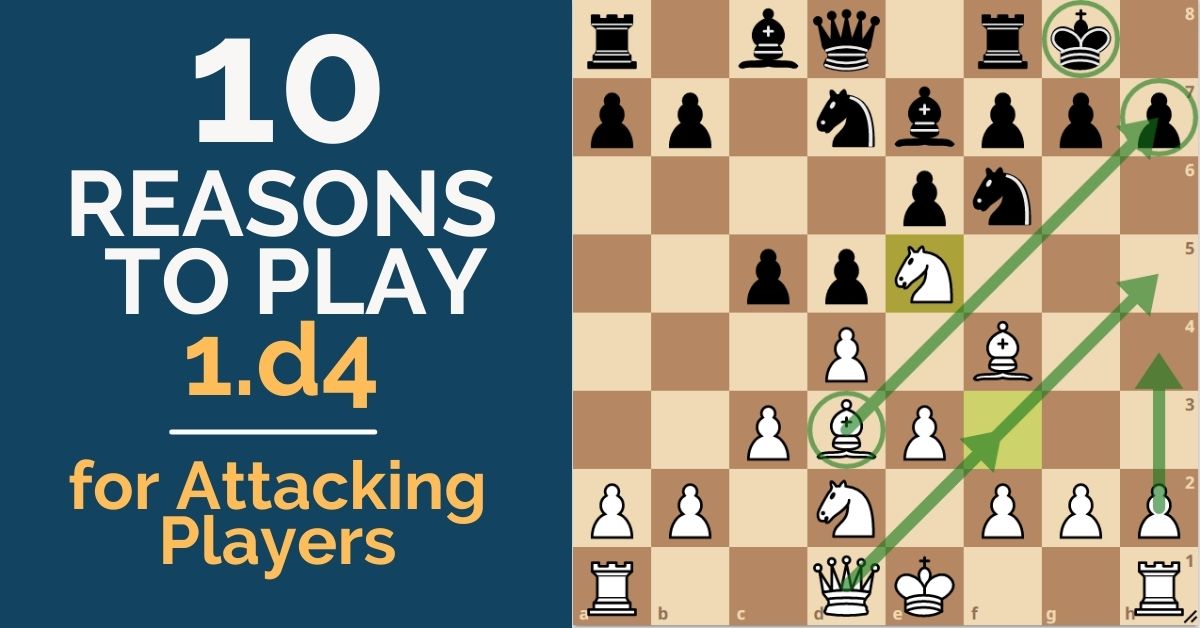 1.d4 Opening – everything you must know! Most of the chess players enjoy having the initiative, being the attacking side. It is good but hard to achieve in every game: in some positions, the best you can do is to trade pieces and go into an endgame or play against some positional weaknesses. Those who really enjoy attacking chess would love to avoid such scenarios. They should know that the attack is like a tree – first, you need to plant and nurture it. The opening stage makes a big impact on the chances of growing an attack. If you place your pieces more aggressively or manage to weaken your opponent’s king, it creates the potential for future actions.

We got used to thinking that attacking players should start the game with 1.e4 and leave 1.d4 for those who prefer strategic and positional play. However, the game of chess is more complex than that. Also, in modern chess, things have changed.

1. You can play principled chess

Quite often after 1.d4, you don’t need to do anything creative to get attacking chances. The main lines of popular openings lead to sharp and exciting situations already.

For example, the Botvinnik Variation of the Semi-Slav Defense can lead to the following position: 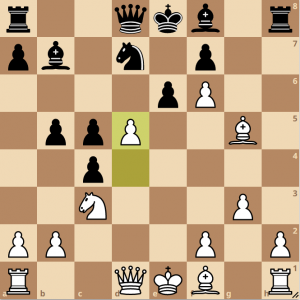 This double-edged position has been featured in hundreds of grandmaster games.

The following sharp position appears in the mainline of the Vienna Variation of the Ragozin Defense: 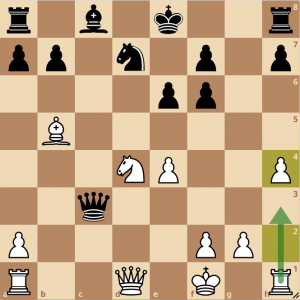 By playing the main lines after 1.d4 opening, you will be able to fight for the advantage and get attacking chances in many popular openings.

2. Builds a foundation for a successful attack (1.d4 opening)

With 1.d4 followed by 2.c4 White takes under control a lot of central squares. This allows them to place the pieces more actively and comfortably. Later White often expands with the pawns even more. The space advantage often becomes the key factor for a successful attack.

It is important to learn how such positional advantages collected together eventually result in a strong attack. Of course, this works not after 1.d4 only. It is a general principle that can be used by you in any opening.

3. You avoid the Berlin and the Petroff Defenses

One of the issues with 1.e4 in modern practice is that Black has a lot of reliable ways to counter it. The Berlin and the Petroff are among the most annoying openings to face for attacking players. One of the greatest aggressive players of all time, Garry Kasparov, couldn’t crack the Berlin Defense in the World Championship match against Vladimir Kramnik in 2000. This is considered one of the main reasons he lost his title. The Petroff Defense has been shielding the best players from 1.e4 for decades and even made many attackers eventually switch to 1.d4.

When Black opts for the kingside fianchetto White often uses their h-pawn to launch an attack. Many new opening lines based on this idea popped up recently. 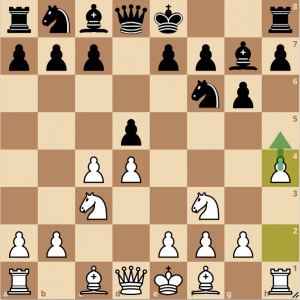 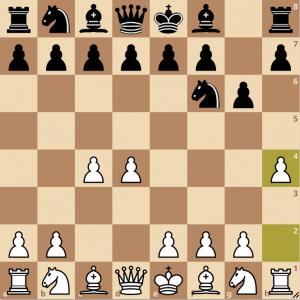 This line was used by Veselin Topalov in the Candidates Tournament 2016. Later, Alexander Grischuk picked this idea up and started using it more frequently. Now it is a quite fashionable continuation and White has won a lot of games at the highest level by employing it recently. If you want to follow aggressive opening trends, you should add 1.d4 into your repertoire. 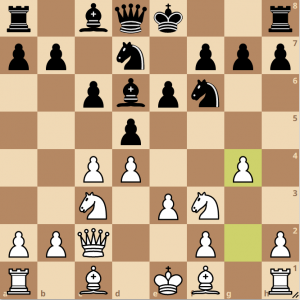 White wants to get more space on the kingside and launch a dangerous attack there. Their own king will go to the queenside or remain in the center. 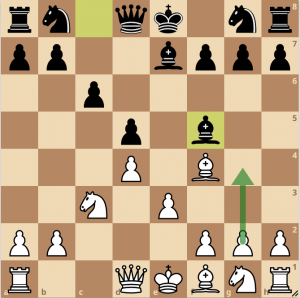 the most popular move is 7.g4. White gains more space and creates chances for a future attack on the kingside.

6. With 1.d4 opening, you can opt for attacking plans with queenside castling

The classical approach to the Queen’s Gambit is to castle kingside and play against positional weaknesses in Black’s camp. That is why plans with queenside castling may seem a bit unusual. However, it is nothing new. For example, more than 100 years ago the following position arose in one of the games of Akiba Rubinstein: 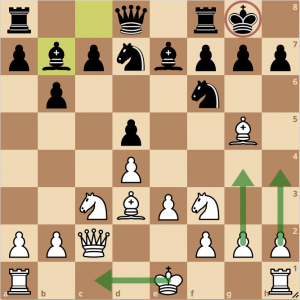 The most natural way to play this position seems to be to castle kingside and play calm chess. However, the Polish maestro brought his king to the queenside and later developed a strong pawn storm on the other side of the board.

In some openings, castling on opposite sides is a regular thing. For example, in the Saemisch Variation of the King’s Indian Defense, White often castles queenside and tries to open the h-file to checkmate Black’s king: 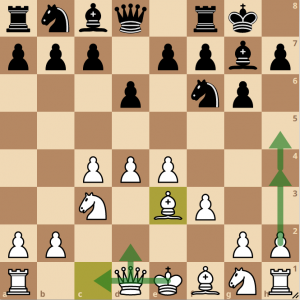 7. Gives a choice of attacking methods

As you could see, there is more than one way to get an attacking position after the opening. It is a good sign. The more plans and systems you know, the better your chess understanding will be. It will eventually improve your results in practice. Also, the knowledge of different aggressive ideas will make you unpredictable and dangerous for any opponent.

8. You can follow the footsteps of great attackers who played 1.d4 opening

Many strong and famous attacking players have been choosing 1.d4 as their main weapon. Most remarkably it is Levon Aronian, Shakhriyar Mamedyarov, Veselin Topalov, Alexei Shirov, Daniil Dubov, Ivan Cheparinov, Simon Williams, and many others. Analyzing their games and opening choices can be helpful for your improvement. It is interesting to note that their approaches have been different. Someone liked schemes with the kingside fianchetto; others preferred putting the pawn on f3 or playing the regular Queen’s Gambit.

9. There are many tricky lines for White after 1.d4 opening

Apart from the main lines, there are also many less principled openings that can give you attacking chances. For example, the Trompowsky Attack (1.d4 Nf6 2.Bg5) can come as a surprise to many of your opponents. Worth mentioning is the Jobava-London System (1.d4 d5 2.Nc3 Nf6 3.Bf4), which often leads to double-edged positions.

The regular London System has the reputation of a boring opening but can be very dangerous for Black as well. The following position is a good illustration: 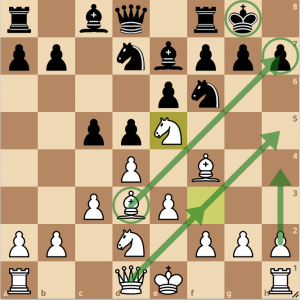 White’s pieces are looking towards Black’s king and ready to start an attack. A similar situation happens in the Colle-Zukertort System: 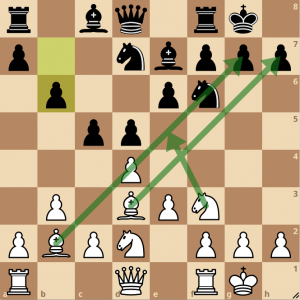 The knight is jumping to e5. Later, White can play f2-f4 and transfer the rook from f1 to h3. White’s bishops are also dangerous. The position of the bishop on b2 is quite typical for the 1.d4 opening. Black almost always castle kingside and this bishop puts a lot of pressure on the enemy residence.

No matter what openings you have been playing, studying the lines and games after 1.d4 will enrich your chess understanding.

You will see new ways of getting an upper hand and playing chess in general. This will also affect the way of playing your old openings. You will get a new perspective on the arising positions and will be able to use the techniques you learned when studying 1.d4.

We also recommend reviewing the 7 Reasons Not to Play 1.e4.

Looking for the Attacking 1.d4 opening repertoire for White?

IM Robert Ris presents… Over 10.5 hours of high-quality video training, jampacked into 36 chapters… Robert goes over ALL the main lines of the 1.d4 opening, starting from the complicated KID to the fearsome Nimzo-Indian to the mysterious Tarrasch.