Benko Gambit: 10 Reasons to Play It 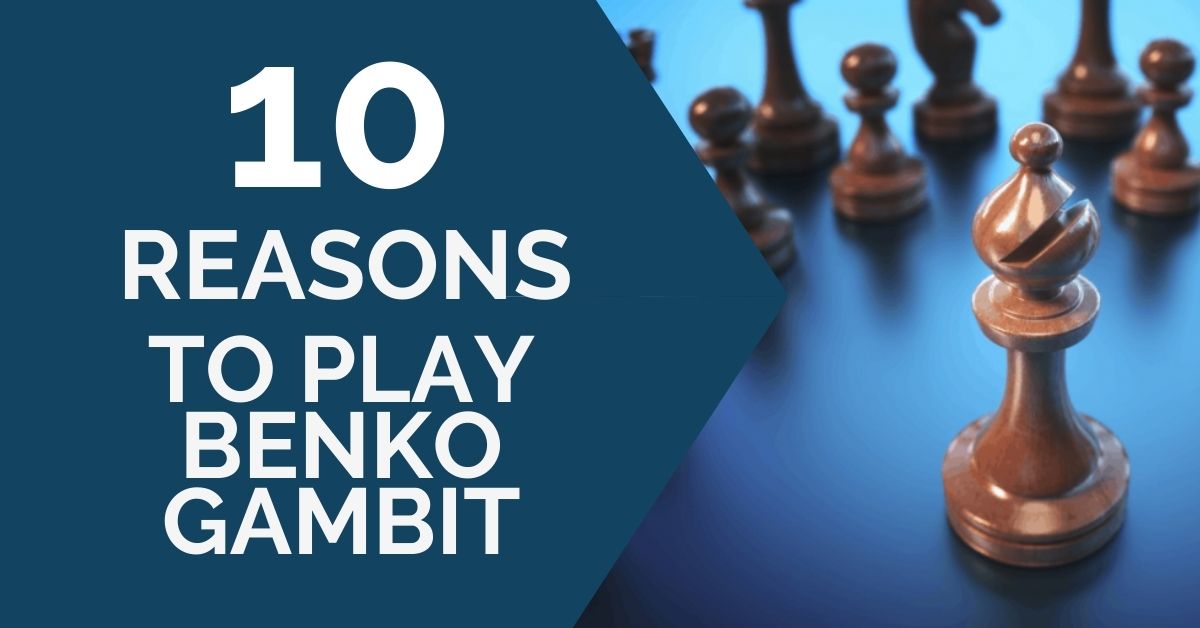 Benko Gambit is quite different from usual Gambits in chess which are usually associated with ferocious attacks, mating threats, and opening traps.

In Benko Gambit, Black does not get any immediate reward for the sacrificed pawn. Instead, the main idea is to clear files for their pieces for the future play on the queenside.

This may not sound exciting. But, the Benko gambit is traditionally considered one of the most unpleasant openings to play against. It also allows Black to play for a win. It starts with moves 1.d4 Nf6 2.c4 c5 3.d5 b5 when White is invited to grab the queenside pawn and passively defend later.

If you are looking for an active weapon against 1.d4, here are 10 reasons why the Benko Gambit could be a good choice for you. 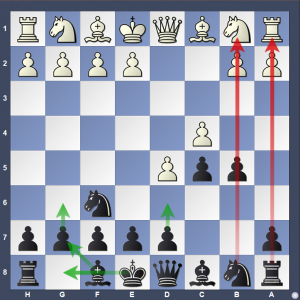 In the Benko Gambit, Black compensates for the lack of material by pieces activity. The fianchettoed bishop on g7 together with the rooks on the a- and b-files pressurizes White’s queenside. And, guarantees long-term initiative for Black.

2.  Benko Gambit is good to play for a win

This opening leads to positions with asymmetrical pawn structures with pros and cons for both sides. The arising positions are imbalanced but with clear strategic direction for Black. This makes the Benko Gambit a good weapon to play for a win. Especially, in rapid and blitz games because it is harder to maintain the position for White in shorter time controls.

3.  Black’s play is easy and direct

You do not usually need to look for deep strategic plans in the Benko with Black. Putting your pieces to active positions on the queenside is usually enough for creating chances on the queenside. White’s defensive task is much more difficult.

White can choose different setups against the Benko Gambit. But, Black’s play remains more or less the same against all of them. The typical maneuvers and ideas are easy to learn and understand. This is another reason why this opening works better in shorter time controls.

5.  It is unpleasant to play with White

Black’s play is simple. What about White? White usually does not have active plans and has to focus on consolidation and neutralizing Black’s pressure. This does not appeal to most people’s style and makes the Benko Gambit uncomfortable to play against.

6.  Benko Gambit is played by many grandmasters

The Benko Gambit is especially great at the club level but it can work well even against strong grandmasters. Magnus Carlsen and Jeoffrey Xiong have been using this opening quite successfully recently. Among those who have been playing the Benko consistently such strong grandmasters as Alexander Khalifman, Pavel Tregubov, Viktor Bologan, Milos Perunovic, and others.

The Benko fans know well that the material is not the main thing in chess. This opening teaches you that piece activity and initiative often prevail, and this experience can help you in different types of middlegame positions.

Black’s queenside play is so strong that most endgames are favorable despite the pawn’s lack. Usually, you should avoid endgames with less material, but the Benko Gambit endgames seem to be an exception from this rule.

9.  Similar to some other openings

The Benko players usually feel comfortable playing such openings as the Sicilian Dragon, the King’s Indian, the Benoni, the Reti, and some others. The fianchettoed bishop and the play on the queenside are the key points.

10.  Benko Gambit will surprise your opponents

It has not been seen in practice as often as some mainstream solid classical openings so you can catch your opponents unprepared quite often. It is going to work especially well at club level or in shorter time controls. White has to know exactly what to do not to be worse after the opening in the Benko. This increases Black’s winning chances by a lot.

Ready to include Benko Gambit to your openings of choice?