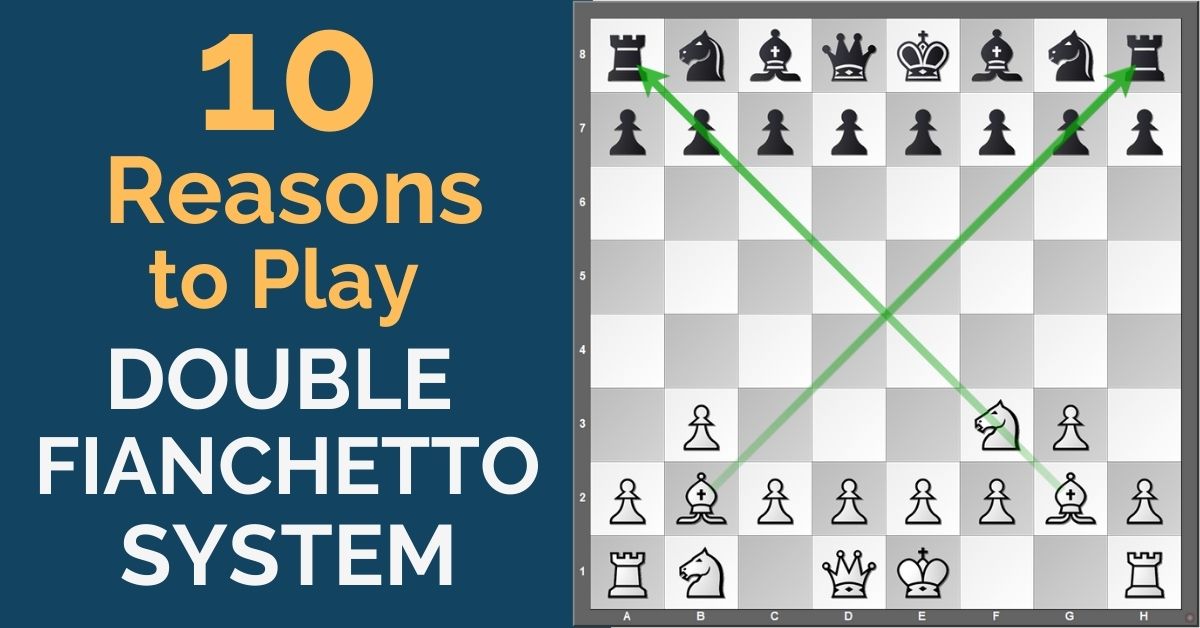 Double Fianchetto System: These days engines have become a chess player’s best friend. Its influence is mostly felt in the opening phase, where every line is analyzed in detail and everybody, regardless of their level, knows a fair amount of theory. If you want to avoid in-depth preparation, it is a good idea to add to your opening arsenal a system that doesn’t require so much memorization and is based on middlegame understanding. There are many interesting systems that you can study and this article is dedicated to the Double Fianchetto System. Here are some of its important characteristics.

1. Double Fianchetto System: There is very little theory to memorize

One of the biggest problems for every chess player, regardless of their level, is having to learn long, theoretical lines. The advantage of learning a system is that instead of doing this you can focus on understanding the typical ideas behind the set-up. As well as to measure forces in the middlegame.

2. It can be used against any set-up that black chooses

What can be better than not having to worry about what your opponent is going to play against you? The Double Fianchetto offers you a universal answer in terms of getting your pieces out. The only thing left to do is study the different structures that arise. And, to understand how they should be played and what the typical plans involve.

In order to master the Double Fianchetto, you will have to study many games and understand how the approach changes with the type of structure that you get on the board.

The study of the different middlegames and typical plans will help you improve your chess understanding. And, you’ll become a better player.

It is a solid opening. You get your pieces out quickly, control the center, and put your king into safety. Only then, you start taking offensive actions.

The Double Fianchetto is an opening rich in ideas. Whether you like to attack or prefer long, positional battles, this system is a great thing for you. In the same way, if you want to have diversity in your repertoire and be able to change from time to time, you can switch between the different plans available.

As you can see from the ideas presented above, the Double Fianchetto is a flexible opening. It is not only flexible in terms of the plans you can use, but also in terms of move orders. There are many transpositions available and you can play with the move in order to confuse your opponent. You can as well try to get the most convenient version for you.

Since it is a relatively easy opening to learn, you can choose to use it as a surprise weapon for your opponents. Although considered by many an unambitious opening, it can be uncomfortable to meet over the board. If your opponents don’t know exactly what they are doing. Or, they just can’t find the best set-up against it, they can easily fall into an inferior position.

It is a good opening to get your opponent onto the uncomfortable ground. The good thing about this opening’s flexibility. And, knowing different plans inside it is that you can use them smartly against your opponents.

For example, if you know that your opponent is tactical, let’s say King’s Indian player, you can opt for more positional lines, where he/she won’t get the type of positions they handle best.

It has been the choice of many strong Grandmasters over the years and its popularity has only been growing. Some of the specialists in this system are Vladimir Kramnik and Wei Yi. As well as Mihail Marin, Ulf Andersson, Vasily Smyslov, and many others.

The Double Fianchetto is a great opening to fight for a win. Thanks to the closed character of the arising positions, trades are fewer and you will have a long battle ahead.

Looking for more on the Double Fianchetto System? Look at This Opening in the Reti.

Ready to add the Double Fianchetto System to Your Opening Preparation?

GM Sipke Ernst is here to teach you an opening system for white where you simply fianchetto both bishops and then follow the blueprints of guys like Vladimir Kramnik to crush your opponents… without learning a single complicated theoretical line! 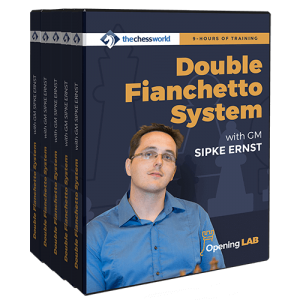