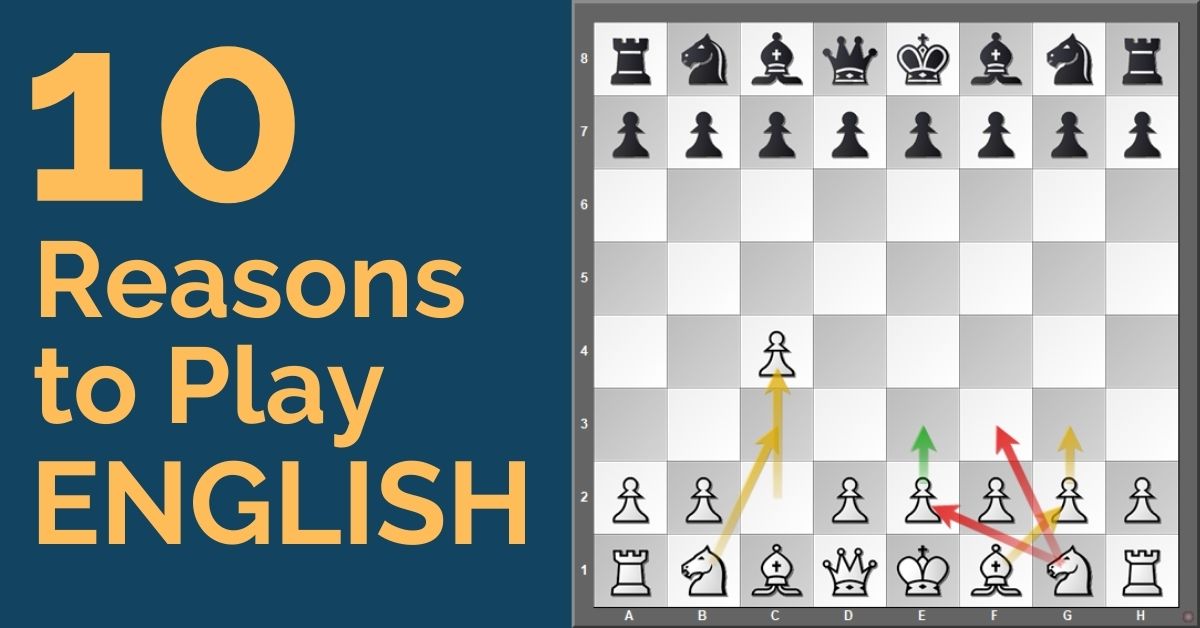 English Opening: Finding the right opening for you is a complicated and time-consuming process. You need to be objective, know yourself very well, and try to find positions that will suit your style.

If you are still looking to build a repertoire with white, but are not sure which opening would suit you best, we are here to help! In this article, we are going to take a brief look at the English Opening and its characteristics.

It is an opening that you can play in many ways. You can choose between different set-ups, depending on your style or the type of game you might be looking for in a certain round.

Talking about the English’s flexibility, it is worth noting that the pawn structure can quickly be modified, transposing to other openings. From the typical “Reversed Sicilian” or symmetrical structures to isolated pawns or Maroczy structure – the English allows all these changes. It is up to you to choose the most suitable one or the right move in order to trick your opponent into a structure that he/she plays less.

It is a fighting opening that leads to interesting, complicated middlegames. There is a lot of play in the English and few exchanges, which allows you to play for a win in those crucial games.

It doesn’t require much memorization. Although there is a great deal of theory in the English Opening, the character of the opening is much less forced, which allows room for creativity and changes in the move order.

It is more important to know the typical plans and where you should place your pieces.

5. English Opening: Solid, but not Dull

It is a solid, but not a dull opening. White has many different ideas at his/her disposal on each line and new plans and ideas are waiting to be discovered. It is an opening very rich in ideas and you can choose the direction you want to give the game. You could go for a long, positional battle or could go for the more aggressive plans.

6. Can be Both: Aggressive and Positional

The general opinion among club players is that English is meant for positional and slow battles. While there is some truth in that, historically, English has been employed by players with a very aggressive style and has produced amazing masterpieces.

Many very strong players have chosen the English as their main weapon with the white pieces and even the former World Champion Garry Kasparov has used it several times in his chess career with very good results.

English is an opening that can be tricky and unpleasant for black. With the great variety of move orders and transpositions available, it’s no wonder that the opponents can find it difficult to play against. A skilled player can keep the position flexible and decide on the final set-up only later when the rival has made a concession.

8. Helps to Improve Your Overall Game

One very important aspect is that English is an opening that will help you improve your overall chess understanding. The closed positions and few simplifications lead to complex middlegames that demand good skills in strategy and understanding of the typical plans of each structure.

You will find inspiration from many very strong players. We have already mentioned that Kasparov has used it in his repertoire. Other players whose games you could study are Botvinnik, Gurevich, Suba, but also Nakamura, Aronian, and Mamedyarov.

All in all, English is an opening that is easy to learn. It is not an opening where you’ll need to learn long, forced variations. But, you can play it by schemes and general chess understanding.

Looking for more on English Opening? Here are Complete Guide for White as well as This Topic with IM Valeri Lilov [TCW Academy].

Ready to learn the English Opening from IM Milovan Ratkovic?

What I have for you today is a complete and professional repertoire for white based on English Opening where every single response is covered and you’re guaranteed to get solid positions with a slight edge.

Join IM Ratkovic as he trains you in HD video and clearly explains all plans, ideas, and theories, leaving you armed to take on any level of opponent. 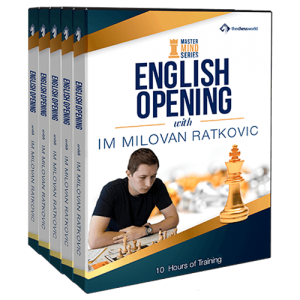