10 Reasons to Play the King’s Gambit 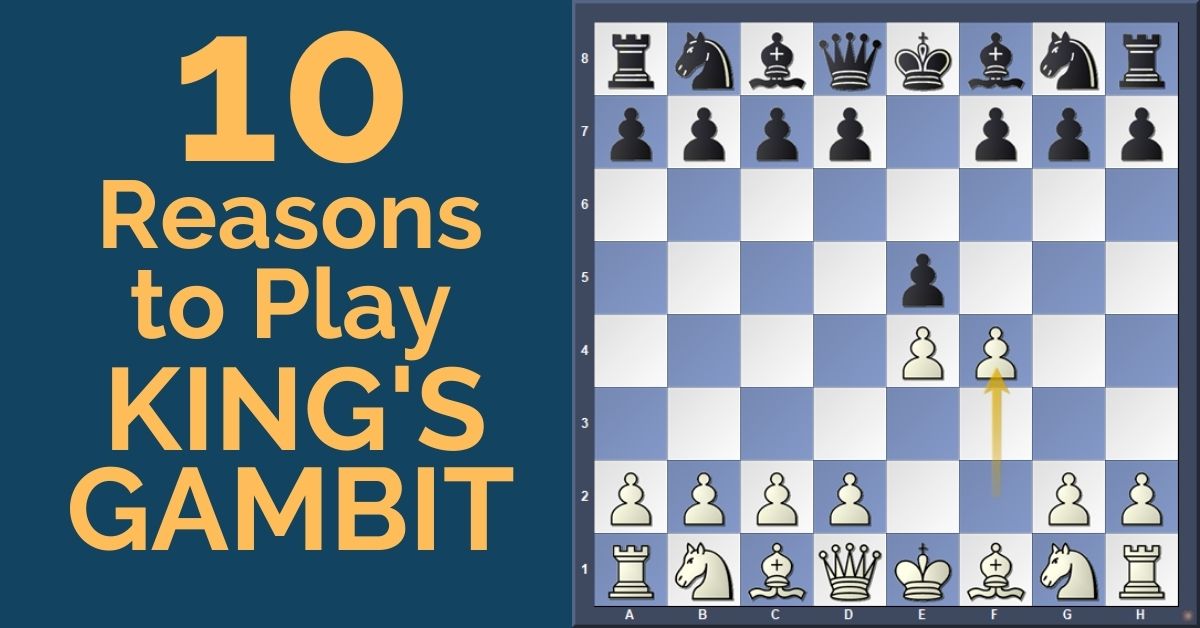 King’s Gambit: ready to learn it? One of the biggest questions when it comes to building a repertoire is should I focus on only one opening or include more than one option for each side? There is no right answer to this question; probably the way to go is what works best for you.

Both have their advantages and disadvantages. For example, playing more than one opening could result in knowing them less; you might not get to know all the subtleties and existing plans. The bright side is, of course, that you’ll be able to change your opening depending on the opponent you’re facing.

Specializing in one opening, on the other hand, will allow you to focus more on the plans and typical ideas and you’ll get to know the opening better. The downside, however, is that it will probably be easier for your opponents to prepare against you.

In this article, we are going to talk about an opening that doesn’t have to be your main choice but could be an interesting weapon to have in your repertoire – the King’s Gambit. Especially if you are a player who likes to attack, this might be the right choice for you, and here’s why:

1. King’s Gambit is one of the most aggressive responses against 1…e5!

What could be more aggressive than sacrificing a pawn on the second move? The positions that arise are many times complicated and full of tactical ideas. There are many interesting ways to play with white and black needs to know the right way to respond in order not to fall into a worse position.

2. It has the surprise factor!

Having the King’s Gambit as an ace up your sleeve could be especially useful against the opponents who are not expecting it. If black knows the theory and the way to develop their pieces, they will most likely be okay. But if you catch them off-guard, the results could be devastating.

3. King’s Gambit takes the game into your territory

You take the game into your territory right from the beginning. The King’s Gambit is a very forcing and direct opening and you are setting the tone early in the game; black doesn’t have a way to avoid it.

4. In it, you play for the initiative.

The initiative is a very important concept in chess and here you are fighting for it from the first moves. The idea behind the pawn sacrifice is to get your pieces out quickly, take control of the center, and be the first to create threats.

It is an old opening that was highly popular in the Romantic era. There is plenty of material to study and you will find many brilliancies where white completely crushes their opponent.

6. It Was Played by Many Top Players

Although not so popular at a high level nowadays, it has been employed (and still is, occasionally) by very strong players throughout the time. Players like Spassky, Bronstein, Shirov, Nakamura and even Carlsen have included it in their arsenal.

The theory in the King’s Gambit has developed a lot in recent years. However, since it is an opening that’s not so popular, many players don’t give it a lot of attention and will most likely try to develop naturally. And this is many times exactly what goes wrong for them – they can get into a lost position without making any obvious mistake.

8. It will help you Improve Your Tactical and Attacking Skills

It is an opening that will help you improve your tactical and attacking skills. As it’s an aggressive opening, the positions arising will usually be abundant in tactics. You will learn the most typical ones, but you will also need a sharp eye and be able to use the opportunities you get. You will also have to see many games, accumulate experience, and understand how to build a deadly attack.

The player with more experience will usually prevail in these complicated positions. Chances are that your opponents won’t have played it that often, but you will have enough experience and know what positions you want to get them into. From this point of view, it could be a great weapon to use in rapid or blitz games, where your opponent doesn’t have enough time to find the best continuations.

Last, but not least, the King’s Gambit is a very fun opening to play. It is always pleasant to throw arrows at your opponent, who has to defend precisely. There is a lot of room for creativity in the resulting middlegames and you can play with different ideas.

Looking for more on King’s Gambit? Here are the Look in The Present Day and 10 Best Games on This Opening.

Ready to Include King’s Gambit into Your Repertoire?

In King’s Gambit Mastermind, GM Petrov teaches you not just the theory, but also how the absolute legends approached the King’s Gambit so that you can follow in their footsteps and win just as brilliantly as they did.

Add to your 10 hours of high-quality video lessons a complete PGN file of ALL analysis and you’re armed with all you need to play romantic and devastating chess against 1…e5 …no matter what black tries! 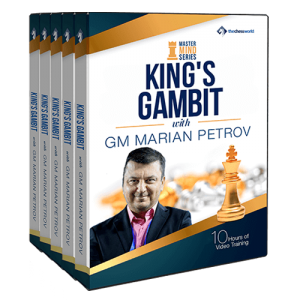 King’s Gambit is the first opening that comes into consideration, but of course, that is not everyone’s cup of