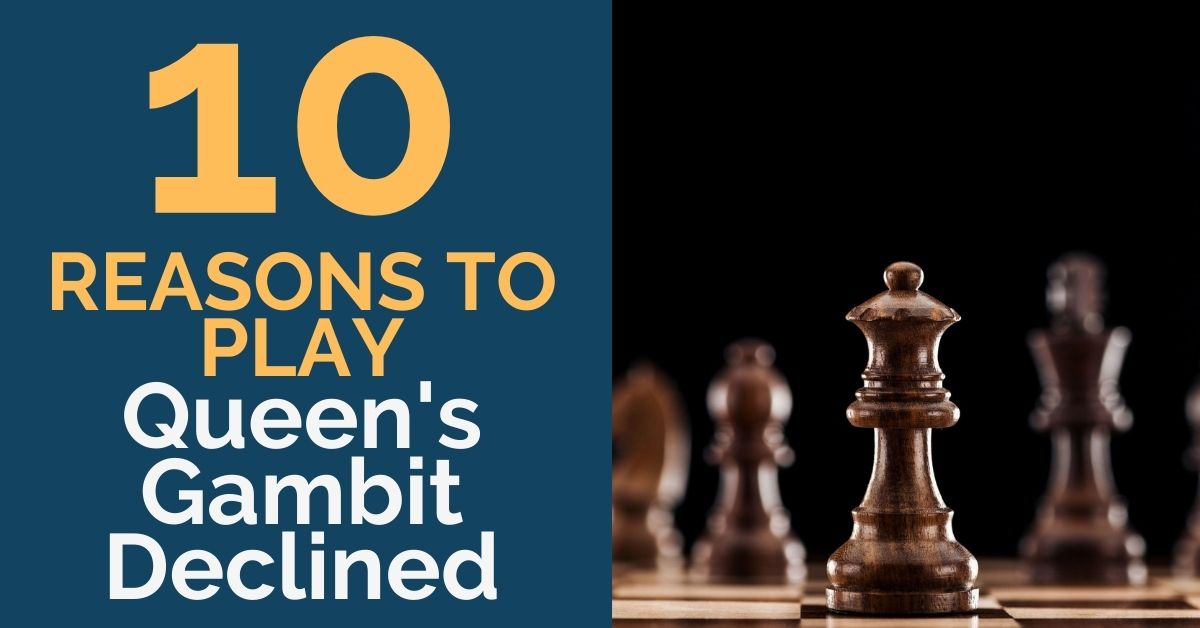 Queen’s Gambit Declined is one of the most classical and solid chess openings. It starts with the moves 1.d4 d5 2.c4 e6 when Black strengthens the center with a pawn and prepares the development of the kingside. Later, Black can opt for different schemes of development but all of them promise stability and safety. This opening is a frequent guest in a tournament practice at any level and should be studied by everyone.

If you got tired of losing after 1.d4 and are looking for a safe opening to encounter it, the QGD might be a good choice for you. Here are 10 reasons why you should add it to your repertoire. 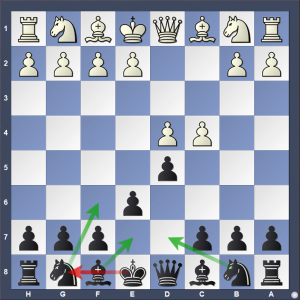 1. Queen’s Gambit Declined is a Choice of the Best Players

The QGD has been featured in most of the World Championship matches.

It served well to Jose Raul Capablanca and Emmanuel Lasker at the beginning of the 20th century and it is still working well for the best modern players such as Magnus Carlsen, Vladimir Kramnik, Fabiano Caruana, Wesley So, and many others.

2.This Opening is one of the Most Reliable Openings

The Queen’s Gambit Declined has the reputation of one of the most reliable chess openings.

Almost all the elite players have it in their repertoire, and it is extremely hard to beat them when they opt for this classical opening.

3. This Opening is Easy to Play

In This Opening, Black usually gets solid positions with good center control and a safe king.

The cost of a mistake is pretty low in this opening, so even after a few inaccuracies, the position remains playable. This increases Black’s chances for a good outcome.

There are no forced lines in the Queen’s Gambit Declined; both sides can play according to their understanding and try realizing their plans.

This is a good opening for those who want to avoid wild computer variations and play more positional chess.

5. This Opening is Good at any level

This is a great opening for those who only start playing chess as well as for club players, masters, and grandmasters. Stronger players only need to know it deeper.

If you choose to play it now, it can serve you well for your whole life.

Here Black plays chess in a solid classical way: you will complete the development, fight for the center and open files, use outposts for your knights, trade bad pieces, and so on.

This is a good opening to practice all of that.

The Queen’s Gambit Declined leads to numerous popular and important pawn structures. You will get an experience of playing positions with an isolated pawn or hanging pawns, learn how to deal with the minority attack in the Carlsbad structure.

Knowledge of the typical pawn structures is highly important in chess and can help you play many different openings well.

8. With This Opening You Can Opt for Different Plans

Queen’s Gambit Declined offers many different plans for Black You can learn a few of them and vary according to the tournament circumstances.

This will make you less predictable for your opponents and enrich your strategic knowledge.

9. Lots of Ideas yet to be found in Queen’s Gambit Declined

This opening has been played for hundreds of years but new plans and concepts are still coming out and, of course, a lot of ideas are yet to be found. That makes it more interesting to play and investigate.

10. Less Preparation Needed before the Rounds in QGD

If your repertoire consists of sharp openings, you need to go over the lines and brush up on them before your tournament games. Otherwise, you are risking forgetting something and getting a bad position.

With the Queen’s Gambit Declined, you will sleep better before the rounds: no need to be nervous about the opening stage.

Ready to Include Queen’s Gambit Declined into Your Opening Preparation?

IM Milovan Ratkovic comes in with his latest course QGD Mastermind – a 10+ hour video training focusing on refuting the best possible replies by White (including some tricky ones like the Catalan or the London). 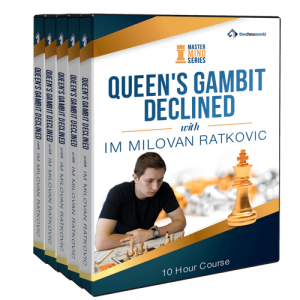 Get your copy of QGD Mastermind 60% off