10 Reasons Why Every Club Player Should Consider 1.b3 Larsen’s Opening 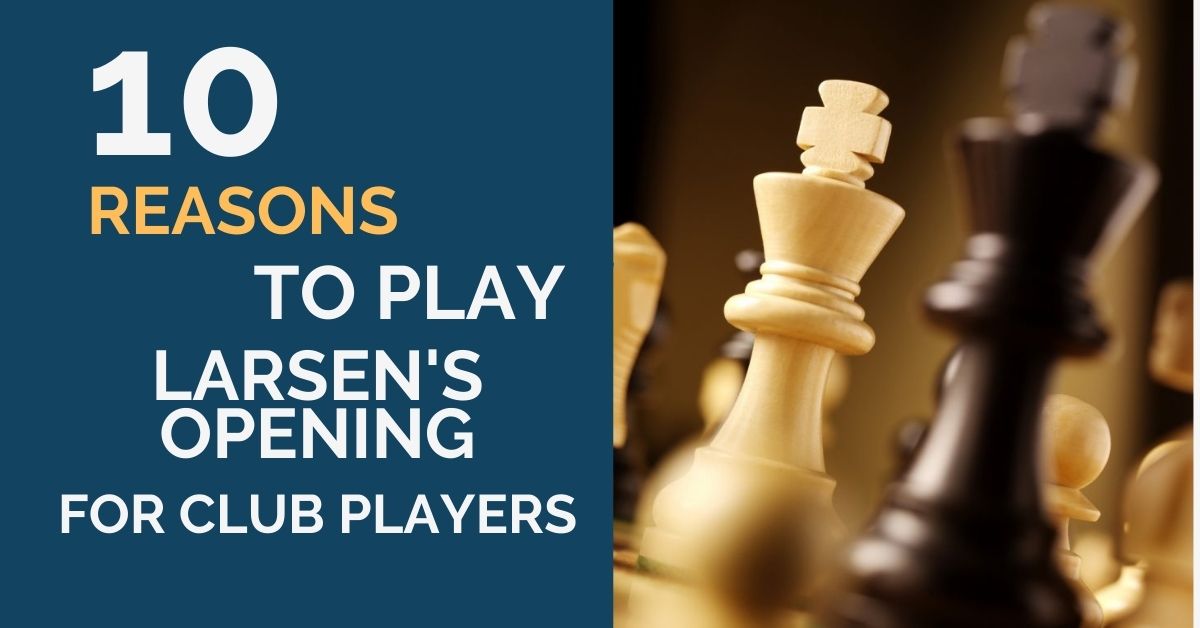 It is getting harder and harder to achieve any advantage with White pieces in the main lines. Black seems to hold their own in most of the popular openings. Modern chess players of all levels have an access to the strongest engines, and they use them for opening preparation. Usually, your best chance against such players is to play something they don’t know. This way you avoid playing against the machine moves in the beginning. This approach made the Larsen’s Opening (1.b3) quite enticing for White. In recent years, many strong grandmasters started using it with great success.

In this article, we will see why this could be a good choice at the club level as well: here are 10 reasons. 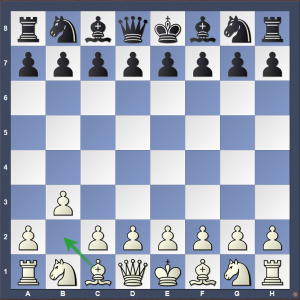 As was mentioned above, the main advantage of playing 1.b3 is avoiding main lines. It allows you to actually play chess instead of competing in memorizing. Although I suggest you learn it well so you will know what to do while your opponents will not. That is the most efficient strategy.

1.b3 is only the sixth move by popularity. Most likely Black will not be prepared against it as well as against 1.e4 or 1.d4. It is great to get your opponent out of the book so early. They will feel uncomfortable and have to play on their own.

After 1.b3 you will most definitely place your dark-squared bishop on b2, but what about the rest of your army? You can choose different setups and plans after that and even adjust your strategy according to your opponent’s opening play. This makes you less predictable and makes your play more versatile.

4.Larsen’s Opening has Room for Creativity

The arising positions are much less explored than the mainstream lines. This means you still can find many unusual and new ideas here. It is also good in case you got bored of playing the same openings over and over again. Add 1.b3 into your repertoire and play whenever you need a breath of fresh air in the openings.

Both players can set their pawns in many different ways. This means you will be able to practice a lot of typical positions, including ones with a queen’s isolated pawn, hanging pawns, double fianchetto, and others.

6.Valuable Experience for the Other Openings

The experience in the arising positions will help you when playing such popular openings as the Nimzo-Indian and Queen’s Indian Defenses, the Owen’s Defense, the English Opening, some of the Sicilian variations, and others.

7.Larsen’s Opening is Favorite of Many Grandmasters

Many grandmasters use the Larsen’s Opening frequently, which means they trust it and think it gives good results. Hikaru Nakamura, Ian Nepomniachtchi, Vladislav Artemiev, Wesley So, Baadur Jobava are just some of them. It is also good that you can look at their games in this system to grasp more ideas.

8.Larsen’s Opening is Good for Blitz and Rapid Chess

It is especially hard to play unfamiliar positions in shorter time controls. That makes Larsen’s Opening a great weapon for blitz and rapid. Relying on your experience and knowledge, you will play fast and confidently, while your opponents will be struggling.

This way you avoid any forced drawish lines that your opponent could prepare. The arising positions promise to be interesting and unusual, so you can use 1.b3 when you need to play for a win.

10.You Don’t Need to Memorize Much

The flexibility and the variety of options make it possible for you to choose the direction of the game in the Larsen’s Opening. You can learn different setups and plans and build your games around them without memorizing precise moves.

This also makes 1.b3 a lifetime weapon. You will be able to play it a lot and avoid your future opponents’ preparation by changing plans.

Ready to Include Larsen’s Opening to Your Opening Repertoire?