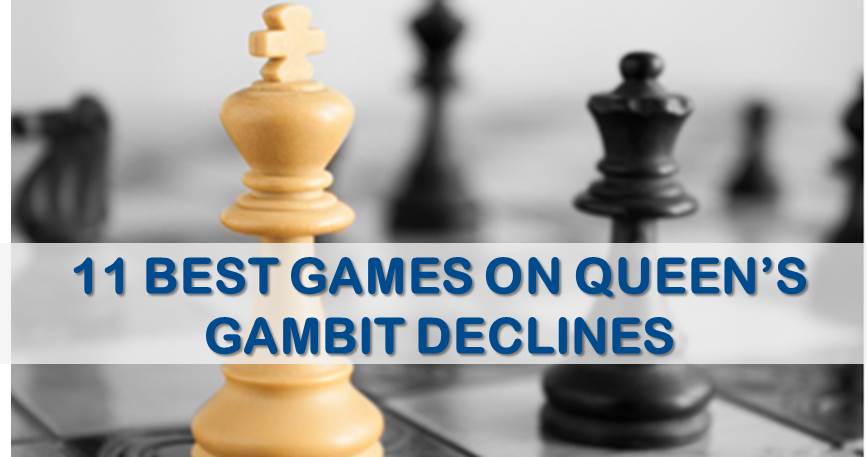 Queen’s Gambit Declined is a very popular variation of the Queen’s Gambit in which black declines the pawn sacrifice offered by white. Move 2…e6 supports the central pawn and releases the dark-squared bishop. Black obtains a solid position, but gives white some edge in the center as well as making light-squared bishop passive. In some variations, black can totally give up the center playing …dxc4. This defense is probably one of the safest ways for black to treat 1.d4. Many great games were played with this opening and will explore some of them in this article.

Ready to start winning games with Queen’s Gambit (Declined)? Check out our store and articles:

We also recommend reviewing the 3 Best Openings for Beginners.