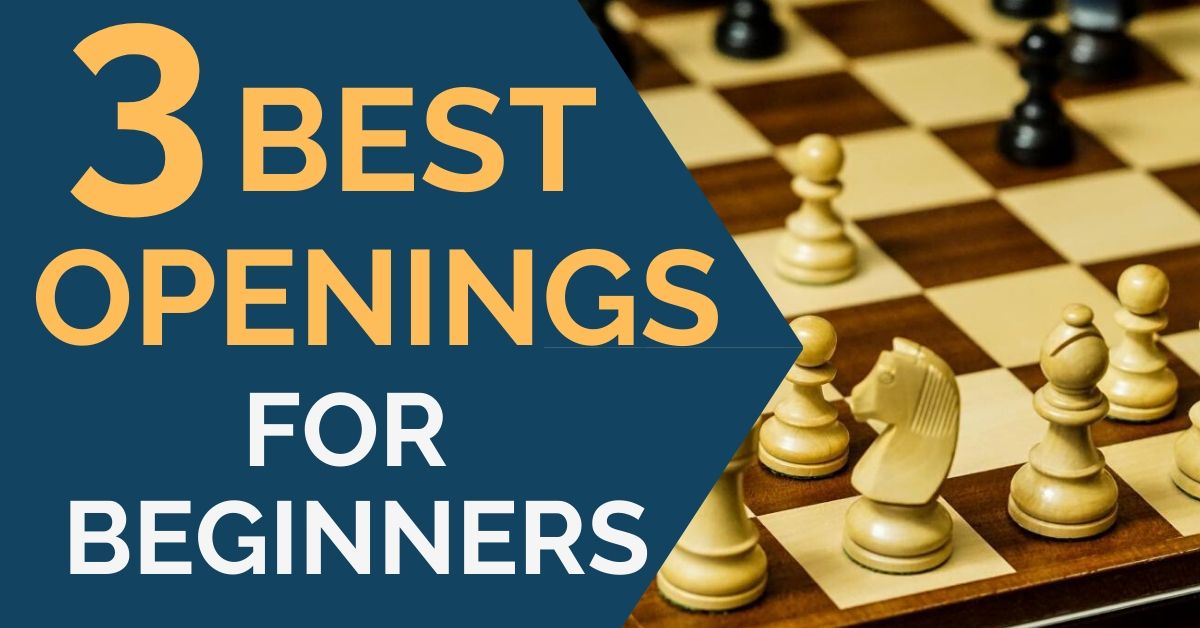 Openings: A beginner may easily feel overwhelmed when facing the choice of what to play at the beginning of the game. There are so many openings, so much theory!

What is he or she supposed to do?

What are the best openings for beginners?

The answer is, as usual in such cases, that it depends.

So for a talented kid, there are no good or better openings, they are all part of the learning process.

What about the beginner who wants to enjoy the game?

(Bear in mind that a player needs at least two openings with Black – one against 1.e4 and one against 1.d4 and the other closed systems – and one with White.) 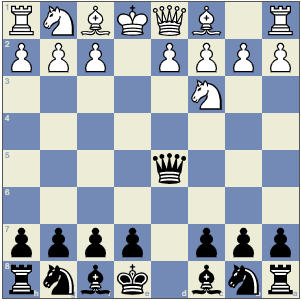 With Black against 1.e4, I would recommend the Scandinavian Defence.

It’s simple and easy to learn, there is not much theory and the ideas behind it are easy to grasp. To give you a concrete example, I recommended the Scandinavian Defence with 3…Qd8 (after 1.e4 d5 2.ed Qxd5 3.Nc3) to a friend of mine who wanted something quick and efficient to start the game with.

Black’s idea in the Scandinavian is simple – he gets the bishop out to f5 or g4, then the pieces are developed in the following fashion: the pawns go to c6 and e6, the knights go to d7 and f6, the other bishop to e7 and Black castles.

There are a few ideas in the middlegame, like the knight jump to d5, what to do if White takes on d5 and a Carlsbad Structure arises after Nxd5 cxd5, striving for the …c5 push, the ideas with …a5-a4 and that was pretty much it. This makes the Scandinavian Defence a very practical opening and one that all beginners love because it is the ideal opening for them – a little to learn and then they feel ready to play it. 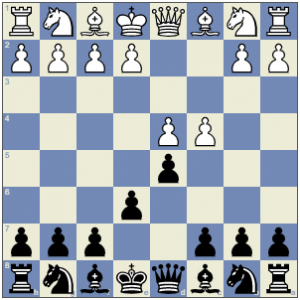 With Black against 1.d4, I would recommend the Queen’s Gambit Declined.

The reason for this recommendation is that the set-up of the Queen’s Gambit Declined is universal against everything – against 1.Nf3, 1.c4, 1.b3, 1.f4

This is more or less everything the beginner needs to know in order to play the opening comfortably and obtain a good position after it. 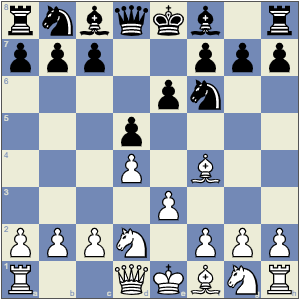 With White, I would recommend the London System.

Similar to the Scandinavian, it is simple and straightforward. It guarantees smooth development and a robust position in the center.

At some point, the move h3 can be played to secure the dark-squared bishop, and there you are – White has a solid position with good center control and development and no weaknesses. His plans afterward are also relatively simple: he can jump with the knight on e5 and build his play around it, he can take on c5 and push e4 or c4, he can expand on the queenside with b4 and a4, he can use the a-pawn to grab space on the queenside with a4-a5-a6. Again, this is more than enough for the beginner to start the game with White and obtain a good starting position in the middlegame.

As can be noted from the brief descriptions of the openings above, a common characteristic of all three best openings for beginners is that to a certain degree they are all “schemes.”

Schemes are openings that you can play more or less automatically, without paying attention to what the opponent is doing.

Another example of a scheme is the King’s Indian Attack (1.Nf3, 2.g3, 3.Bg2, 4.0-0, 5.d3, 6.Nbd2 and 7.e4), for example. The essence of the schemes is their simplicity. The schemes are a good shortcut in studying openings because they are safe and they guarantee a good middlegame position.

An important factor that unifies all these three openings, and one that is also characteristic of a scheme, is that it is difficult to go wrong in them and, perhaps even more important for beginners, to blunder something. This is of utmost importance for beginners, as blundering early has the tendency to kill the joy from that particular game.

Creating a simple opening repertoire as outlined above can be a quick first step for a beginner to start the game with a guarantee that he or she will get a game. By playing a scheme the beginner will also feel confident of not only the opening but also of the middlegame as he will have some knowledge of the possible plans that he or she can follow up with.

The opening for beginners should serve as a stepping stone to learning “how to play chess” – this means greater tactical control by avoiding blunders, some basic strategy, and then endgame play, both theoretical and practical. Only when the level of these aspects of the game has been raised, should the player (now not a beginner anymore) return to the opening and re-evaluate whether these openings still suit his or her needs.

Want to take your openings a step further?

Most beginners have HUGE problems with the opening preparation.

They either spend too much time on a single line trying to memorize it till moving 35. Or, simply get lost in never-ending sub-variations.

Sounds familiar? This course will fix it! 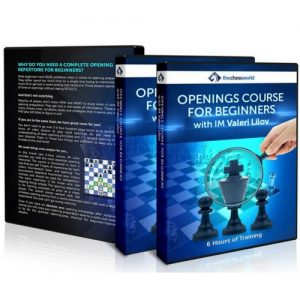 Get Chess Openings for Beginners

Thanks Rubesh, glad you find it useful!