5 Opening Traps and Tricks Every Beginner Must Know 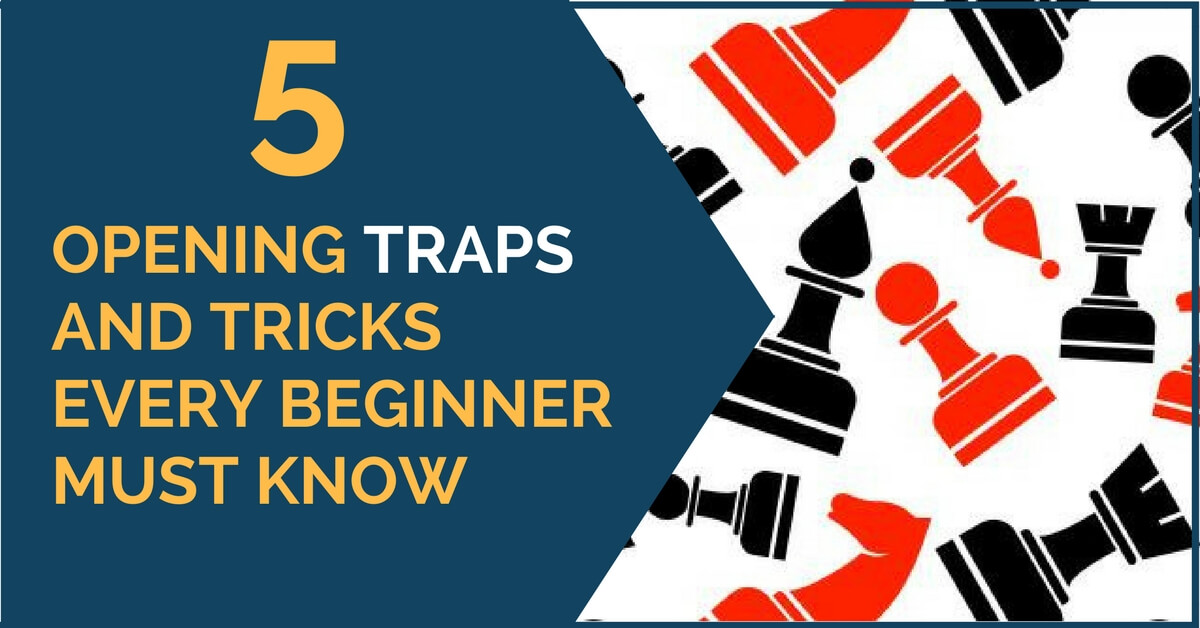 Opening Traps and Tricks: How many times do we lose a game or get a clearly worse position right out of the opening because we don’t know the secrets and hidden traps in it? As a beginner, it happens many times over the board and it seems like this is the only way we had to learn them; the hard way, so to speak. Of course, this is always a difficult blow to digest; it’s a very bad feeling when we lose a game in only a few moves due to a lack of theoretical knowledge or lack of awareness. Openings were a very tricky thing 20 years ago; now, thanks to the amount of information that is available to anyone, things are different. Not to mention that we now have a much better place to lose than in a tournament game – the online play.

In this article, we have compiled a few popular tricks and traps that are obvious for the experienced player, but not so simple for beginners.

Let’s start with some very easy ones:

1. Tricks and traps in the Sicilian 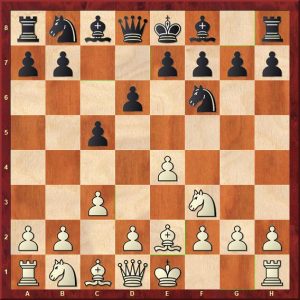 This is often seen in kids’ games who are prepared in the main lines of the Dragon or the Najdorf variations but have never seen 3.c3. The e4 pawn is poisoned because of the queen check on a4 picking up the knight on e4 later. This is easy to realize so let’s say you play 4…Nc6; white reacts with 5.d4 and now black can take on d4: 5…cxd4 6.cxd4 and grab the pawn on e4 6…Nxe4! 7.d5!

And now black must play Qa5+ to stop the white queen check on a4.

This is a tricky line even at the advanced level of 2100-2300 and we could call it a somewhat mix of the Rossolimo variation  [recommend in the Best Opening Systems for White]. 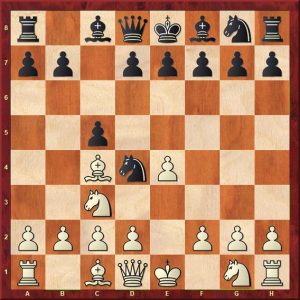 Here black has a number of moves, but 4…g6 is very popular among aficionados. The fianchetto is usually a good idea against the closed systems but beware 5.Nf3 – Bg7 5.Nxd4 – cxd4 6.Qf3!? Here comes the trap 6…e6? 7.Nb5! threatening an ugly check on d6 so black plays 7…d6 and now 8.Qa3! we can conclude that black is close to being lost out of the opening. There are several games in which white caught black unprepared with this line.

The only move is 7…Nh6! After which black is OK.

3. The killer Nd4! In the Morra Gambit

This was a game winner in the club a long time ago, not anymore. 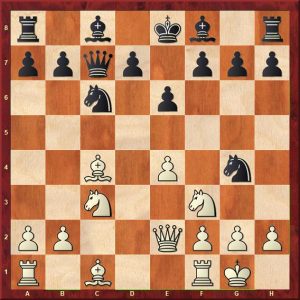 The next move in the Morra plan should be 9.Rd1.

However, in Morra Gambit it’s easy to realize that 9.Rd1 Bc5 can be awkward, so why not play 9.h3 (??) In this case, black plays 9…Nd4! And white can resign. This line is quite unpopular nowadays because white has found more sophisticated ways to play against it.

Opening Traps and Tricks: Tricks in the Spanish Opening

The Spanish opening is one of the most solid openings for both sides and yet there are several lines that can be tricky for the beginner. These 2 traps are quite effective among club players. 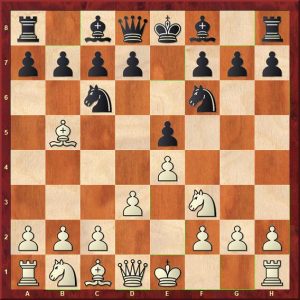 Now black plays 4…Ne7!? A surprising move; is that even possible? The idea is Ng6 so why not take on e5? After 5.Nxe5? black has 5…c6, winning a piece. There are a fair number of victims of this trick and in some games white even continued to fight and eventually win but right now, black is much better. 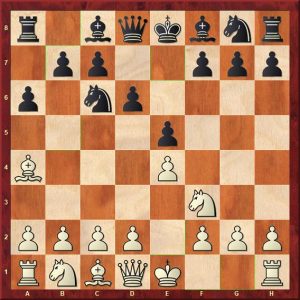 It is natural now to play 5.d4 but after 5…b5 6.Bb3 Nxd4 7.Nxd4 exd4 White should be aware that 8.Qxd4 loses a piece after 8…c5! Followed by 9…c4. This is quite an effective trick that even players above 2300 rating have fallen into. The right move is 8.c3 with more than enough compensation if black takes the pawn.

We hope you have enjoyed reading this little article on opening tricks, there are plenty more but we keep them for a future sequel. Thank you for reading!

thanks, sir for this wonderful article most of them are very new and I had never seen and it is funny that a lot of advanced player fall for this traps and tricks in the real game.

Thank You very much for this article. Really practical article.