King’s Indian Defense: 5 Reasons to Play It in Must-Win Situations 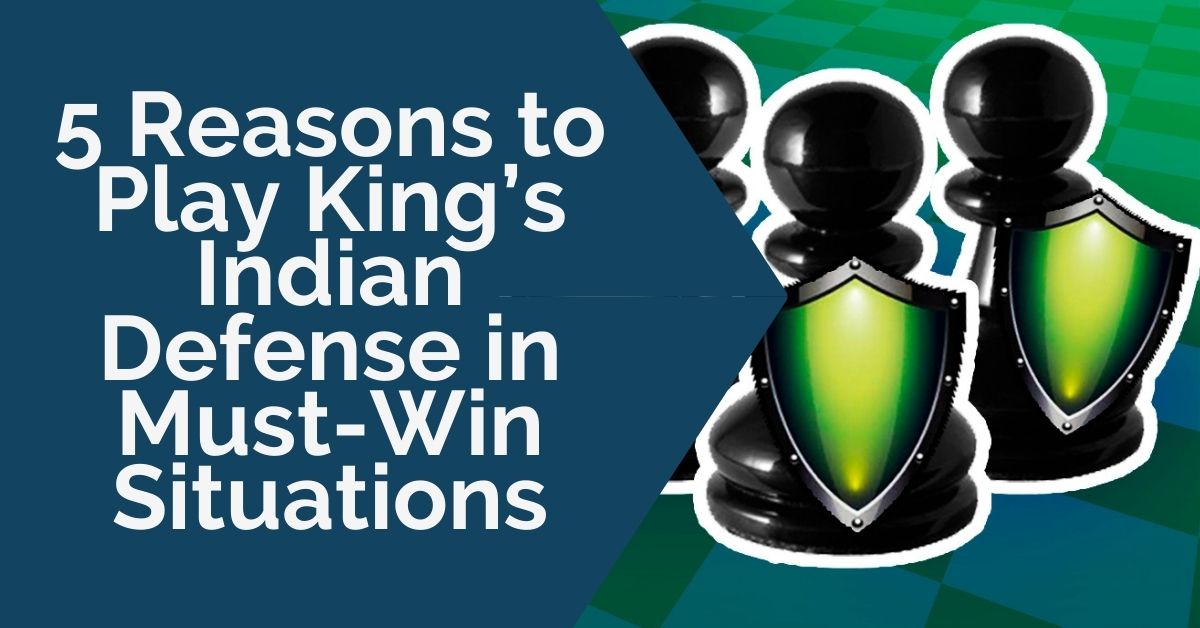 King’s Indian Defense is an aggressive opening with a rich history. In the middle of the last century, it was popularized by great Soviet chess players such as Smyslov, Geller, Boleslavsky, Bronstein, Stein, and others. Later, it became the main weapon of the greatest chess players of all time Robert Fischer and Garry Kasparov.

Chess is extremely popular nowadays. A lot of people participate in different tournaments all over the world. To get on top in such a competitive field, you have to win frequently.

The old strategy of winning with White and drawing with Black pieces does not work in open tournaments.

You should play for a win with Black as well. If after 1.e4, Black traditionally has some ways to complicate the game, the first move 1.d4 usually leads to solid positions with a big margin of safety for White.

Most of Black’s openings against 1.d4 don’t provide many winning chances, especially if White wants to make a draw.

But still, what if you must win the game? Is there a good opening choice for such situations?

King’s Indian Defense nicely suited their fighting spirit and allowed them to play for a win with Black pieces. Nowadays, the elite grandmasters mostly prefer solid openings but we still see the King’s Indian a lot when it comes to playing for a win. This opening provides a good balance between reliability and aggressiveness. Here are 5 other reasons why you should play it in must-win situations.

1. With This Opening There is No easy Life for White

The most common scenario in the King’s Indian Defense is when Black pawn storms White’s king and White tries to break through on the queenside. This is exactly what you need when playing for a win: sharp complicated positions with lots of tactical and strategic ideas. If White refrains from such races and chooses a more solid line you still can place your pieces actively and generate some counterplay.

2. With King’s Indian Defense There are No Early Simplifications

In some openings, White can trade a lot of pieces right in the beginning and make a quick draw. This is not going to happen in the King’s Indian Defense. Here Black can complicate the game even in the Exchange Variation. Moreover, most of the arising middlegame positions have all the pieces remaining on the board. This is a good factor when you want to win.

3. With This Opening There are No Popular Forced Draws

There are some sharp openings that look like they give good winning chances but the issue with them is that White can know some forced lines that lead to a perpetual check or threefold repetition. This often happens, for example, in the Najdorf variation of the Sicilian. Luckily, there are no well-known lines like that in the King’s Indian Defense. Your opponents will have to play on their own.

The King’s Indian Defense is a hypermodern opening. Black starts the game by giving up the center with the idea to attack it later. This leads to positions where both sides have some strategic pros and cons. It also gives Black a wide diversity of plans: they can break White’s center by means of …e7-e5 or …c7-c5 pawn pushes.

The latter can turn the game into the Benko or Modern-Benoni types of position. Asymmetrical pawn structure on the board full of pieces should give you lots of possibilities for how to outplay your opponent.

Finally, let us take psychology into account. When you play the King’s Indian Defense, you show your intentions to fight. If your opponent wants to make a draw, they will not be happy seeing it. Now they will have to pull up a whole fight instead of making an effortless draw.

This realization can lead to mistakes from their side, especially if they will try simplifying the position too much.