5 Reasons to Play the Catalan 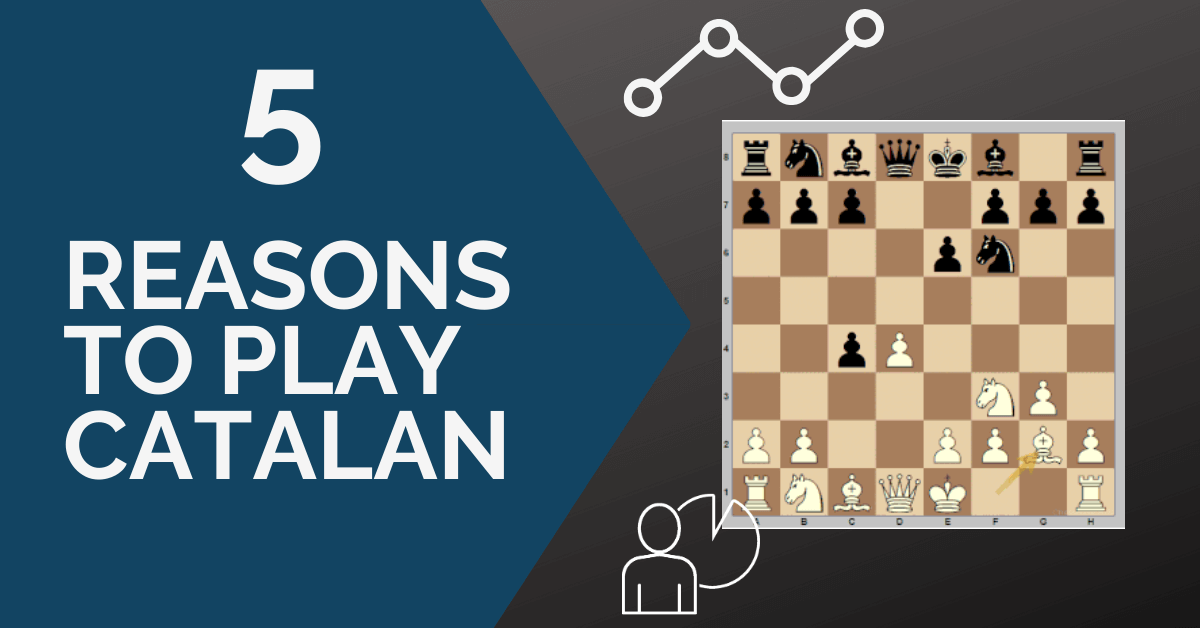 Catalan is one of the most common opening choices for white. If before it was mostly seen at the top level, its popularity has slowly increased and is nowadays one of the top choices at every level and is a usual guest at almost every tournament. The bishop on g2 is one of the key pieces in this opening, as it supports white’s main plans: the central break with e4 and the attack on the queenside.

It is a resourceful opening and, if you are thinking about giving it a try, here are some reasons why it could be the right choice for you.

1.It is a solid, though far from boring opening

One interesting fact about the Catalan is that it has a little for everybody. First of all, contrary to what most would expect from a closed opening, it has a lot of potential of becoming dynamic.

In fact, this potential comes precisely from the fact that the center is closed and black’s counterplay on the queenside can be rather slow. Depending on black’s set-up, white can maneuver his pieces around and get ready to penetrate black’s kingside defenses. Many times, however, queens are traded off the board and the fight remains to be decided in the endgame.

If this is your forte, the Catalan has plenty to offer. This opening is also perfect for the players who like accumulating small advantages and keeping them for a long time until they can finally be converted.

2.Many ways to play it

The Catalan is full of interesting ideas and the good news is that you don’t have to commit to any of them. You can easily make changes and play something new inside the same opening. Once you get to understand the ideas, the set-ups and the plans in each type of position, it will be easy for you to juggle between them.

This way you can still surprise your opponents without having to make big changes in your repertoire.

3.Perhaps one of its biggest qualities

the Catalan set-up can be reached from various move orders. Whether you start by 1.c4, 1.d4 or 1.Nf3, you can still transpose to the Catalan if you feel like it. This allows you to play with the move orders in order to reach the desired set-up, without letting your opponent know what your intentions are from the very beginning.

4.It is rather easy to play the opening

in the sense that, in spite of the labyrinth of variations you will find available, the situations where you have to rely on your memory only are not, in fact, so many.

The moves are often logical and can be easily guessed even if you don’t remember the theory exactly. Furthermore, if you study the resulting middlegames, see many games and understand the ideas, your work in learning this opening will be made much easier.

5.It has a great legacy behind

It is always reassuring to know that great players such as Botvinnik, Kramnik, Kasparov, Aronian, Gelfand or Andersson have chosen the same opening as you. This gives you plenty of quality games to study and get inspired by. For example, Andersson is famous for the way he handled the resulting endgames. His endgame technique is remarkable and, if you want to improve yours, his games are a great source of inspiration and not only for this opening.