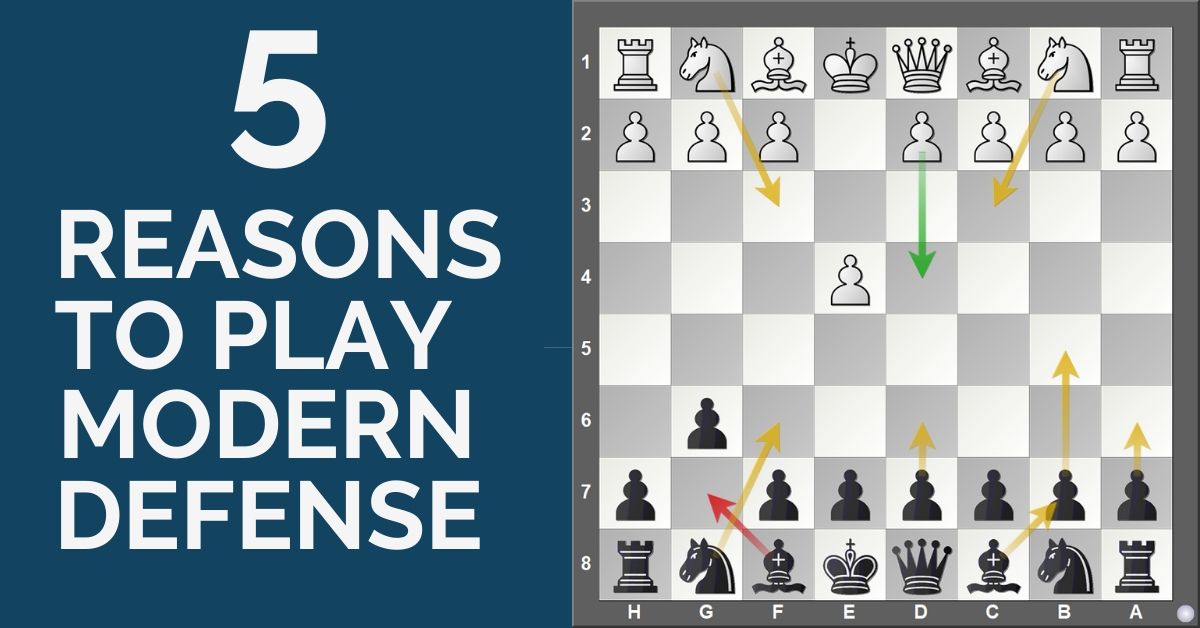 Modern Defense: are you ready to learn it? One of the most important steps for a chess player is deciding on a reliable repertoire that will become their trusted weapon in future games. There are so many things to address – where to start, how do I know which opening is best and most suitable for me?

Also, do you want a solid opening choice or do you want an immediate open, aggressive game? All these questions play an important part in the selection process and you’ll need to answer them objectively.

If you are still struggling with finding an adequate opening for black, we suggest you take a look at the Modern Defence, a hyper-modern chess opening that has been slowly gaining popularity. Here are a few reasons why it deserves your attention.

1. Modern Defense is a Great Opening to Play for a Win with Black

The first and probably most important thing you have to know about the Modern Defense is that it is a great opening if you need to play for a win with the black pieces.

As there isn’t much contact right from the beginning, trades are not so easy to make. It also allows you to keep many pieces on the board. And, to go for a long game with chances for both sides.

2. This Opening Can Be Tricky to Play Against

If your opponent is not very well prepared for Modern Defense, it can be difficult for him to find a good set-up over the board. It is based on a rather unusual concept. Black is not fighting for the center-right from the beginning, allowing white to occupy it with his pawns.

However, this is where it gets tricky – many times white runs the risk of over-extending, whereas black doesn’t have any important weaknesses. Once your opponent has gone wrong and weakened himself too much, you can strike back and fight for the advantage.

3. Modern Defense is a Flexible Opening

If you prefer to have more opening choices and be able to change whenever you like – for example, depending on who you are facing – Modern Defense could be the right opening for you.

You don’t have to learn two new openings, but rather new ideas inside the same one. There are many set-ups in Modern Defense you can choose from. If you do so, white should be well-prepared to face each one of them.

4. This Opening leads to interesting, original positions that are worth exploring.

There are, of course, many games you can learn from and study the plans. But, there is also a lot of room for new discoveries. You can also find and put into practice your own ideas.

And we have left one of the best points for last – the good news is that you won’t have to learn too much theory either!

Rather than learning and remembering exact moves and long lines, you will have to study many games, find the plans, and understand the resulting positions. This is a great opportunity to learn a new opening and improve your chess understanding at the same time – study structures, plans, and other typical middlegame ideas.

These are only a few reasons why you should give this interesting opening a look. And, see if it could fit your style. Check out the games played by the specialists of these openings and play around with the typical plans. Also, we are sure you will discover other new reasons why the Modern could find a spot in your repertoire!

Looking for more on Modern Defense? Here are 10 Reasons to Play It in Blitz.

Ready to get started with Modern Defense?

IM Milovan Ratkovic has just released the ultimate “quickstart” course on the Modern Defense, a 10-hour mastermind covering move orders, attacking plans, and strategic blueprints you can implement in your own games. 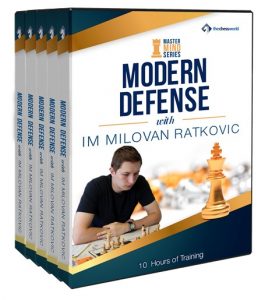 Get your copy of Modern Defense Mastermind now