Opening Principles: Many chess players get in trouble in the openings because they are not familiar with general opening principles. These players may know the opening lines that they usually play, but if something goes differently they get confused and in danger to get an inferior position and even losing the game. The goal of this article is to remind you of these seven very important opening principles that every chess player must know.

It is not a secret that the main objective of opening is development. Even though it sounds like common sense it is not the case for many amateur players. Some players use this phase of the game for quick queen checks, pawn hunts, and the launch of the unprepared attacks.

Needless to say, after their cheap shots fail (and that happens in 99% of the games) they end up in deep trouble. Imaging being way behind in development, with an exposed king stuck at the center, under the attack of the opponent’s rooks and the queen. Not a very pleasant position to be in. Focus on rapid development and you won’t be one of these “unlucky” players that lose in 15 moves.

In the position below Black is 2 pawns up but he is so much behind in development that the game is already lost.

This is a general rule to remember. Typically you want to move each piece just once during the opening phase. Unless there is a very good reason (serious material gain, checkmate, etc.) to move the piece twice, it should be avoided. Give a chance to other pieces to get developed before you start repositioning already developed pieces.

It seems like white found a nice attacking move Nb5, threatening a vulnerable c7 square. But this move was an inaccuracy because it violates one of the basic opening principles of not moving the same piece twice. Black can easily defend with Qf7, simultaneously opening the diagonal for the light-squared bishop. White just lost a tempo. It would’ve been better for white just to play O-O. 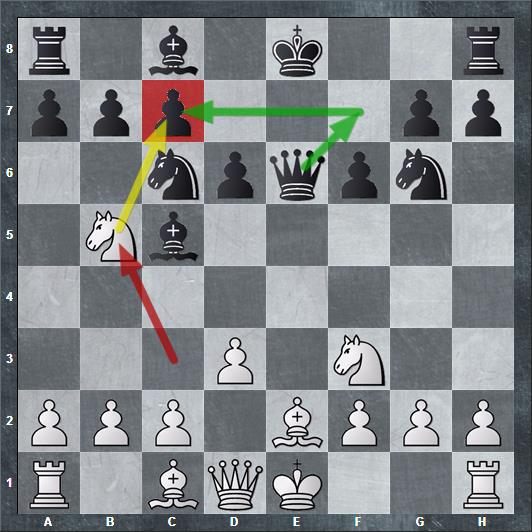 Don’t spend valuable time in the opening making unnecessary pawn moves. Generally speaking, you should only make pawn moves when they are needed to develop the pieces (central pawns, fianchetto, etc.) Especially avoid prophylactic pawn pushes; they don’t do any good in the opening.

White just played an unforced pawn move h3. This is not a very good move because it loses time. Better is just Qe2+ or Nxd5. 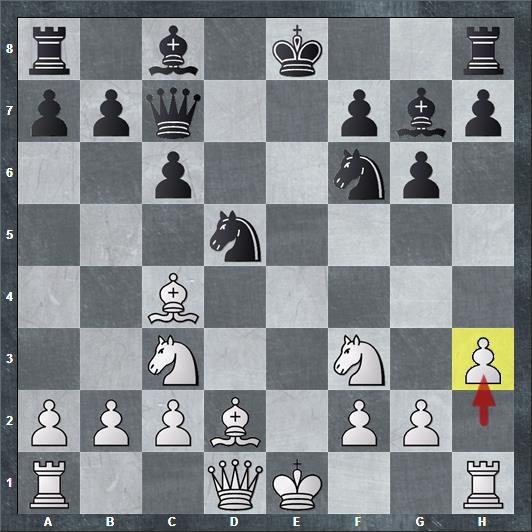 There are many reasons to develop knights before bishops. First of all, the knight is a short-range piece, meaning that it only can control the nearby squares. If a knight is not developed its effectiveness is close to zero. At the same time, a bishop is a long-range piece and can control many squares even from the back rank. Also, by developing the bishop before the knight you are leaving a knight’s pawn unprotected. 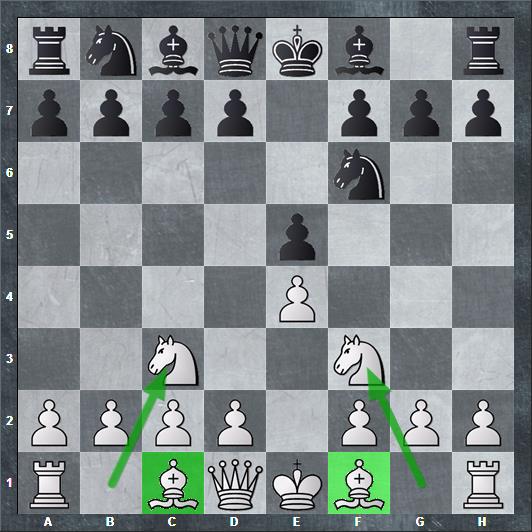 In order to develop a piece, you invest a valuable chess resource: time. If you exchanged a well-positioned piece for an undeveloped counterpart you are losing tempos, and that’s something you definitely want to avoid in the opening. Use these tempos to develop more pieces instead!

In the position below it is not a good idea for white to play Bxb8 because it will lose a tempo. 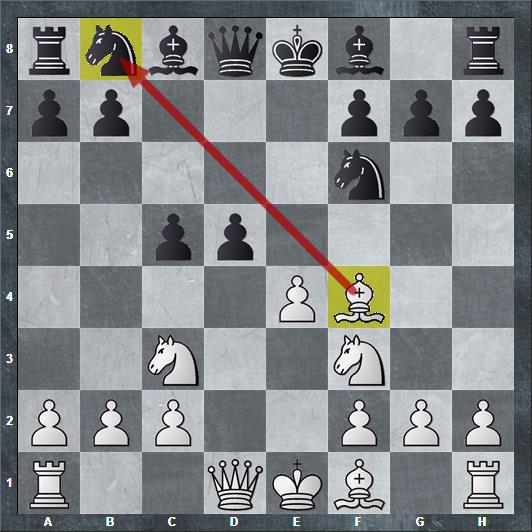 Putting the King to safety is one of the priorities of the opening. Keep in mind that contrary to a popular belief it is much harder to attack the castled king. At the same time, castling connects the rooks, allowing them to work more efficiently. Always castle early in the game! Following these simple rules will save you a handful of games. 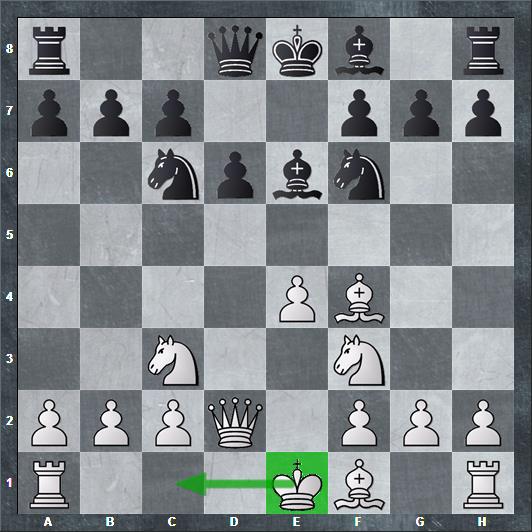 The spatial advantage is a very important aspect of chess. Generally speaking, a player that possesses a spatial advantage has control of the game. Space allows you to much more efficiently coordinate the pieces for both attack and defense, at the same time preventing your opponent from doing the same. In our training course, we have excellent examples and a much deeper explanation of how spatial advantage can be effectively used and converted into a win.

Notice how white advanced his pawns to occupy more space. 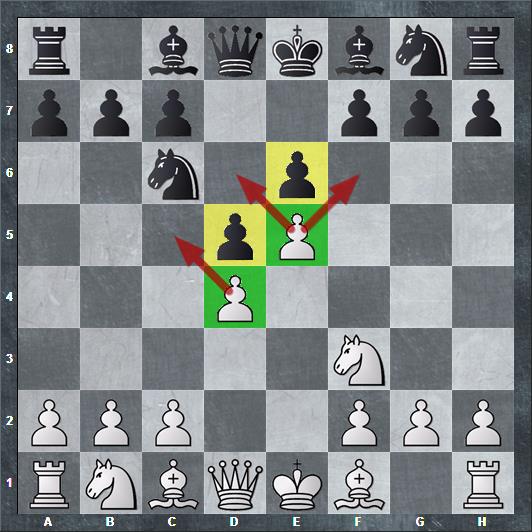 Ready to apply Chess Opening Principles? Check out our store and articles:

Great article Yury, I would like to add one more opening principal and that’s intention of controlling center squares and developing pieces near the center. It’s partly related to rule #7. So the good practice is to start opening with d4 or e4 pawn.

Thanks Bhanubhai, I’m glad that you find it helpful 🙂