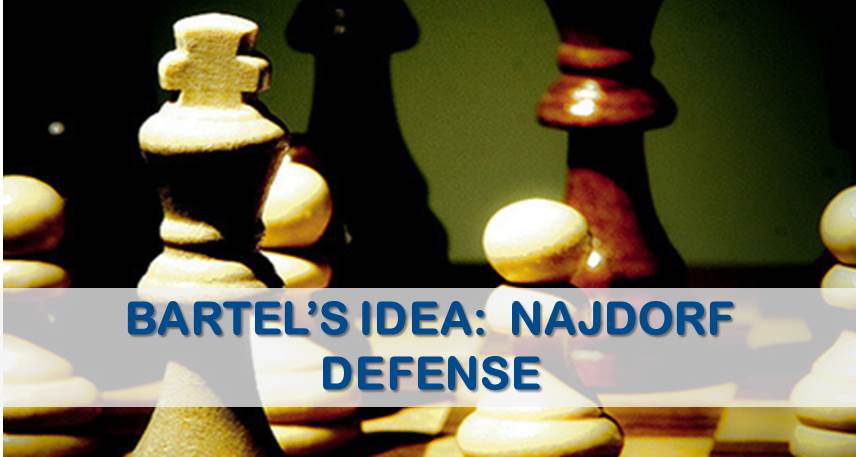 Bartel’s Fresh Idea in The Najdorf Defense: Opening theory advances at super-speed nowadays. One idea is played today, and tomorrow players from all around the world already have an eye on it and the engines running in order to find antidote and improvements. It’s hard to be original these days; however, Grandmaster Mateusz Bartel demonstrated that there are still ideas to be developed and they can be played at the highest level.

Bartel is a Grandmaster from Poland, his rating is 2625 and beyond his tournament victories, we can say that he has a very aggressive style, always producing interesting games. He is definitely a player to keep on the watch list. In the recently finished Aeroflot Open where he finished third, Bartel played the move 6.Nb3 against the Najdorf twice – first against the super-strong Russian Grandmaster Artemiev, V and a couple of rounds later against Boris Gelfand, a well-known specialist of the Najdorf variation. In the first game, he obtained an outright victory, showing some very nice attacking plan.

Bartel did not hesitate to play 6.Nb3 against Gelfand as well, and he obtained a much better position that became complex with chances for both sides. The game finished in a draw after a long fight. 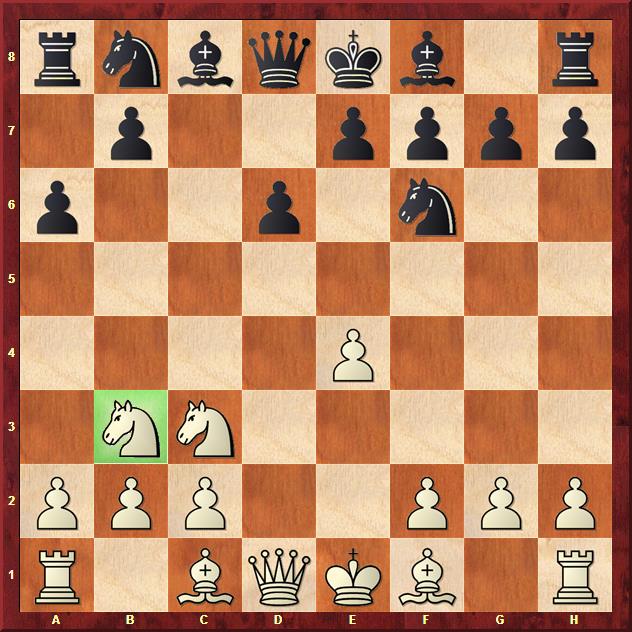 There are only a few valuable games in the database with this move order. It is difficult to guess what Bartel had in mind against a “Najdorf” move like 6…e5. However, after 6…e5 white has played neither Be2 nor Be3, so he has the freedom to play any move, transposing to more known patterns. Our guess is that Mateusz would continue with 7.g3 transposing to 6.g3 e5 7.Nb3, a line he has played before successfully.

Artemiev played 6…g6, going for a Dragon setup. Now, if white plays “normal” moves like 7.Be2 and 8.0-0, he can hardly create problems for black. Bartel played 7.Be2 Bg7 8.g4!? a well-known attack against the Dragon, but in this particular scenario black has played the additional move a6, which may not be so useful after all. (In the mainline of the Dragon black has the knight on c6 and the pawn on a7 instead.)

Boris Gelfand tried a logical and more dynamic approach with 6…Nc6, followed by 7…e6 – Scheveningen style. Again, Bartel started advancing his kingside pawns, with g4, g5, and f4, obtaining a sort of Keres Attack. The resulting position from the opening was quite unclear and both sides have chances, but it seemed as if white’s position was easier to play. White got a clear advantage but could not convert in the end.

We have analyzed in detail the above-mentioned games in order to show white’s potential in each of black’s responses. We have also examined another game with Bartel’s 6.g3 e5 7.Nb3, which is our guess to the answer 6…e5.

The surprise opening worked out well for white. After no more than 15 moves he already had a promising position. The Dragon setup doesn’t look like black’s best reaction to 6.Nb3.

This was a thrilling game and perhaps one of the best games of the tournament in which both sides had winning chances. Gelfand had a clear shot but missed it and that was it. Bartel’s opening gave him again a clear plus after 20 moves. White’s moves were natural and his position was, therefore, easier to play.

We included this game with some of the ideas that Bartel has been playing in the 6.g3 fianchetto variation. This can be useful in case black plays 6…e5 in response to 6.Nb3 and we don’t want to play the well-known path of English attack or the positional Be2.

It seems that while the move 6.Nb3 is not something black should be too worried about, it is still a valid surprise weapon for white. It is a move that doesn’t look too menacing at first sight, but it still contains some venom and can lead to sharp positions. In case you’re looking to play something different from the mainlines (like 6.Be3 6.Bg5 or 6.h3), we recommend you keep an eye on this idea. Thanks for reading and feel free to leave any feedback!

The ideas presented in this article can be useful no matter what side you are on; as a white, you can see what the most unpleasant way against this system is, while as a black you can learn how to complicate matters and take your opponents out of the book. We hope you found this useful, thanks for reading!

Want to know more about Najdorf Sicilian or how to play against it? Look at: