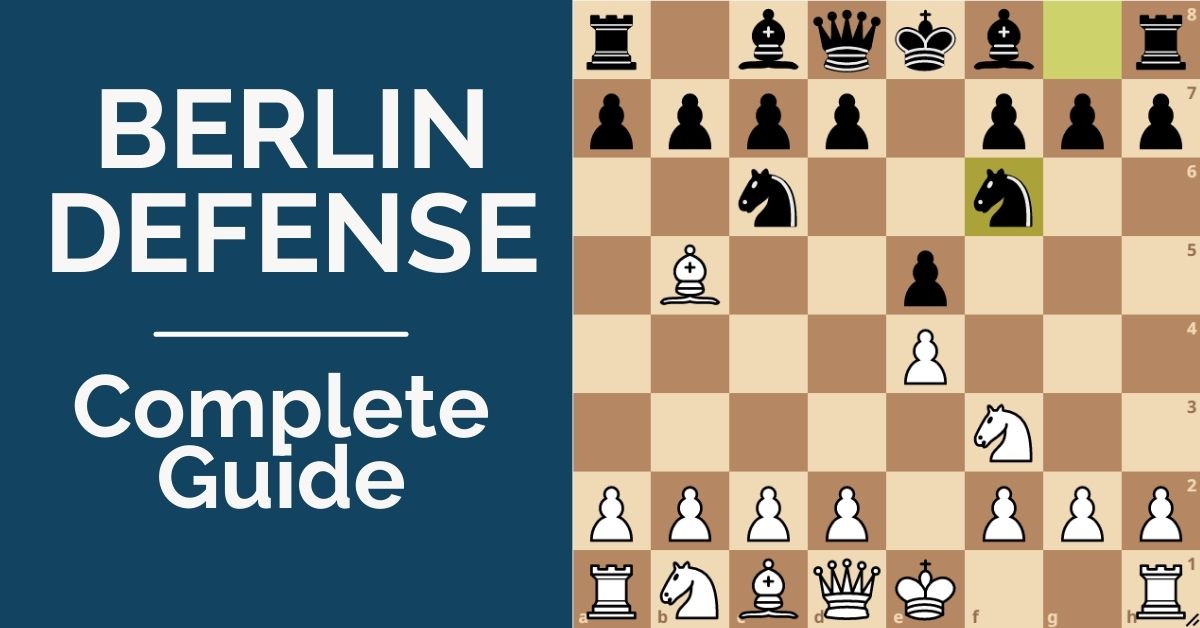 The rise of the Berlin Defense is one of the most notable changes chess theory has experienced in the 21st century. This opening was considered dubious about 20 years ago, but now almost every top grandmaster has it in their repertoire. Same as the Petroff Defense, the Berlin has caused a lot of headaches to 1.e4 players and even made some of them switch to 1.d4.

The opening revolution started when Vladimir Kramnik adopted this system for the World Championship match against Garry Kasparov in 2000. One of the greatest attacking players of all time couldn’t crack this opening, and the Berlin Defense turned out to be one of the main reasons Vladimir Kramnik managed to dethrone Garry Kasparov.

In one of his interviews, Kramnik admitted that in the 90s, among strong grandmasters only Aleksej Aleksandrov and Zoltan Almasi used the Berlin defense frequently. Nevertheless, he had taken a closer look at this system and recognized its great potential. Nowadays this system is a common choice for everyone who wants to have a solid way of neutralizing 1.e4.

In this article, we will go over the main plans and ideas both sides have in the Berlin Defense. 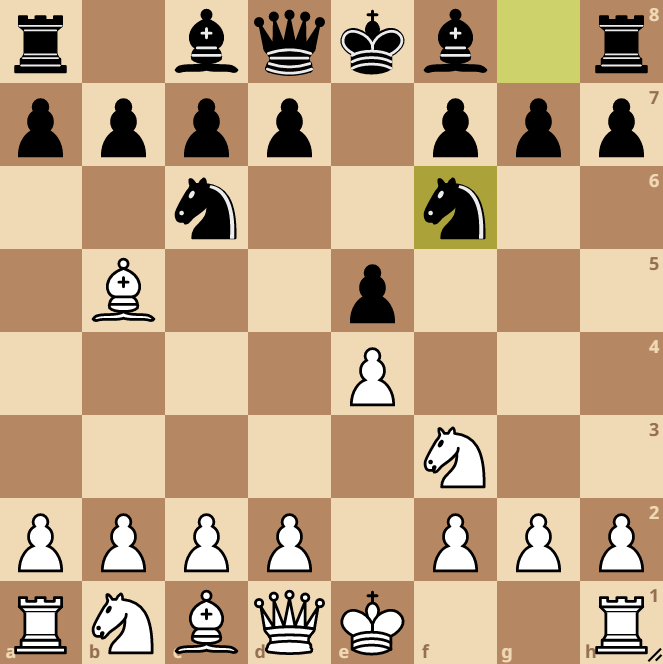 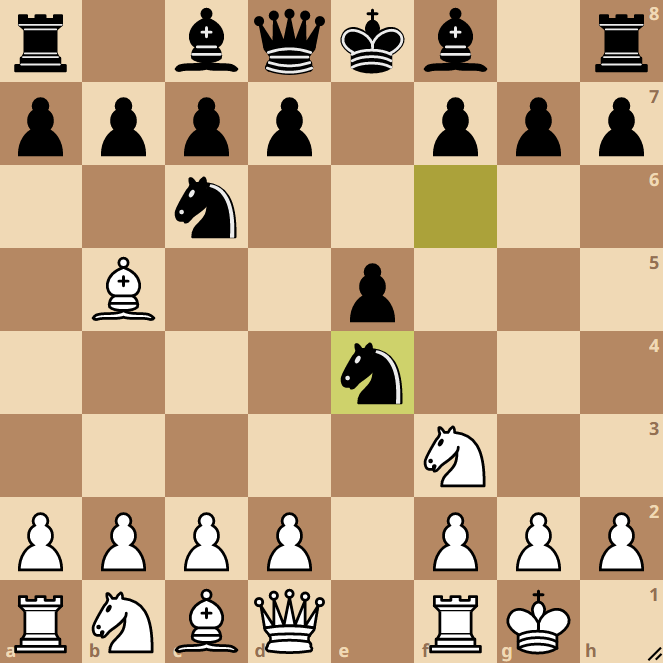 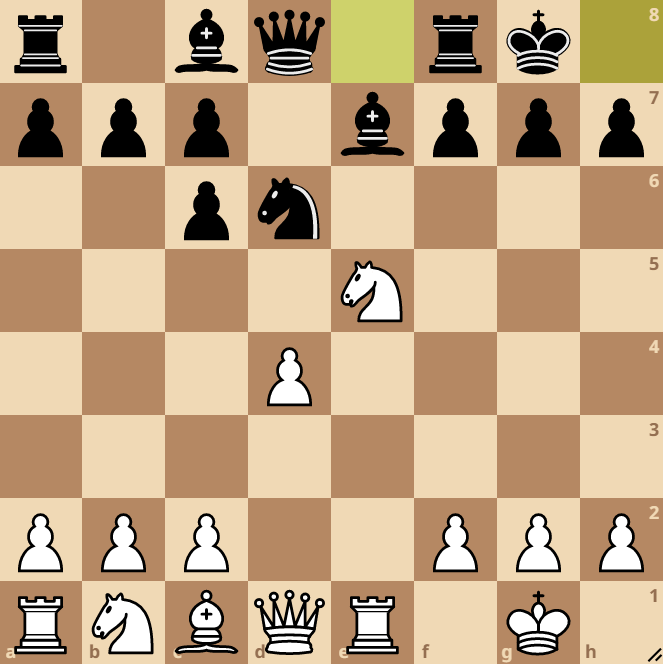 This kind of position is harmless for Black. It is hard to find a meaningful plan for White; Black gets free development and has a pair of bishops.

Two Most Popular Continuations in Berlin

The most popular ways of getting the pawn back for White are 5.d4 and 5.Re1. 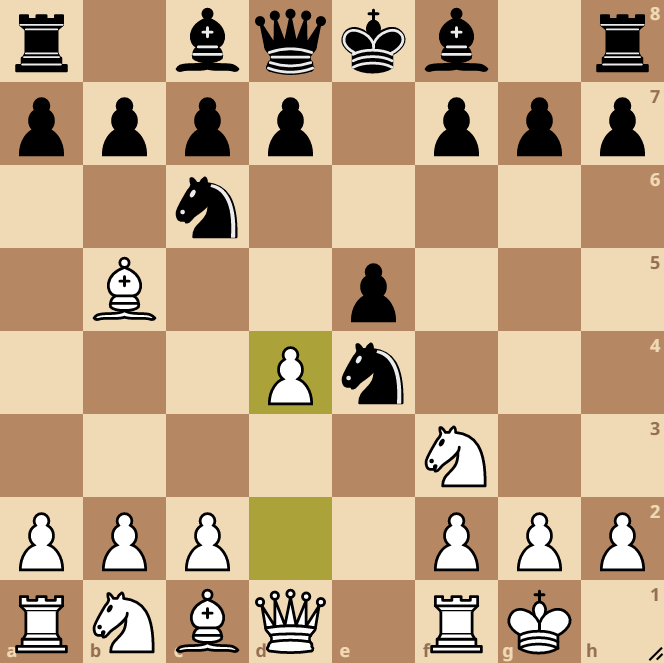 After 5.d4, it is risky for Black to take on d4 and let White’s rook pin the knight. That is why in practice you usually see only 5…Nd6 and 5…Be7. The latter leads to the Rio de Janeiro Variation. White can respond with 6.Qe2 Nd6 7.Bxc6 bxc6 8.dxe5 Nb7, when the following position arises: 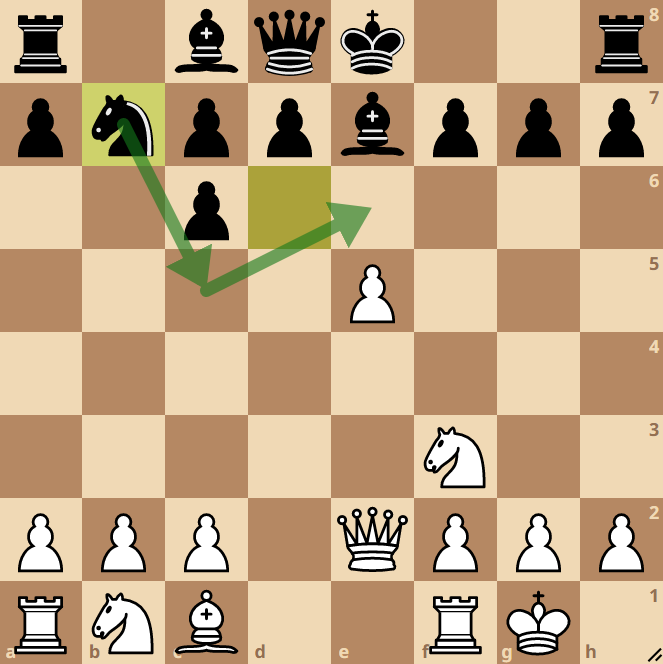 Black’s knight’s current position looks quite strange, but it will be soon relocated to e6 via c5. Later Black will try to undermine White’s e5 pawn. Nevertheless, White’s chances are quite good here, so Black chooses 5…Nd6 much more often. 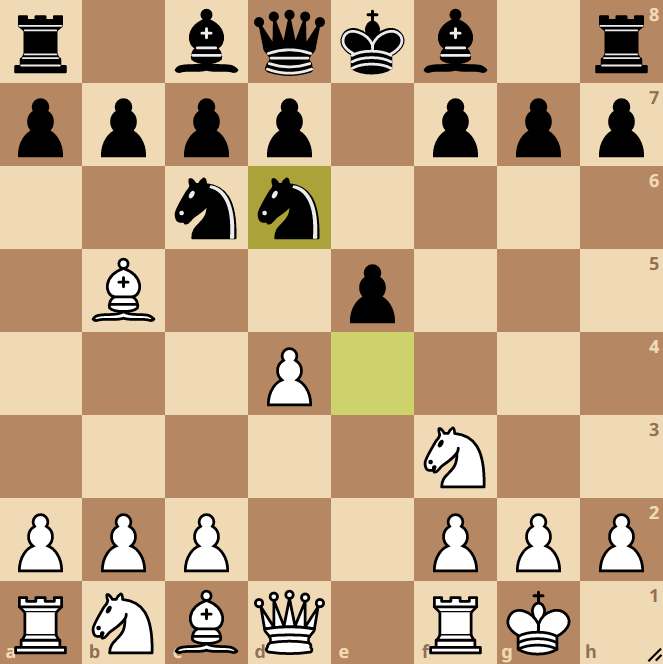 In this position, White usually takes on c6, but let’s briefly go over the other interesting idea – 6.dxe5. It looks like White blundered the bishop, but after 6…Nxb5 7.a4, Black’s knight has no retreats. Black usually plays 7…Nbd4 8.Nxd4 Nxd4 9.Qxd4 d5. 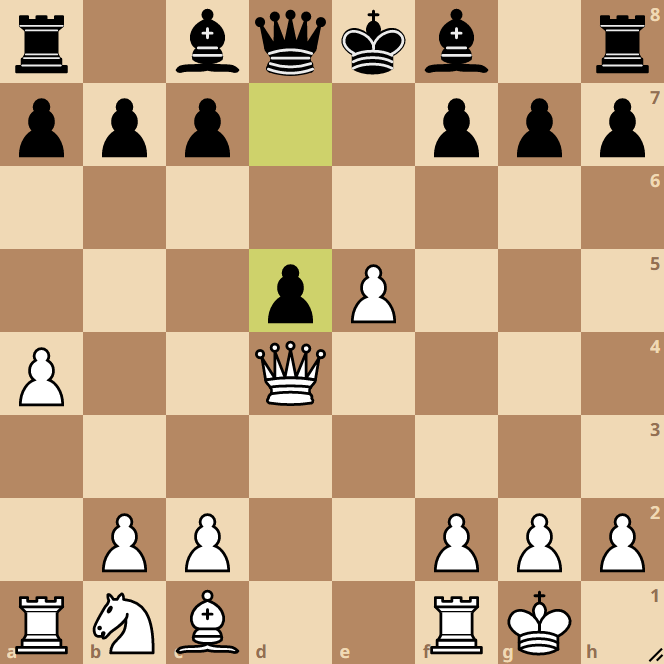 White has more space, but Black enjoys having a pair of bishops. These positions tend to be equal. In the grandmaster practice, you could often see White going for 10.exd6 Qxd6 11.Qe4+ Qe6 12.Qd4 Qd6 12.Qe4+ with a quick draw by repetition. This was a common scenario in the Magnus Carlsen Invitational online tournaments last year.

Watch the video to learn more about Berlin: 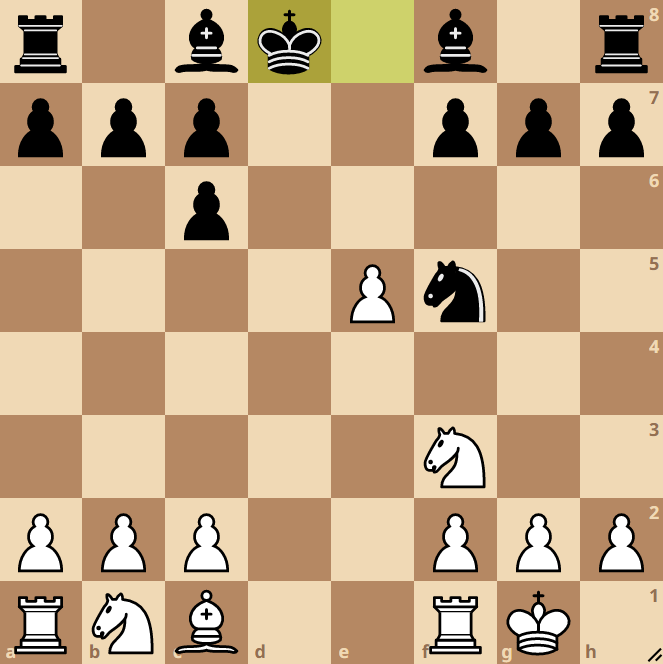 At the first glance, it may seem that White is simply better: they have some lead in development. The pawn majority on the kingside gives good prospects for creating a passed pawn. Black has doubled pawns and their king is in the center.

Nevertheless, Black has a lot to compensate for that. First of all, it is a pair of bishops’ advantage – this can even give Black chances to seize the initiative at some point. The e5-pawn ensures White’s space advantage, but can also turn into a weakness. Black is solid, and it is hard to find any targets in their camp. The position is interesting and strategically imbalanced. In a practical game, a better player has more chances.

In fact, this endgame gives Black such good results that among top grandmasters there is practically only Maxime Vachier-Lagrave who has been entering it on a regular basis. Other elite players mostly try the Anti-Berlin options.

White’s main plan in this endgame is to use the pawn majority on the kingside and advance there. Black, on the other hand, has a lot of ways of treating this position. The most popular plan is to leave the king in the center and stop White’s pawn expansion by going …h7-h5. 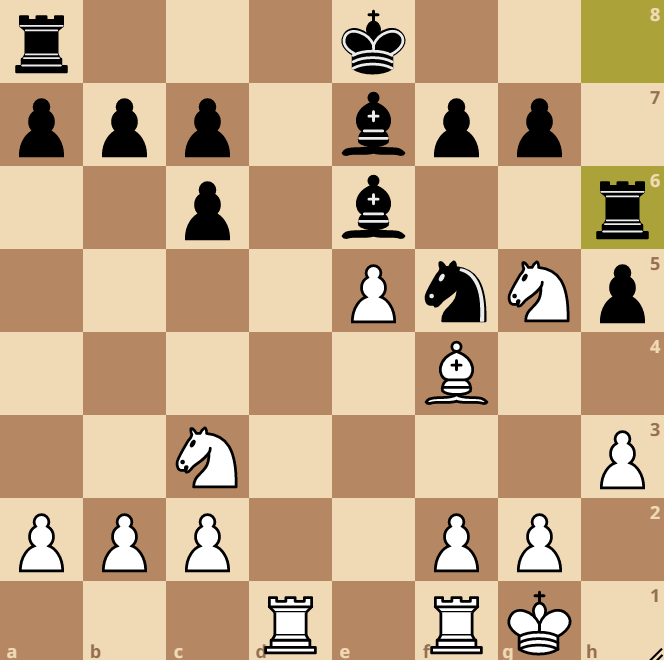 This position was reached in more than 100 games and Black is doing fairly well. See an example in the viewer below.

The other possible plan for Black is to transfer the king to the queenside. This plan was used by Kramnik against Kasparov in the aforementioned World Championship match. The game ended in a draw, and you can go through it in the viewer below:

Recently, Black players have started playing …Be7 with the idea of trading the knights on h4. (I also recommend reviewing the following post about Fighting the Berlin Wall in Ruy Lopez) 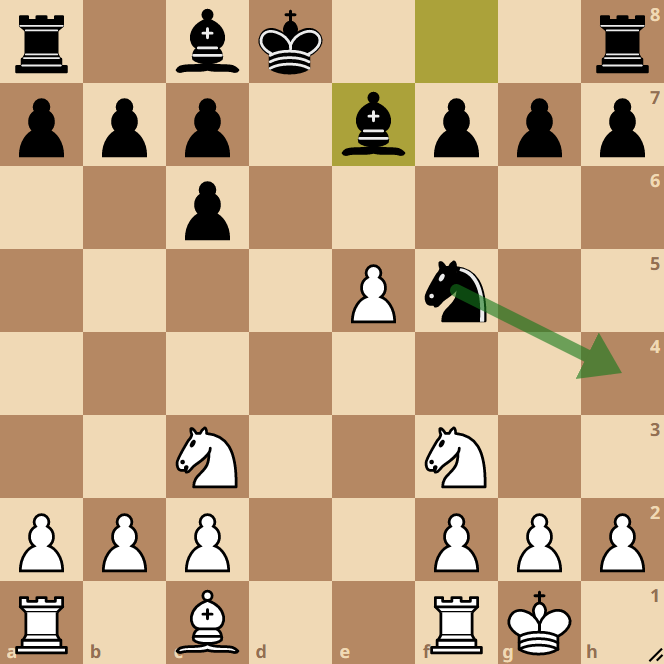 This modern plan works well in practice, and you can see an example of it in the viewer below.

How can White deviate from this endgame? First of all, instead of 5.d4, there is 5.Re1. This move leads to symmetrical positions in the style of the Petroff Defense. 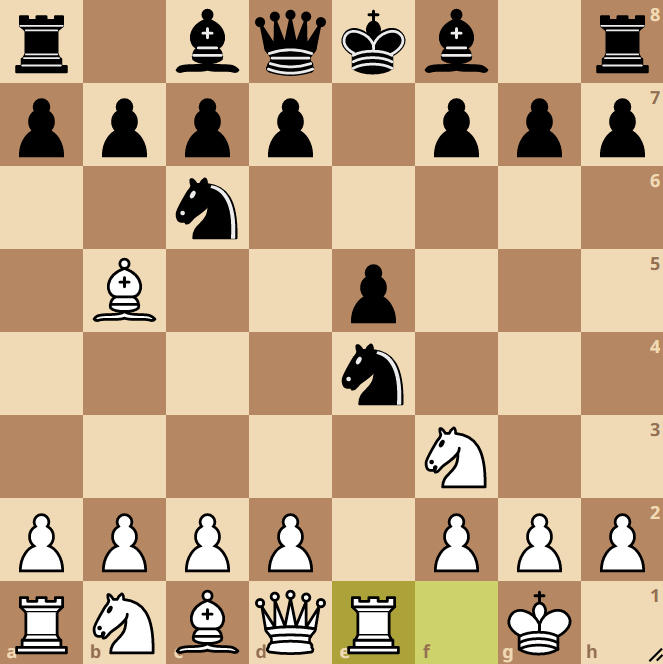 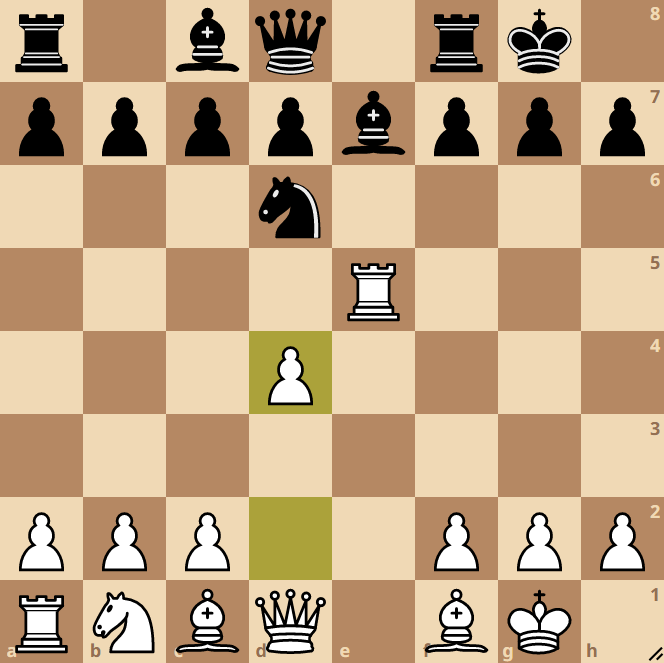 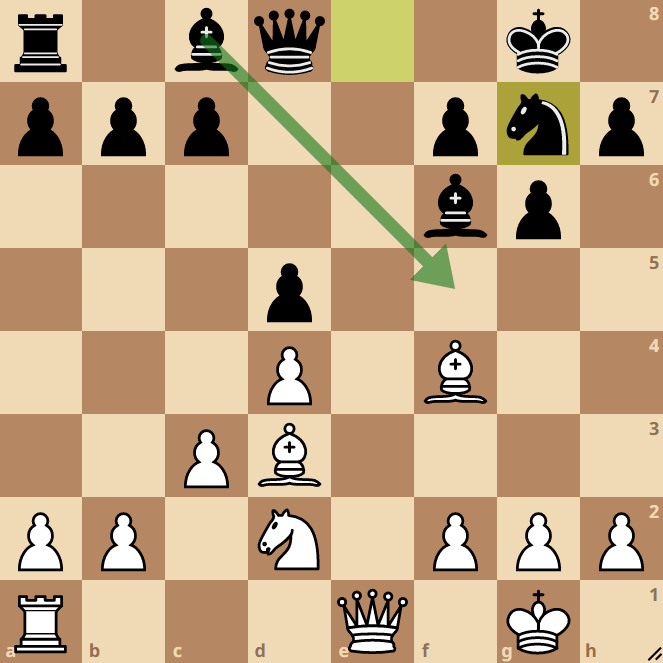 Black traded the light-squared bishops via f5 and equalized. The game ended in a draw quite soon.

The positions arising after 5.Re1 are often close to being equal and it is usually hard to push for a win for either side.

The Aggressive Options in Berlin

The more fighting option for White is 4.d3. 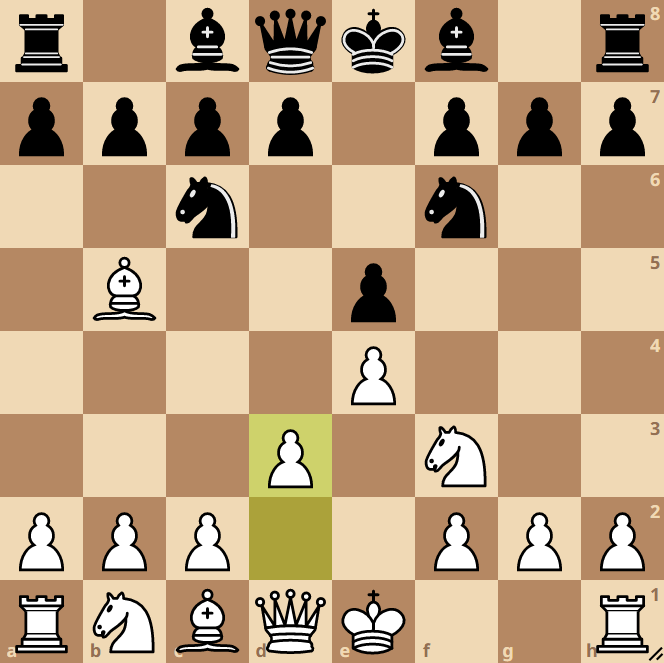 In Ruy Lopez, White usually tries to push c3 and d4 in one go, so playing d3 is a bit slow. Black’s most popular and active reply is 4…Bc5. Now White has a choice. 5.0-0 allows Black to trade a pair of minor pieces with 5…Nd4, so instead, 5.c3 is more popular. 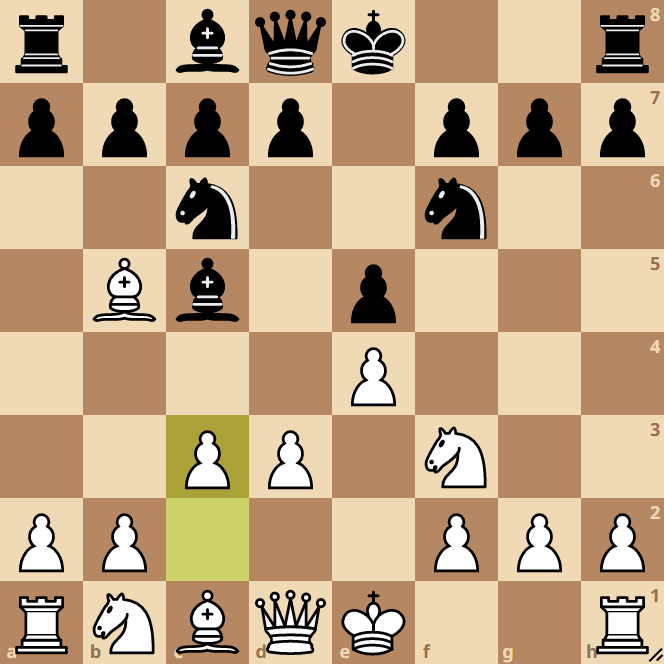 The latest trend for Black is to go for a quick d7-d5 push: 5…0-0 6.0-0 d5!? This move was played by Vishy Anand, Sergey Karjakin, Wesley So, Anish Giri, and many other strong grandmasters. But the traditional 6…d6 is also good. It usually leads to a maneuvering struggle similar to the classical Ruy Lopez or the Slow Italian positions.

A completely different play starts after 5.Bxc6 dxc6. This variation is quite popular and there are many nuances. 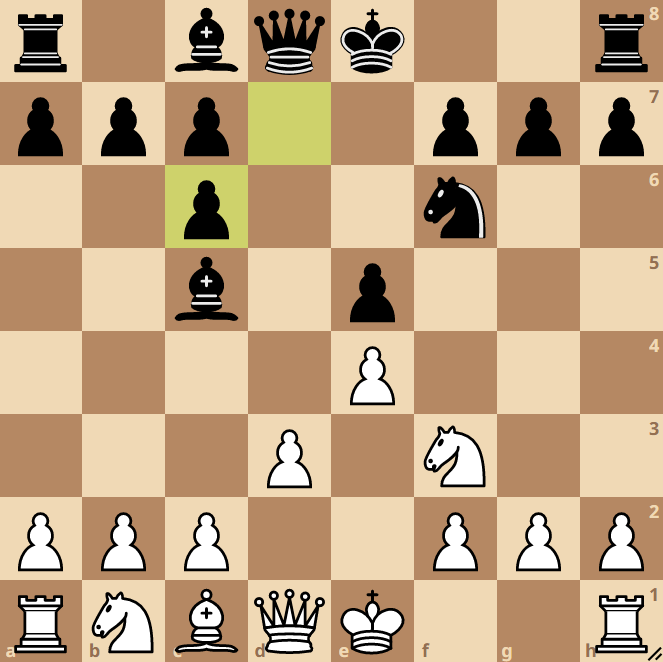 White can play for the f2-f4 pawn push or build their play on the queenside. Black usually tries to arrange their pieces to control the center and can castle either side too. Often both sides opt for a waiting game, hoping to see the opponent’s strategy first and adjust their own plans based on that.

Instead of 5…Bc5, Black can slow down the game with 5…d6. This is what Magnus Carlsen did against young Alireza Firouzja in the Tata Steel 2020. You can see how he came out on top in the maneuvering struggle in the viewer below: 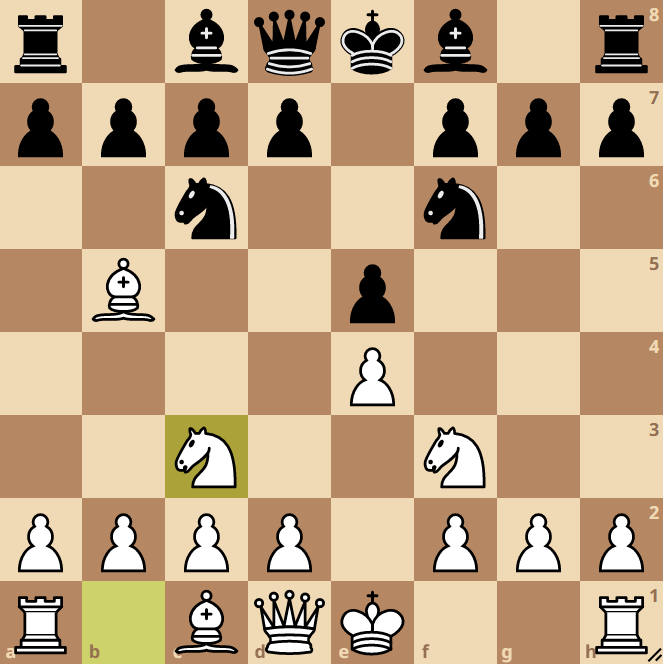 This transposes to the Four Knights Opening. Black has a lot of ways of achieving a good game here. The main ones are 4…Bb4 and 4…Nd4. In both cases, Black is doing more than okay.

The Berlin Defense is one of the most solid and popular ways of meeting Ruy Lopez. The arising endgame is full of strategic nuances. Black has a lot of plans and can try not only to equalize the game but also seize the initiative. On the other hand, White has a lot of Anti-Berlin options. Some of them dry the position out and lead to equal symmetrical positions.

Want to include Berlin Defense into your preparation?