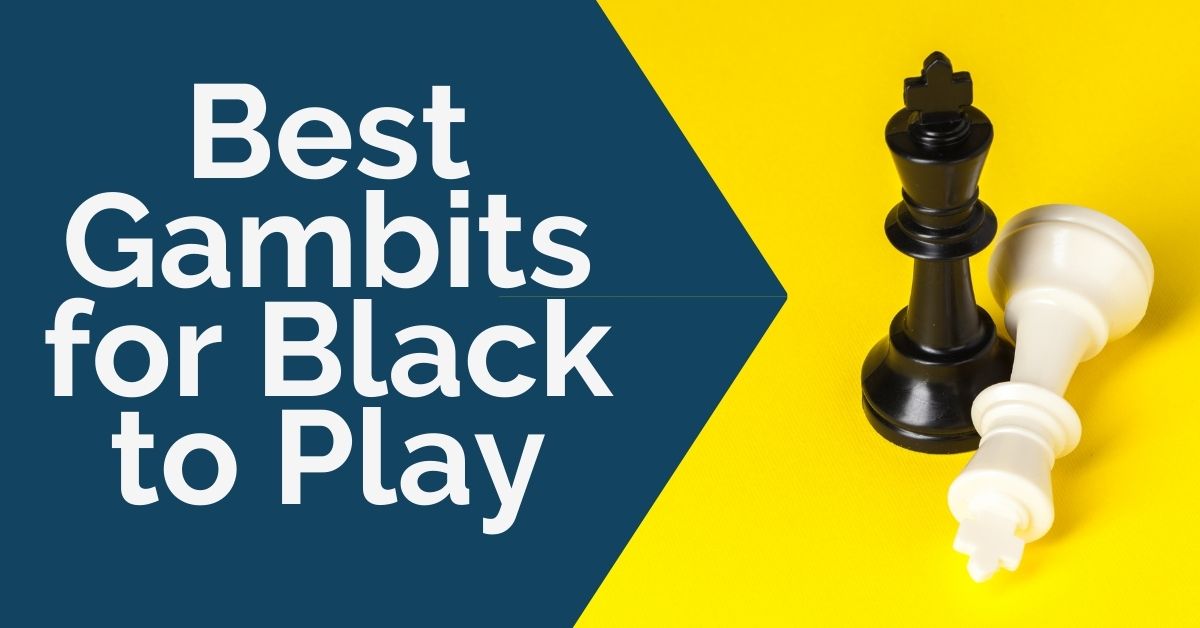 Gambits for Black: The best ones. Finding the right opening can be a lot of hard work and it usually requires deep investigation before you can finally settle for the most suitable one. If you are an attacking player who likes to play the unbalanced position, it might be especially difficult to choose an opening for black. The help of a coach can be of immense help in such situations, but if you are alone on your quest, we are here to help. Gambits are usually favored by attacking players, but many have been refuted and are now considered unsafe. However, there are still a few interesting options out there. Here are some of our suggestions if you’re looking for a good gambit to play with the black pieces:

This is one of the ideas that you can use against 1.d4 players. It is one of the gambits that has been around for a while; different players have tested and constantly improved it. Some of the players to have been used are Pal Benko, David Bronstein, Mikhail Tal, Florin Gheorghiu, Garry Kasparov, Alexander Khalifman, Veselin Topalov, Alexei Shirov, and Michael Adams. Another specialist in this opening who has brought many interesting and new ideas is Vadim Zvjaginsev. Although this opening never became a main weapon at the highest level, these players and many others used it quite often, producing very exciting and double-edged games.

This defense gives black the opportunity of setting up a strategic battle mixed with tactical elements that turn out to be successful very often. The amount of theory to be learned in the Benko is not as big and it can be played by masters and club players relying only on a small amount of theory and an acceptable understanding of the main middlegame ideas and endings that black is playing for.
We reach the main line of the Benko Gambit after the moves 1.d4 Nf6 2.c4 c5 3.d5 b5 4.cxb5 a6 5.bxa6: 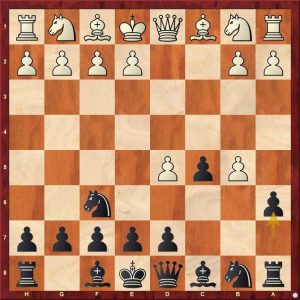 However, there are many other white’s 5th moves that black needs to be aware of and we recommend studying them well before giving this opening a try in your games.

Black’s main idea is that he will get good counterplay on the queenside in return for the pawn sacrificed early in the opening. The bishop on g7 is one of the main pieces for the attack on the queenside, along with the two rooks that are usually placed on the a and b files.

Another idea to remember is that endgames usually favor black, as white feel the aforementioned pressure even stronger in this phase of the game.

The Blumenfeld Gambit is another interesting option if you are a fan of the Benoni Defense and its pawn structures. 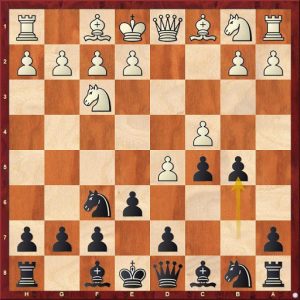 In this case, black’s aim is to establish a powerful pawn center. Here, the black usually develop their bishops to b7 and d6, pointing at white’s kingside. Along with the open f-file (after the trades on e6), these characteristics of the position can give good attacking chances against the white king.

Although named after its inventor, Russian player Benjamin Blumenfeld, the gambit became popular after Alexander Alekhine used it in his game against Siegbert Tarrasch (this is also the very first game played in this line!) and won the game in style.

Since then, players like Ljubomir Ljubojevic, Francisco Vallejo Pons, Dieter Nisipeanu, Boris Savchenko, and many others, have used it. It is a fighting defense, very suitable for club and tournament players, which can throw your opponent off their preparation. It is a great surprise weapon to have since your opponent could easily fall into a worse position if they don’t know the right way to meet it.

The Marshall Gambit, also known as the Marshall Attack. Although it is difficult to find “sound” gambits to play with the black pieces, the Marshall is probably one of the most dangerous weapons you can employ against 1.e4. 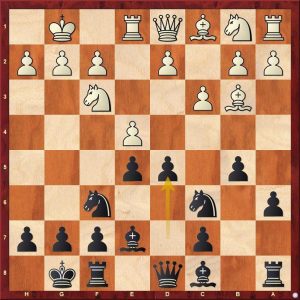 The point is that after white wins the e5 pawn with 9.exd5 Nxd5 10.Nxe5 Nxe5 11.Rxe5 c6 12.d4 black gets good counterplay in the form of piece activity after 12…Bd6 13.Re1 Qh4. The attack can be very dangerous and whites need to know exactly what to do in order not to be on the wrong side of a brilliancy.

There are many beautiful games that will surely inspire you to play this line. If the options mentioned earlier are not usual guests at top-level chess, many strong players highly employed the Marshall and many people have often seen it in top tournaments.

Besides the former US Champion Frank Marshall, attacking players like Shamkovic, Nezhmetdinov, and Tal have employed this idea. Other contemporary players who have successfully used it in their games are John Nunn, Gabriel Sargissian, Levon Aronian, Michael Adams, Ding Liren, Peter Svidler, and Magnus Carlsen.

By sacrificing the central pawn on e5 black wants to remove one of the main defenders of white’s kingside, the knight on f3, in order to then attack the king by means of Qh4 and Bd6.

Depending on white’s reaction, black can then push his kingside pawns. And, he can create a pawn storm after g5 – f5 – f4 and even f3. On the other hand, white’s development is quite difficult. And, the queenside tends to be a problem that he will try to solve after winning the pawn. Black’s constant and immediate threats need to be parried. You should make his development issue even more difficult to solve.

We have analyzed in-depth the wild positions arising after black’s pawn sacrifice. And, if you decide to play it, you’ll need to learn a fair amount of theory.

However, the positions are still very rich in ideas and fun to play. So far it sounds like the perfect weapon for the aggressive player. But, there is also a downside to this line. White doesn’t have to go into it and accept the gambit. Instead of playing 8.c3, white can go into an Anti-Marshall system, by opting for a different move, with 8.a4, 8.h3, and 8.d4 being the next most popular. However, the positions remain very interesting, with fighting chances for both sides!

The gambits we’ve presented here are some of the most reliable ones where black can fight for the initiative. However, there are many other interesting gambits out there that you could employ from time to time as a surprise weapon.

We also recommend reviewing the King’s Gambit. Look at 10 Best Games on It.

The most aggressive gambit has to be the Grob Gambit (aka Grob Attack). It has many tricks and traps and it’s brute force nature knocks your opponent back on their heels.I’ve won many games with it against players of all strengths.

Greetings. The Maroczy Defence is pretty solid. Another is the Balogh Defense, which is quite aggressive.