Dominating Weaknesses in the Catalan 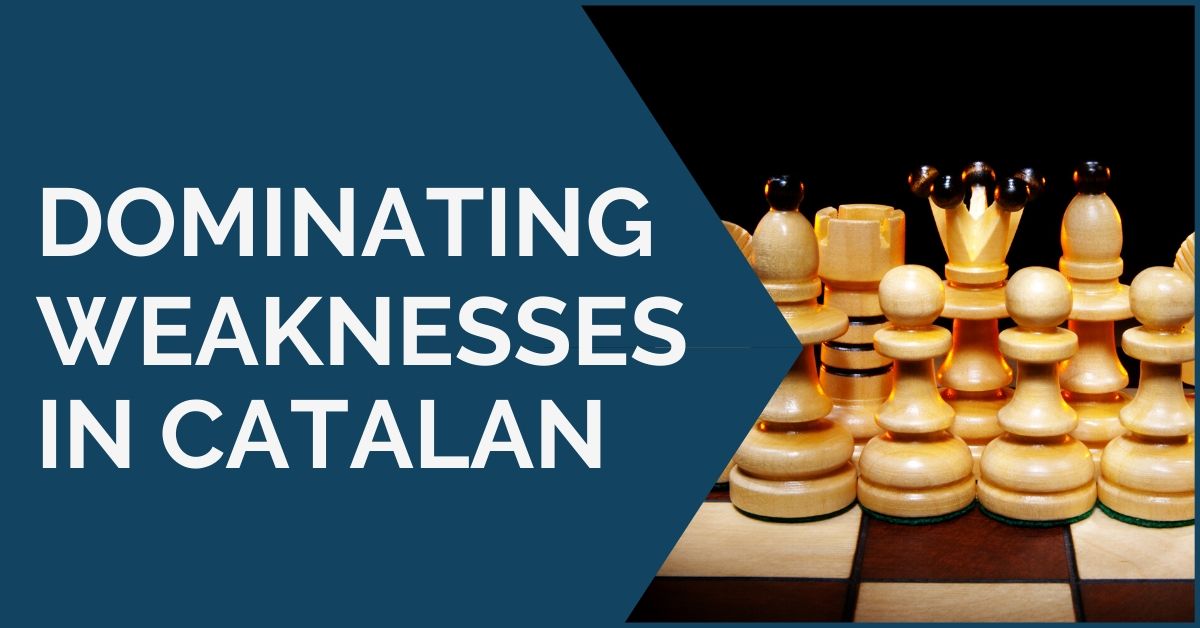 Catalan and Dominating Weaknesses in it. The concept of weakness is the most basic part of positional chess. Weak squares and weak pawns are ideas that you must juggle throughout the whole game. The choice of a correct plan is most of the time based on correctly identifying targets of attack in the opponent’s position. Just as well, you should make the decision of advancing a pawn or not on the same principles. However, club players often misunderstand the concept of weakness. According to its definition, it is a pawn or a square that can no longer be protected by another pawn.

But this is not all.

These are the important questions that ask for answers in order to correctly identify a weakness.

Many openings develop into long, fighting middlegames where a good positional understanding is key. One of those is the Catalan, where white fianchettos his light-squared bishop and plays for a slow, but annoying pressure on the queenside.

Black has some weaknesses that white can play against and, if he doesn’t react in the best manner, white can suddenly find himself in a much better position.

To illustrate this, let’s begin with the game of Vladimir Kramnik, one of the specialists of this opening: 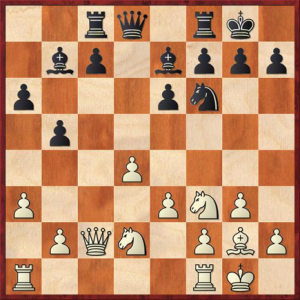 This is a typical position that arises in the Open Catalan. Black captures early on c4 and plays for the rupture c7-c5, which is his current threat in the diagrammed position. If white allows this, black will have no problems equalizing. This advance is important for black to achieve, as the c7 pawn is a backward, hence weak pawn.

However, it is not clear how white could increase the pressure against it at this very moment. Other important weaknesses in the black’s camp that white could use at some point in the future are c6, c5, and a5. With this in mind, Kramnik continued here with the move 15.b4, fixing the weaknesses on the c file.

Black responded with 15…a5, trying to create some counter-play on the queenside. After 16.Ne5, improving the knight and eyeing the weakness on c6, 16…Nd5 the following position arose: 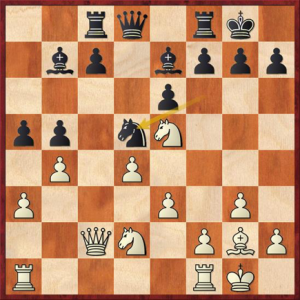 It looks like with his last move black forces white to make a decision about his pawn on b4, but this is not quite right. White has at his disposal a very strong move, thanks to black’s weakened queenside. He continued with 17.Nb3! and, after installing a knight on c6, the white completely paralyzed the black.

All that was left to do was attack the weak pawns and pick them up one by one.

You can play through Kramnik’s masterpiece with commentaries below: 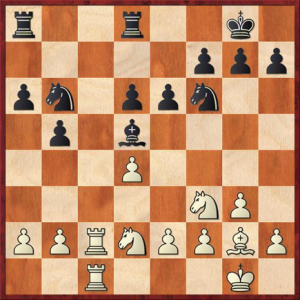 This position comes from an Open Catalan as well where the dark-squared bishops have been traded off on d6. Again, white has a slight edge thanks to his better structure and black’s “holes” on the queenside.

The weaknesses are more or less the same – black has to worry about the entry squares c6 and c7, but also about his pawn on a6. To use all these weaknesses, white comes up with a very effective plan – 21.Ne1!

The knight is headed to b4, from where it can put pressure on black’s queenside. The resulting endgame is equal, but white is the one pressing all the time, creating more weaknesses, and playing on both flanks.

Looking for more on Catalan? Look at 5 Best Chess Games on It, 5 Reasons to Play It, and Complete Guide.

It’s Time for You to Play Professional Openings with White…

In Complete Catalan for White Vol 2, FM Neustroev provides cutting-edge weapons against some of the most common ideas black will throw at you. 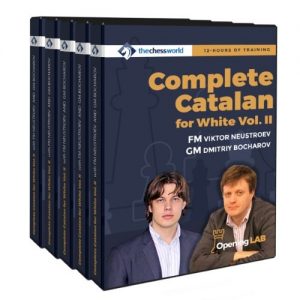 Related Products
4.5 2 votes
Article Rating
Login
0 Comments
Inline Feedbacks
View all comments
Join the FREE Road to 2200 Masterclass (and learn how to Attack Like a Chess Master)
We value your privacy
Supercharge Your Chess in 21 Days!
Join Academy Today!