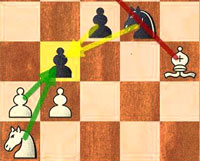 Elephant Trap is the trap for White that occurs in a popular variation of Queen’s Gambit Declined. White pins the Black’s f6 knight and captures the d5 pawn not realizing that it’s actually them who blundered and about to lose a piece, and most likely a game. It is a ‘must to know’ trap to have in your repertoire if you are a d4 player or/and if you often face 1.d4.

Not only it will help you win some online blitz games, but it also can trick an unaware yet greedy over the board opponent and bring you an easy win. It also helps to know the classical traps so that you don’t become a victim of one and lose a game prematurely without the fight..It’s never good.

You can scroll the trap’s move, read the annotation and see the diagrams below:

The game starts as a standard Queen’s Gambit Declined 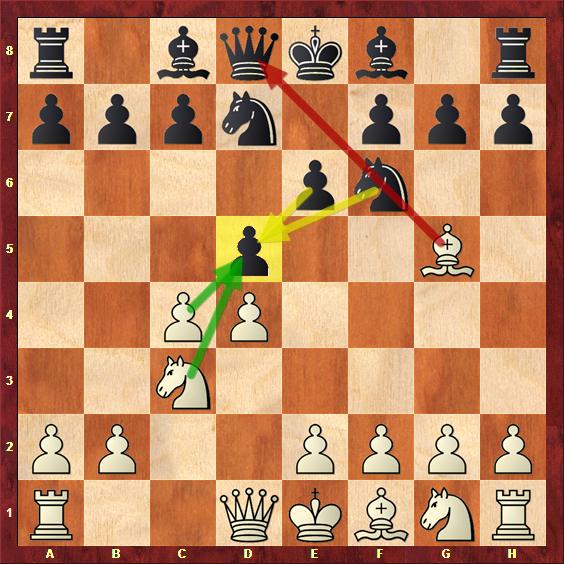 The d5 pawn is being attacked 2 times but defended

only once due to the pin on f6 knight

Here white probably expected something like 4…Bd7 or 4…c6 defending the d5 pawn. But Black plays a tricky move 4…Nbd7 setting up the trap. White doesn’t realize it and just believes that Black is careless and giving up a pawn. The key position is presented on the diagram below. The d5 pawn is being attacked twice but defended only once since the f6 knight is pinned to the queen. Therefore, it looks like white can win the d5 pawn. 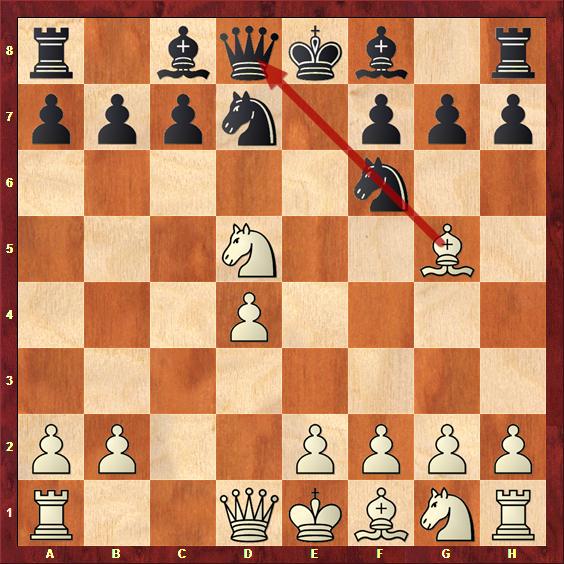 White initiates the exchange in the center seeing that there are more attackers than defenders. However, it is a blunder and the trap comes into play.

6… Nxd5!
Black captures the d5 knight ignoring the pin on the Queen. At this point regardless what White plays they already will be down material.

That’s exactly what White missed: the King is trapped by its own pieces and cannot escape check, the only legal move is to interpose with the Queen. 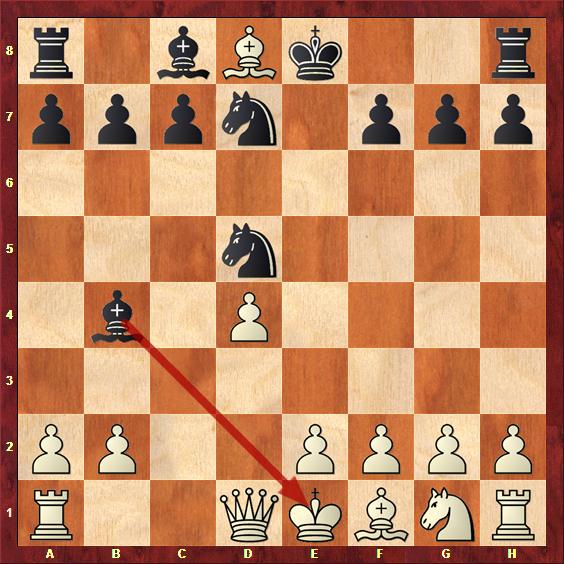 Black takes the Queen first with the check and only then captures the bishop.

9. Kxd2 Kxd8 Black is much better here and easily wins the game

8. … Bxd2 is a mistake because the Queen will not go away. With the pawns in d4 white can hope on a strong initiative. 8. … Kxd8 is the correct move because 9. e4 can be followed by Re8 winning time for black. … No reasons to give half of the advantage

Appreciate the recommendation. Let me try it out.

Excuse me sir, if White doesn’t falls in the trap, then who is in better position?

Very nice post. I definitely love this site. Thanks!

as th white side this is a 4 move check mate that works well. it works on the black side as well just the positions will be called something else. for example the opening move for black would be d2to d3. anyway i find this works. this is ex is forthe whiteside .(e2-e3) than (f1-b4) than (d1 to f3 or h5) than (f3 or h5 to f7)