In previous article WGM Raluca Sgîrcea and IM Renier Castellanos have explored the Saemisch variation of the King’s Indian Defense, especially focusing on what happens after white take the pawn 7.dxc5. This article will concentrates its attention on a more popular variation 7.d5.

Let’s take a look at the following variation: 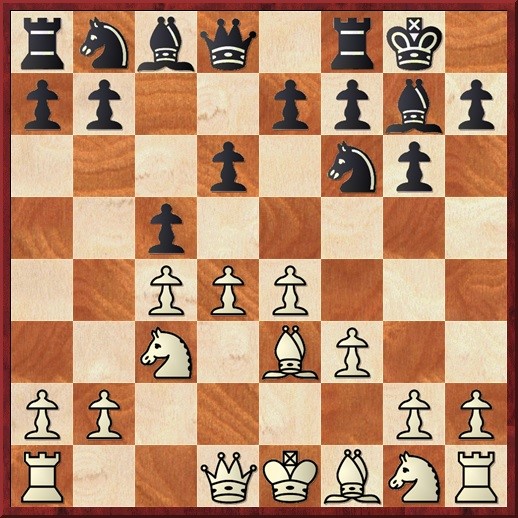 In the first chapter of this series dedicated to the Saemisch variation of the King’s Indian we analyzed what happens when white accepts the pawn by playing 7.dxc5. Now we are going to continue and study the positions arising after the more popular 7.d5. 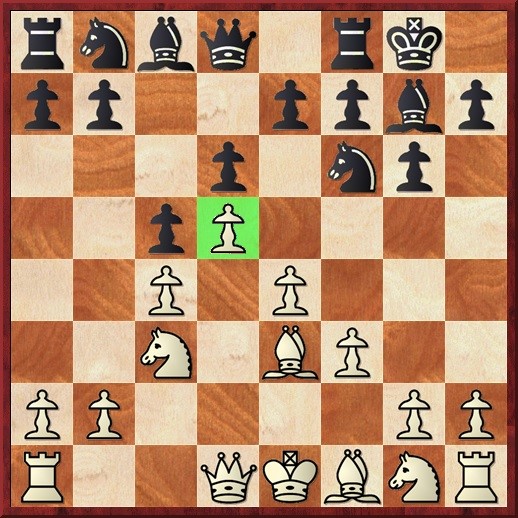 White grabs more space with this pawn advance. The game now turns into more Indo-Benoni schemes than classic King’s Indian structures. As is well known in the Benoni positions, black will try to create counterplay on the queenside, supported by the pawn majority he posses, so aiming for b7-b5 is one plan. The dark square bishop also plays an important role and the semi-open E file offers black some possibilities to play in the center. In many positions black will strike white’s pawn center by playing f7-f5. 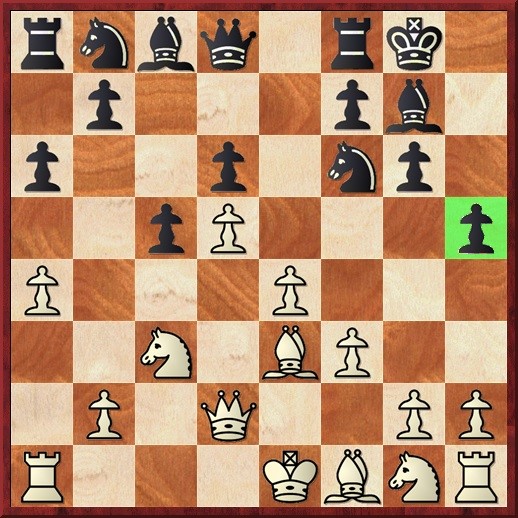 We have chosen this move as the most flexible one in this position. Black makes a useful waiting move, leaving all his options open. The move h5 is a typical advance in this type of positions. It allows black to play h5-h4 later on the game and frees the h7 square for the knight in order to play f7-f5. By playing h5 at this exact moment black also ”waits” for white to show his intentions first. For example, white cannot play Nh3-f2 now (as he would in case of 10…Nbd7), because of the simple 11…Bxh3, as seen in the game:

Another flexible alternative to 10…h5 would be 10…Re8, which has been played several times. However, there is no need to move the rook from f8 yet, because keeping it on this square will support the f7-f5 push later in the future. Both moves are of similar value.

From the position in the diagram above, we will now continue to examine what the plans usually employed by white are and how black should react to each.

a) White plays Nge2-f4: This idea is not to be underestimated. The knight on f4 looks strange, but it makes it difficult for black to play f7-f5, as both g6 and e6 would be left weak. White’s main idea is to play on the queenside and breakthrough with the pawn rupture b2-b4. This line is discussed in the game

b) White plays Nge2-Nd1-Nec3: This plan is seen quite often. White wants to have at all cost a knight on f2 that supports e4 and controls g4. This idea is connected with a possible f3-f4 advance and actions on the kingside. However, white loses too much time in doing so and black can take over the initiative by playing quickly Nh7, followed by f5, as seen in

c) White plays Be2-d1-Nge2: This development looks too slow, but it has been played by strong players. The main problem for white with this setup is that he loses control over the squares c4 and b5. Black will aim for the b7-b5 push, seizing the initiative on queenside, as seen in the game

Whilst it’s impossible to cover all the moves and variations, we hope that the games explained in this article will give you with a better understanding of the line. It’s also a good guide to start your own personal research and discover new ideas in this position.

Note:Openings are no doubt a very important part of chess. If you want to improve your general chess level simply studying openings is not enough. If you aim for a dramatic improvement at chess you need to work on all of the elements of chess: