In today’s article, WGM Raluca Sgîrcea and IM Renier Castellanos will teach you the fundamentals of the King’s Indian Defense, one of the most popular opening systems played against 1.d4 on virtually all levels from novice players to Super Grandmasters. We will primarily focus on one of the most solid lines that white has: the fianchetto variation (with g3). Let’s begin!

The King’s Indian Defence is one of the most popular openings against 1.d4. It has been played by world champions such as Kasparov, Fischer and other notorious players of our time like Topalov and Radjabov. It is a good opening for those wanting to fight for the initiative with black. The theory on this opening has been growing fast since it started being a frequent guest among top level tournaments.

This opening was based on a kingside attack. Black willingly gives white space advantage and initiative on the queenside in order to organize an attack against the white king. This has in many games been successful.

For example, in the next diagram we see a common situation of the opening in which white attacks on the queenside and black responds on the kingside: 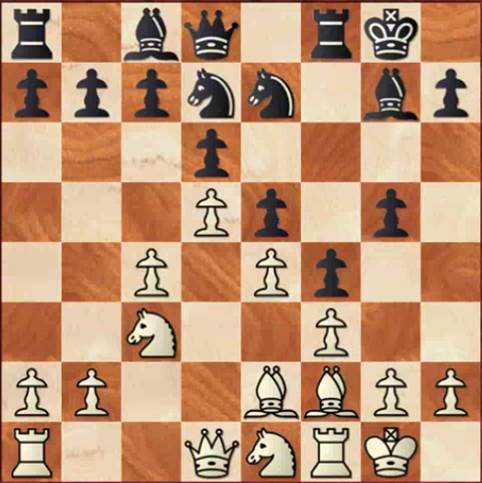 White has developed many ways of fighting the King’s Indian over the years, having a wide choice of both aggressive and solid lines. Sometimes white takes the risk and goes for a bayonet attack on the queenside, but this strategy often allows black to create a strong counterplay against the white king.

Other players prefer to develop a slower strategy and try to limit black’s initiative first. One of the most solid lines that white has at their disposal is the fianchetto variation (with g3), where the standard plans of attack that black employs in other variations don’t work. White’s idea is to have extra security on his king and keep the central tension, which makes it difficult for black to play as aggressive as they do in other classical lines. 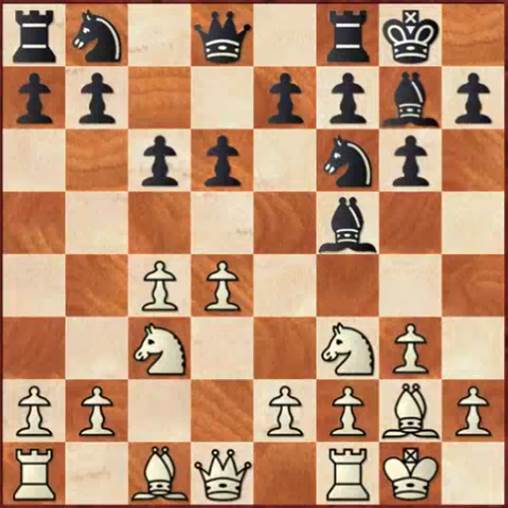 This system has been successfully used by famous grandmasters such as Topalov, Krasenkow, Gulko, Ponomariov and Larsen. The main ideas of this line are:

1. We’ll first take a look at 8. Ne1. This is the most natural move. White retreats his knight and threatens to play e4. Black should react by playing 8… Be6, leaving white with two choices – 9. d5 and 9. b3, which are analyzed in the next two games.

2. Let’s now check out 8. Nh4. With this move, white gains a tempo by attacking the bishop and, at the same time, prepares e4. Black should react by attacking the c4 pawn with 8… Be6, as played in the next game between Vaganian and Tyomkin.

3. We will now analyze 8. b3. This is a typical move in this position played by many strong players, like Andersson and Georgiev. White’s plan is to develop his bishop to b2, followed by Rc1. Black should respond with …Ne4, as seen in the following game between Martinovic and Krasenkow.

Note: In order to improve your play not only you need to study the openings but also you need to concentrate on positional understanding and endgame play.If you want to learn how to play common endgames well, I suggest you checking out our premium training course where we spend a lot of time drilling most often occurring chess endings so that you will not have to guess on the winning approach, but simply would know how to win these positions.

4. Finally, we are going to see the move 8. Re1. This is a move that should not be underestimated, as it demands precise play from black. In the following game, black didn’t manage to win the game, although he achieved a good position out of the opening.

This game is draw. But I am confused. I think white will win. White has 3pawn and 1 Bishop and black has 1pawn and 1 bishop. How can this game draw.
Please let me know. I am waiting your reply.
Thanks