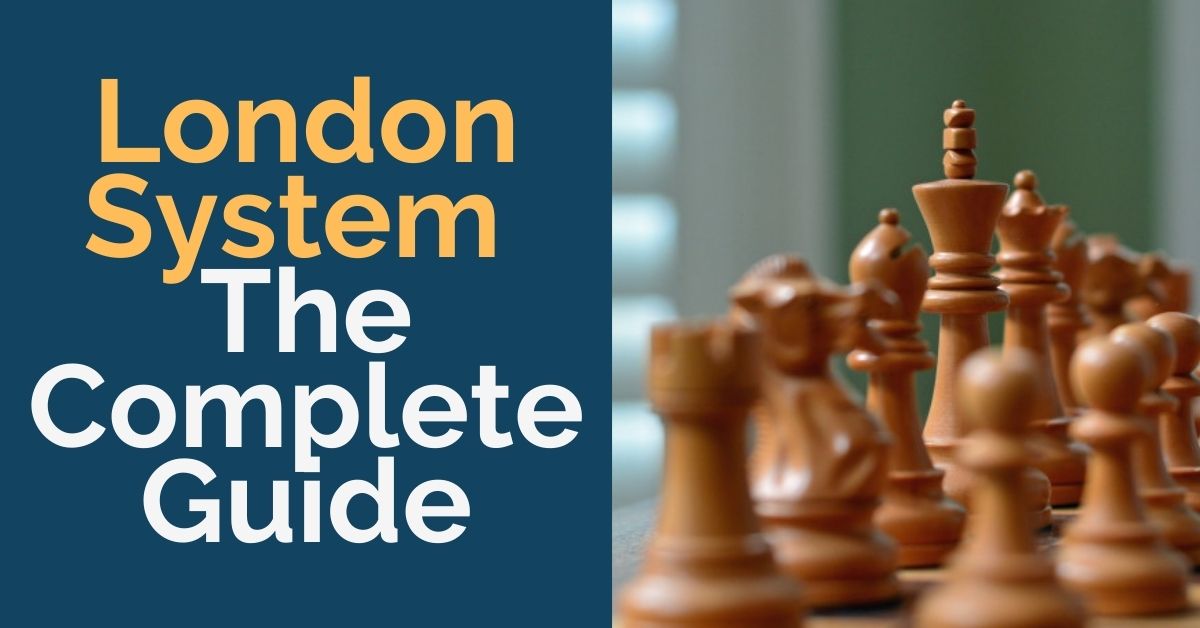 London System is one of the openings that has become increasingly popular over the past few years.

For a long time, it has been considered a second-hand opening choice for white with a reputation of being dull, uninteresting, and suitable only for the “lazy players” who don’t want to learn any mainstream openings.

However, this has changed drastically in past years, when very strong Grandmasters started using it successfully. One of the players who has been using it for many years, producing many beautiful and convincing wins is Gata Kamsky.

However, it wasn’t until the very top players like Carlsen, Aronian, Grischuk, So and many others started using it. Then, the London System really became “a thing” and more and more players started trying it out.

Why choose the London System?

Playing the London System has a few advantages.

First of all, it is a good, solid opening. White is quickly developing the pieces and fights for the center. It is not easy to meet it if you are playing black and you have to play for a win, let’s say. White sets up the pace and the game can lead to a long, strategic battle.

However, this is not the white’s only option. The system has its poison and white can choose different set-ups to try and push for a win. If you’re looking for variety, then you also have it inside the London System. You can one day play a long positional game and the next surprise your opponent with a sharper line.

The best part of choosing the London System and probably the reason why so many club players have decided to include it in their repertoire is that the amount of theory you need to know is minimum. It is an opening that can, most of the time, be played by ideas and where the move orders matter very little. Players can focus more on studying chess and improving their overall understanding than learning a huge amount of theory.

How do you study the London System?

The theory has developed nowadays and you can already choose from a number of good courses and books on this system. However, you can discover it on your own by looking at the games of the players who employ it most and successfully. You want to understand the plans and know what you should be playing for. Study black’s different set-ups and see what works best against each one of them.

One of the players whose games you shouldn’t miss is Grandmaster Gata Kamsky. You will discover many subtleties, interesting plans, and tactical tricks in his games.
Another player you might want to take a look at is Georgian Grandmaster Baadur Jobava. He is famous for his aggressive, imaginative style and he applies it to the London System. His games with the London are never boring and you will discover many attacking plans and tactical ideas.

There are various ways of playing the London System, different ideas and move orders, but we could probably divide it into two different systems: the “classical” London, where a knight comes out on f3, another one on d2 and the bishop goes, of course, to f4.

The second idea is the so-called “Jobava” London, where white plays Nc3 quickly. The latter is quite tricky. It also has been used by many strong players, but it was made popular by the Georgian Grandmaster, hence the name. Let’s take a brief look at each one of them:

1a. The “Classical” System.

This means that white will develop the pieces with 1.d4 followed by Bf4 and Nf3, in any order.

This set-up can be used virtually against any black’s response. Rather than expanding and attacking the center quickly, as it happens in the Queen’s Gambit, white adopts a solid structure, with a pawn on e3 and another one on c3, where the dark-squared bishop is outside the pawn chain. This gives white flexibility to later choose between two main plans: strike in the center or start an attack on the kingside.

Black has two main set-ups against the London System. One of them is the King’s Indian set-up, where the dark-squared bishop comes out via g7.

Here too, white will develop in the same way – Bf4, Nf3, e3, Be2, and 0-0. Then, depending on what black chooses to play for, the c pawn can go either to c3 or to c4. Generally, if black goes for development with b6, Bb7, and c5, white wants a pawn on c3 to support the center and can then start an attack on the queenside with a timely a4-a5. 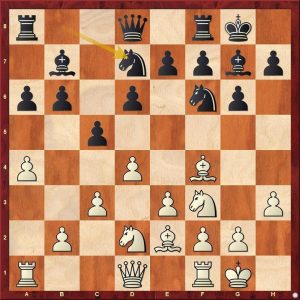 If black decides to go for the …e5 idea and develops the knight via c6, white can play with either c4 or c3 and attack on the queenside with Qb3, Qa3, and b4. Here’s an example of a typical position where white has played with c3: 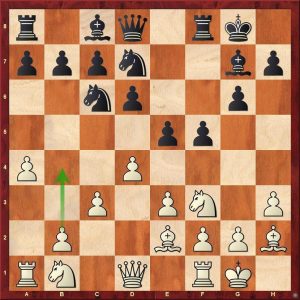 Note that in both diagrams white has played h3 and is ready to retreat the bishop to h2 in case of …Nh5. This is a very important idea in the London System: the dark-squared bishop is an important piece and white wants to avoid having it exchanged for the black knight. This is why the move h2-h3 is played early on in many situations.

1b. The “Classical” System.

The second set-up that black has is with a pawn on d5. The usual development, in this case, is e6, Nf6, c5 (challenging white’s center), Nc6 or Nbd7, b6, and Bb7. Here, the moment when white has a choice and you could go for different plans is after black develops the bishop to d6: 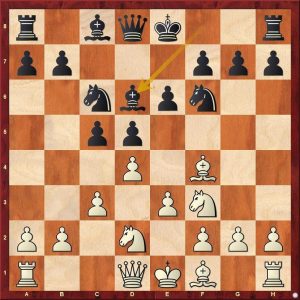 After this move white can either trade on d6, ignore black’s last move, and leave the bishop on f4 or retreat to g3.

Trading on d6 usually leads to equal, solid positions with a long, positional battle. Allowing black to exchange on f4 leads to an imbalance in the pawn structure where white accepts doubled pawns on the f file. However, this does give a good grip on the square e5, a semi-open “e” file, and a possible rupture on f5.

Last, retreating the bishop to g3 is the most popular move, as it gives white prospects of an attack on the kingside. If black trades on g3 now, then the h file becomes open, and black can have problems with the king.

Black usually avoids this trade and keeps developing. And, now white’s main plan is to install a knight on e5, maybe push f2-f4, Bd3, transfer the queen to the kingside and then start attacking the black king.

This can be done either after 0-0 or even with the king still on e1. There are many tactical ideas you need to be aware of and one of the most famous traps is the following: 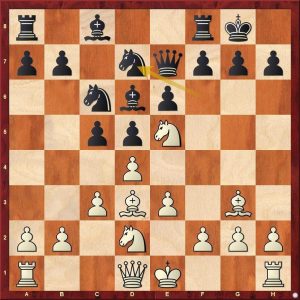 The “Jobava” London System can be played only if black puts a pawn on d5. In this set-up white plays 2.Bf4 and 3.Nc3, asking black immediate questions about the point c7. The immediate threat in many lines is simply an early Nb5. 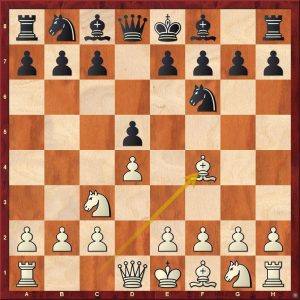 Black has a few ways of answering this, so let’s take a brief look at a few ideas:

As you can see, the London System is a rich opening and has been successfully used by both Grandmasters and club players. It is a solid opening that allows you to focus on studying games and learning chess, rather than theory.

The ideas presented here are just a starting point for you to continue your investigation and decide what kind of set-up suits you best. Good luck!

Add Rapport-Jobava System into Your Preparation!