New Trends in The Italian Opening 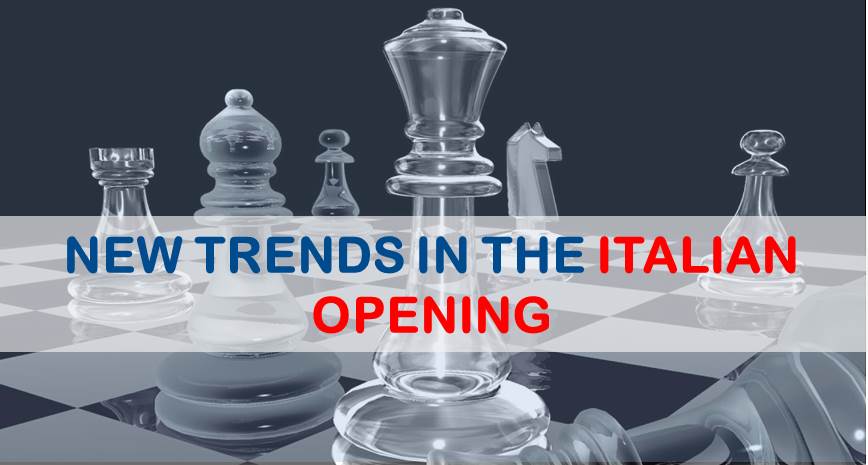 Italian opening, also known as Giuoco Piano (Italian for “quiet game”) has always been under the shadow of the ever-popular Ruy Lopez as white’s main weapon against 1…e5. One of the reasons for this is that the positions arising from the Italian are far less complex than the ones that can arise in the Ruy Lopez’s labyrinth.

However, nowadays the Italian Opening is living a modern comeback to the Grandmasters’ games. If you have been following the trend of variations at a high level you may have noticed that in recent years the Berlin variation against 3.Bb5 has become mainline and black’s success has not passed unnoticed.

As a result, many top-level players like Karjakin, Anand, Giri, and even Kramnik started looking into 3.Bc4 and found interesting ways for white to fight for an advantage. Moreover, the fact of avoiding the wide range of answers that black has against the Ruy Lopez and playing less explored positions makes the Italian an even more attractive option that can perfectly be included in your 1.e4 repertoire.

In this article, we want to explain these new plans for white and provide our readers an opening choice they can employ in their games against the popular 1…e5. Let’s begin by analyzing some of the key ideas for white and the move order to use. 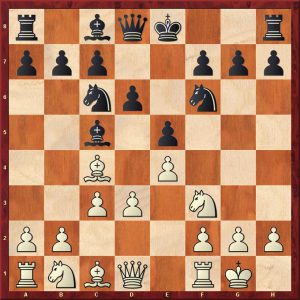 This is the start position of the Italian Opening. White castles quickly and is ready to continue developing his pieces harmoniously. There are also some ideas for white that include delaying the castle in order to begin an attack on the kingside, but that’s another story and we suggest you take a look at Tiviakov’s games in this opening if you wish to investigate further on this more aggressive plan.

Another way to handle this line is by simply continuing the development in a Ruy Lopez style with h3-Re1-Bb3-Nbd2-Nf1 etc. This is possibly the most common plan. However, lately, the trend is to develop the b1 night via a3 and then to c2 in order to play Be3, trading the powerful black bishop and leaving the knight well placed in the center. Sometimes players do this with the previous inclusion of the move a4, while other times they do it straight away. 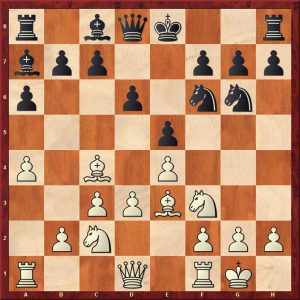 Generally speaking, the position is balanced; neither side has weaknesses and the piece coordination is perhaps only slightly better for white. White’s aim is pretty clear: to play d3-d4 at some point and gain more space in the center. Meanwhile, black does not have many active options but his position is very solid and he can prepare counterattacks against white’s idea. We analyze this system deeper in the game below: 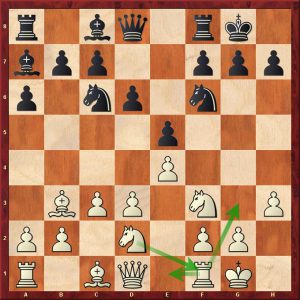 Of course, it is useful to know the typical plan mentioned before with h3 – Bb3 – Re1 – Nbd2, etc in Ruy Lopez fashion. White has had plenty of success with it and to this day it is still being employed at the highest level. The evaluation of this line is of equality and most games are decided by small details. In the game Kryvoruchko – Granda Linares 2015 we look closer into this plan:

The pin with Bg5: 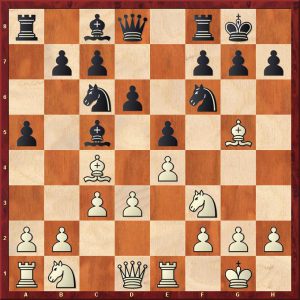 The pin of the knight on f6 is always a dilemma for white. Black will likely play h6 followed by g5 and the white bishop will be forced to adopt a passive position on g3. Moreover, the advance h6 and g5 may offer black some chances to seize the initiative on the kingside.

On the other hand, it is clear that the advance of the castle’s pawns also involves some risk for black as his king is weakened and white can try to exploit this, as was demonstrated in Demchenko – Howell, a brilliant game with a very imaginative sacrifice.

In the game Giri-Eljanov Norway 2016 we take a closer look at this plan of pinning the f6 knight:

We hope our readers have found the games analyzed above interesting. Although it is impossible to claim an opening advantage in any of the lines, they seem to be interesting enough to give them a chance over the board.