New Trends in The Sicilian: Dare to Try 2.Be2!? 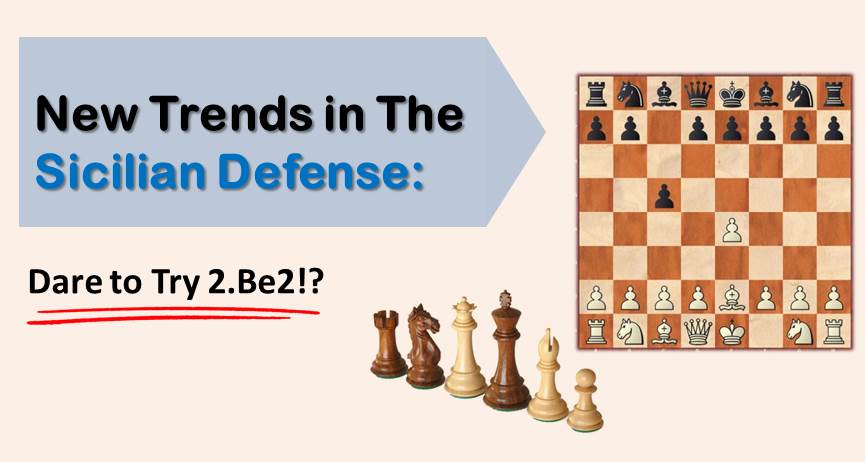 Dare to Try 2.Be2!? Sicilian Defense occupies a huge percentage of the training and study time of the majority of chess players, and it is no secret. Working out the mainlines of the most popular choices for black, memorizing forced variations, or finding novelties in critical positions is all part of the day-to-day training.

Not only professional titled players and coaches, but also club players are nowadays well updated on the opening theory and, with a good understanding of how to use technology, they can even develop their own ideas. But the question you have to ask yourself is what exactly is it that you want from your studies – to win a game or to find the ultimate truth behind one opening? In our opinion, a competitive mind should focus on winning the game, and, of course, the more games the better.

Therefore, from a practical point of view, long preparations and hours of analysis are hardly useful for the tournament player. It takes too much time and energy. The more time you spend on studying openings, the less time you have to work on other areas of the game. However, is up to each player to choose their method and work according to their time.

The sidelines and unusual moves have that surprise effect that can take your opponent quickly into an uncomfortable position and lead him to make mistakes or use too much of his time. The feeling of insecurity walking on unknown land will make your opponent wonder and doubt. In this article, we are going to discuss a recent idea that has been working out very well for white. Believe it or not, the latest opening trend begins after: 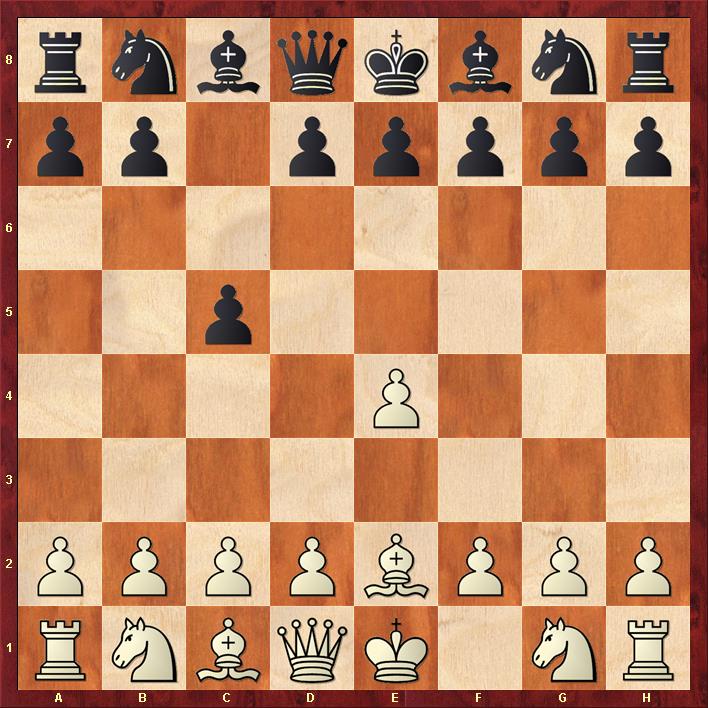 It is not the first time white tries to shock the “Sicilian Mafioso” with an extravagant 2nd move. Not so long ago Zviaginsev played 2.Na3 against Khalifman, who could not avoid laughing at the board when he saw that move.

Note: In order to improve your play not only do you need to study the openings but also you need to concentrate on positional understanding and endgame play.

If you want to learn how to play common endgames well, I suggest you check out our premium training course where we spend a lot of time drilling the most often occurring chess endings so that you will not have to guess the winning approach, but simply would know how to win these positions:

However, the laugh did not last as Zviaginsev went on to win the game convincingly and 2.Na3 became fashionable. And, was played by very strong Grandmasters like Malakhov. Another extravagant move is 2.a3!? employed by Mamedyarov, although it has never caught on too much.

Let’s go back to our subject, 2.Be2. The idea of this move, basically, is to be able to recapture on d1 with the bishop in case black executes the rupture d5 and dxe4. So what white wants is:

Also worth noticing is that in the event that black could play his knight to d4 once the white queen has gone to e1 (attacking e2 and c2), white can just answer with Bd1. This idea is borrowed from some systems in the Dutch Defense and has not been played much at the GM level until recently when GM Igor Kovalenko employed it twice (successfully) in the Najdorf Memorial.

We have to say that this idea had been played before by McShane, who won a massive game against Cheparinov in 2009. In that game white started with 2.d3 then 3.f4, 4.Nf3, 5.Be2, and so on. You can see this game here:

The theory of this system has yet to be written. However, Kovalenko’s games show the basics of white’s idea, and therefore we will have a look into them.

In conclusion, we would like to let the reader know that, while this system is not a promise for an opening advantage, it doesn’t lead to a worse position and neither does black have a direct way to punish 2.Be2. Therefore, it is just as playable as any other weapon at white’s disposal. But, it has some fresh ideas and possibilities to play ”out of the book”. Good luck!

We also recommend reviewing The Queen’s Side Pawn Majority: 5 Rules to Know as well as 5 Things to Know about the same topic.