Off Beat Lines in the King’s Indian 6…Nbd7 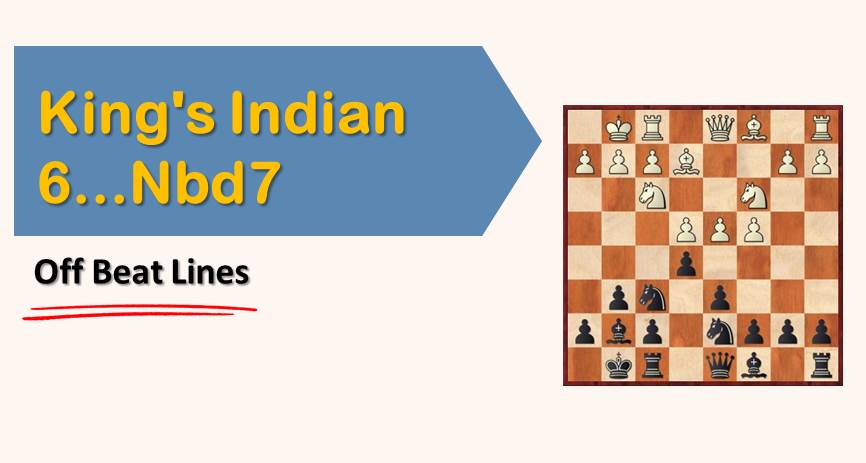 King’s Indian Defense is among the most popular defenses in chess. It offers great chances to the second player to unbalance the game. Nevertheless, the public opinion nowadays (it changes from time to time, like fashion) is that playing the King’s Indian is only an unnecessary risk.

Black can play the Slav or the Nimzo and avoid all the suffering in cramped positions, but this would bring considerably fewer chances to win the game. For every tournament player, it is very important to be unpredictable and have some fighting weapons for crucial moments during competition. These weapons can be openings such as the Blumenfeld Gambit, Benoni, Dutch Defense, and of course the King’s Indian. The latter has the plus that it can be played against white’s 1.c4, 1.Nf3, or 1.d4 while the Benoni and the rest cannot.

Even if these options are theoretically inferior, this doesn’t have to worry you. First of all, your opponent won’t be expecting so it is very unlikely he will remember the right refutation to your system. Even if he does, it doesn’t mean that black is lost, as there is still a hard struggle ahead and you will have your chances. In this article, we are going to see some options in the King’s Indian, different from the mainline. Objectively, they are inferior lines and we don’t recommend them as your main and only weapon.

However, in this article, we will propose you something different to surprise your opponents and to play it when only a win counts.

Let’s have a look now at the King’s Indian where the knight develops via d7 instead of c6. There are a few positive things about this variation:

Of course, the main drawback of the lines with Nbd7 is that black is considerably less active than with Nc6 and there aren’t any kingside attack actions that the King’s Indian is famous for. Here, black aims for a more solid position from which he can counterattack. 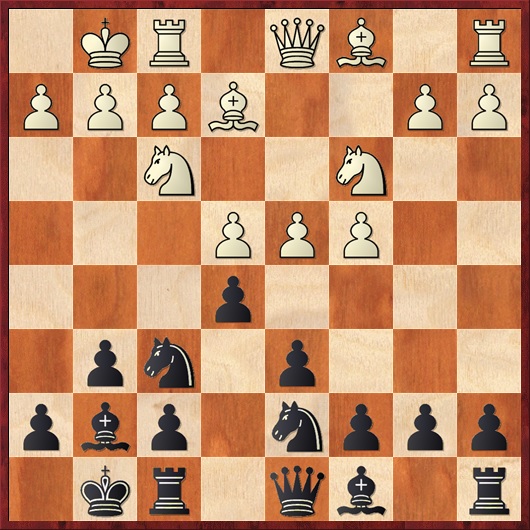 In this position, white can play 8.Re1, 8.d5, and the most dangerous 8.Be3, which is the mainline and the move we will deal with in this article. 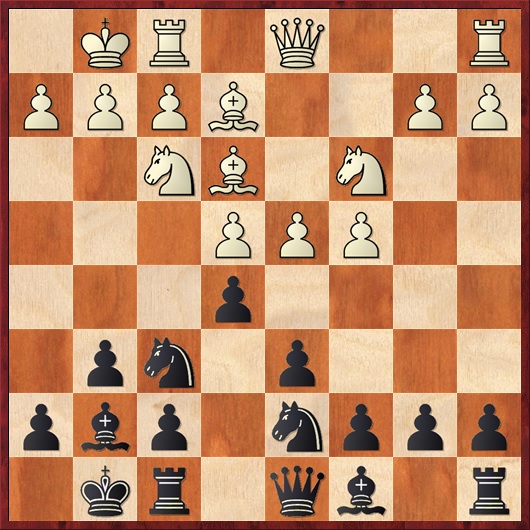 After 8.Be3 we’ll focus on the rare move 8…Qe7!?, which was played several times by the Armenian GM Akopian. Black puts pressure on the e4 pawn and leaves white with three options. He can maintain the tension with 9.Qc2, close the center drastically with 9.d5, or take on e5. We will analyze all of these moves in the next three examples:

White plays 9.Qc2 – This is very natural and probably the best. Now, black’s plan is to capture on d4 and play along the dark squares. The control of the squares e5 and c5 plays a very important role, in keeping black’s position together.

White plays 9.d5 – Against this move black is ready to play 9…Ng4 followed by 10…f5 with an active play on the kingside.

White plays 9.dxe5 – “Playing it safe”, but there is no immediate way to force a draw or anything close to it. After capturing on e5 black can still play for f7-f5 and try to complicate things in the center.

Want to know more about King’s Indian Defense? Look at 5 Reasons to Play It in Must-Win Situations.

We also recommend reviewing Alekhine Defense: 10 Reasons to Play It as well as 3 Things to Know About Exchanging Pieces.