Openings for White: Keeping an Edge Against the Modern 1…g6 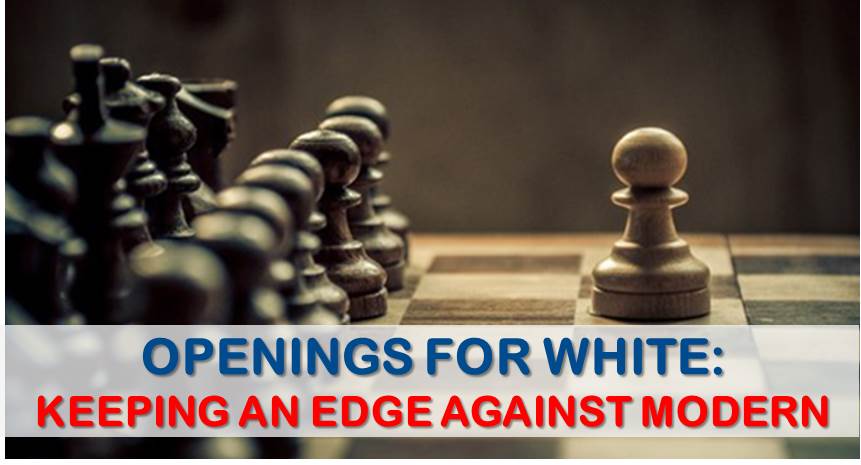 Openings for White: Nowadays, when the flow of information is open for everyone and theory is so deeply developed in the most popular openings, the move 1…g6 as a response to 1.e4 has become trendier. The main reason is “to avoid” theory and get the first player into a complicated position where he is forced to think by himself.

Most supporters of 1…g6 don’t have a fixed plan behind their fianchetto; they most likely will wait to see what white does and then react accordingly.

Sometimes they will use the a6-b5 setup, other times they will try c6-b5 or they could just play with d6-Nf6, entering pure Pirc territory. This whole strategy in the modern is nothing new. The great patriarch of chess Mikhail Botvinnik was quite successful with the move 1…g6. This wasn’t necessarily because he obtained good positions out of the opening, but mostly because he was better than his opponents in the middlegame. So with this, we resume what black wants with 1…g6:

In this article we will recommend an easy-to-understand setup which is only possible against 1…g6, based on Nf3 – Bc4 – Qe2. 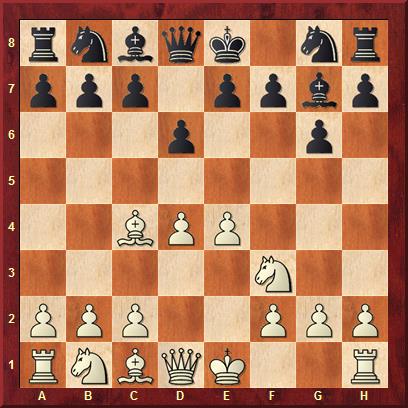 This development is rather easy to play. White develops in a natural way and defends his center comfortably. The system was employed by Euwe and Alekhine back in the day, but Mikhail Tal also played it a few times with great success: 6 wins and 0 defeats. Even Kramnik who is not a 1.e4 player has employed this system in blitz games with wins against Caruana, Ponomariov, and Radjabov.

Although it was only in blitz, his preference for this system leaves no doubt of its value. Other notable Grandmasters to employ the line a few times are Mark Hebden (with an impressive score!), Robert Ruck, Goran Dizdar, Francisco Vallejo, and Mihail Kobalia. Curiously enough some of these players usually start by 1.Nf3 but when meeting 1…g6 quickly get into 2.e4/d4.

Key points and ideas of the system:

Now let’s have a look at the Bc4-Qe2 in action played by top Grandmasters. We have decided to include Kramnik’s blitz games in our selection. Given the quality of the players, the games should be studied seriously, despite the short time control.

In Kramnik – Ponomariov we see white’s play for the space advantage. Although he lost his light-squared bishop, Kramnik managed to bury the g7 bishop and finished the game with a fantastic attack using a rook lift (See our previous article on rook lifts to learn more on this subject).

In Vallejo-Efimenko we see one of black’s most standard reactions, a double fianchetto and developing the knights to e7 / d7. This is usually known as the “hippopotamus” setup. It is very solid, but white’s space advantage guarantees an edge.

The last game of our selection is Ruck-Jovanovic. This clash between these two Grandmasters shows that black experiences some problems if he plays for the e7-e5 advance. White trades on e5, obtaining a sort of an Italian opening setup in which black is rather passive.

Of course, there are many ways to play for black and it is impossible to cover them all. We have mentioned the Grandmasters who employ this line in order to guide our readers to a deeper study. We hope that the games exposed above will serve you as a guide and hopefully the line will prove useful on any given day.