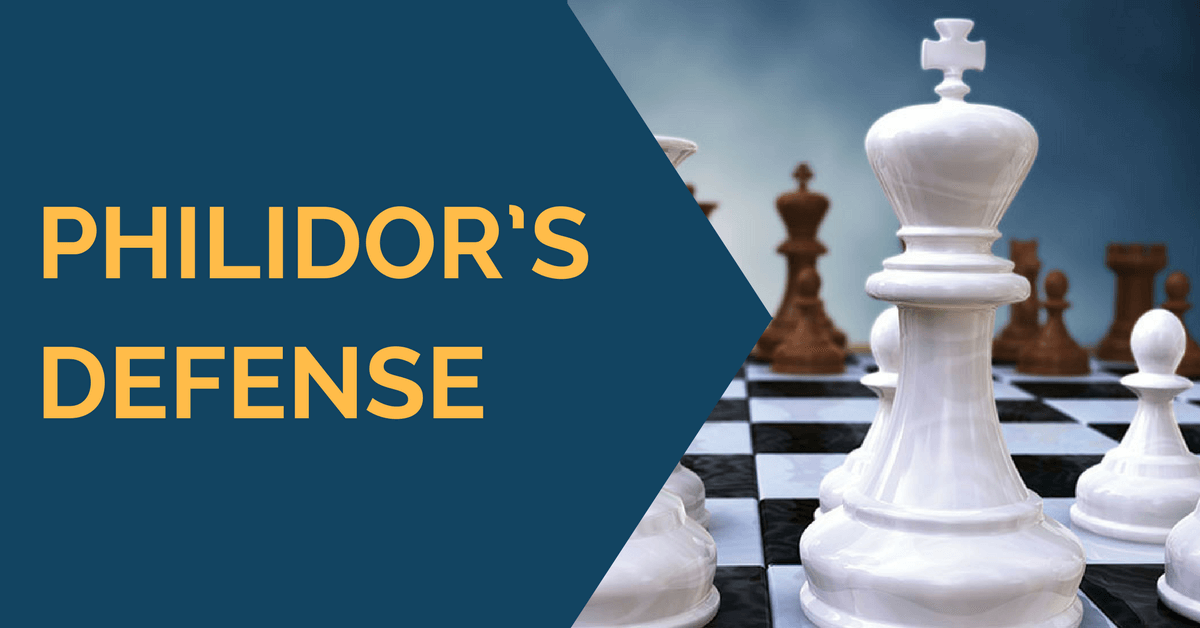 It is named after the famous 18th century player François-André Danican Philidor, who advocated it as an alternative to the common 2…Nc6. Today it is known for being a solid, but rather passive, opening for black. It is rarely seen in top level play. Philidor’s main idea behind the move 2…d6 was of course to protect the e-pawn, but most importantly to prepare immediate f7-f5 pawn push, attacking White’s e4 pawn. Since white already placed its knight on f3, the f2-pawn cannot be used to protect the e-pawn which makes Black’s idea possible.

With its third move 3.d4 White tries to eliminate tension on the center squares by exchanging e and d pawns.
White also prevents Black from playing 3…f5 which would lead to exchange of White’s e-pawn for Black’s f-paws which is good for Black. Usually central pawns are somewhat more valuable then flank ones. For example “e” and “d” pawns are typically not to be traded for “f” and “c”. It’s just a general rule, and of course there are exceptions such as Queen’s Gambit Excepted (d pawn is being traded for c pawn) or when we deal with an isolated passed pawn. 1. e4 e5 2. Nf3 d6