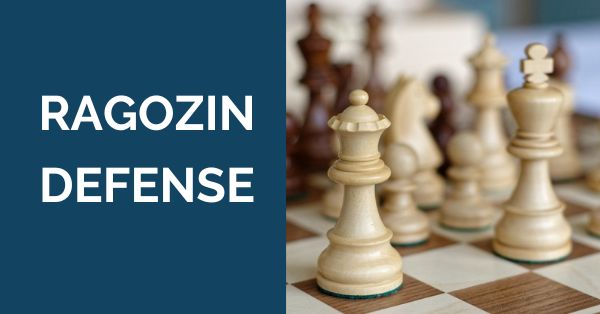 Ragozin Defense has become very popular nowadays against the move 1.d4. Given its flexibility in the move order, black can employ it in different move orders, depending on white’s starting move. For example: 1.d4 Nf6 2.c4 e6 (Black threatens to play the Nimzo Indian with 3…Bb4) 3.Nf3 d5 (Queen’s Gambit ?) 4.Nc3 Bb4! Ragozin Defense. It can be applied to 1.Nf3 or 1.c4 as well, as long as white has developed his knight to f3.

Look at the chessboard: 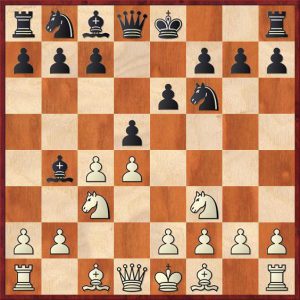 Black’s success in this variation was achieved due to the efforts of top-level players such as Aronian, Giri, Wojtaszek, and Leko to name a few. Their games have not passed unnoticed and the Ragozin is now one of black’s top choices. The mainline against this defense has always been 5.cxd5 exd5 6.Bg5.

However, recent results show that play is double-edged, and black has more than just one way to achieve interesting play. For instance, 6…h6 7.Bh4 Bf5!? is quite trendy and has scored well in practice. 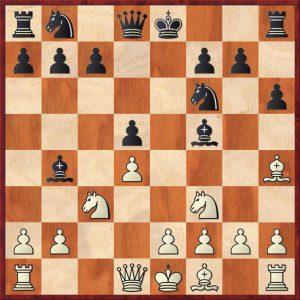 Black’s play is rather natural; he has solved the problem of the c8 bishop, he will continue with Nbd7 and there are always ideas of playing g5 and Ne4. Another interesting idea for black is to go 6…h6 7.Bh4 Nbd7, followed by g5 and Ne4 or c5, as played by Anand.

With black doing so well in the main lines, it is natural to start looking for alternatives in the previous moves with the idea of reducing the number of choices for black. In this article, we want to present you with a rather new alternative for white that we consider interesting enough to try. Instead of playing 6.Bg5, it is interesting for white to try 6.Bf4!?, which is more restrictive. 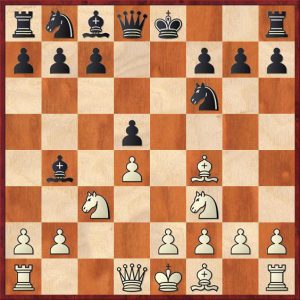 White aims for solid, quiet play within the limits of the typical Queen’s Gambit structure. Black has different paths to follow, but without the option of h6-g5 (that he had with the bishop developed on g5 on move 6), it is more difficult for him to find activity and interfere with white’s development.

Among the best players to employ 6.Bf4 we can find Svidler, Eljanov, Moiseenko, and a few more others, but, as mentioned earlier, this road is currently under development! Let’s have a look now at three games that are very relevant to our subject. We will see in these examples how black can play against 6.Bf4 – for example with c5, attacking the center, or with a more solid approach of c6 and Bf5. 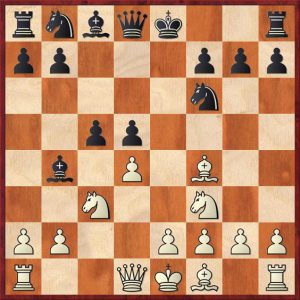 This is black’s most logical response, in the spirit of the variation. White can answer with 7.e3, with solid play, but the most interesting alternative is 7.g3! as played by Pavel Eljanov. The bishop is more effective on g2 against black’s potential isolated d5 pawn. In case black plays c5-c4, then white’s plan will be to achieve the e2-e4 break. See more details in the game below: 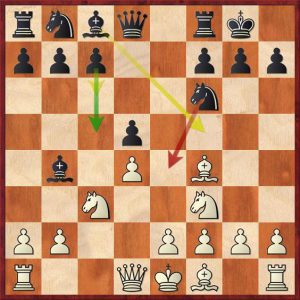 This is a flexible choice, keeping all the options open and waiting for white’s next move. White should continue here with 7.e3 with a typical play of the Carlsbad structure, although the alternative 7.Rc1 is also playable. Our main example was played at the highest level between Svidler (white) against Anish Giri.

The game shows the typical minority attack in the Carlsbad structure. 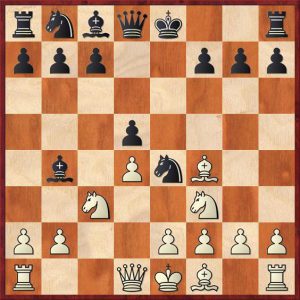 It is natural for black to try to exploit the pin with this direct move. The character of the play is much more forced and sharp than in the other lines. White should play 7.Rc1 followed by 8.Nd2 in order to get rid of the pressure on c3.

See details here: In general, this line looks like a very interesting way to face the trendy Ragozin Defense. We hope you have enjoyed reading and feel free to leave us feedback with ideas for both sides!

We also recommend reviewing Sicilian Defense: Playing Against it – Complete Guide as well as 7 Reasons to Play the Reti Opening.

Ready to start winning games with Queen’s Gambit? Check out our store and articles: