Why Play the Scotch Game? 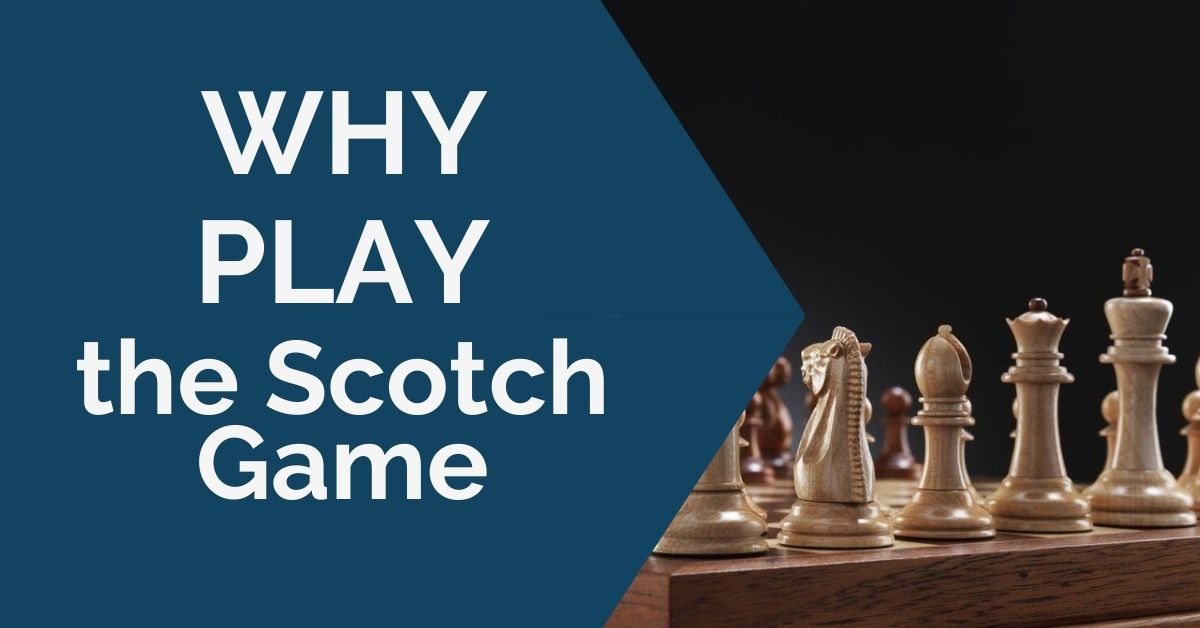 Scotch Game and the reasons for recommending it. In this article, I would like to explain why to use the Scotch Game as a way to combat 1.e4 e5 instead of many other possibilities that exist out there. As a person who has played nearly exclusively 1.e4 e5 on the Black side, and a person who just published a Black course on 1.e4 e5.  And, is about to publish a book, I can definitely say that White does not have any opening advantage in 1.e4 e5.

Once we acknowledge this fact, it becomes easier for us to make an informed, smart choice about how to build the repertoire. Logically, if there is no advantage, there is no need in going for the main Ruy Lopez variations, as White needs to spend years learning theory and getting acquainted with typical positions.

It might look like there are other choices, such as Italian or Four Knights. However, according to my experience of private coaching, most club players have a repertoire, or at least a good understanding, of what to do against these popular openings. Thus, it is difficult to count on the surprise effect.

Besides that, in those openings, it’s mostly Black who chooses the direction of the game. For example, take a look at this typical Italian position. 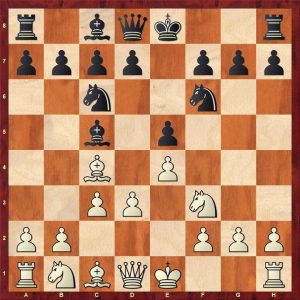 This is one of the basic Italian positions. Now Black can choose between such options:

Oftentimes, White’s reaction to Black’s various attempts and plans should be completely different!

Obviously, Italian is a very good opening from an objective standpoint. However, I feel that for a typical club player there are way too many nuances and subtleties to learn and keep in mind – after all, we also have middlegame and endgame, tactics, and positional play to study, not just the opening, right?

Instead, things are rather different if we choose Scotch. We define the direction of the game as early as on move 3, and Black does not have many possibilities – he can go either 4…Bc5 or 4…Nf6. In both cases, we are the ones choosing the type of the ensuing battle – if we want, we can play ultra-sharp; positional players can also choose lines that suit their style well.

Against the dynamic 4…Nf6, I have decided to recommend two approaches – one that will suit positional players and would not require much work, as well as the sharp one.

For example, take a look at such a position that more or less inevitably arises after 4…Nf6, which is my “calm” suggestion. 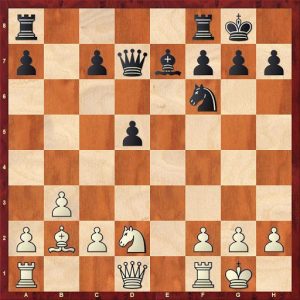 What can we see? White has, most importantly, a better pawn structure. He has got two pawn islands, while Black has three. His a7-pawn might become a weakness later, and White might put pressure on the central pawns.

White’s bishop is also more active, it is actually very well-placed on the long diagonal.

White’s pieces have great spots to go to: he will bring the queen to f3 and rooks to d1 and e1.

Black, on the other hand, does not have squares and spots for his pieces where they would be working as actively.

I understand that White might not be a lot better. His advantage is small, but very stable, as it consists of long-term factors, such as pawn structure.  Who would be unhappy to play such a comfortable position with White without needing to know much?

Let’s take a look at another position. 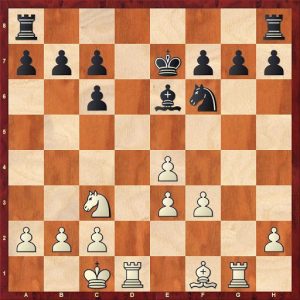 This is not an opening position, rather a middlegame one, or an early endgame one. However, to discuss such a position is really important as it is a very typical structure of the 4…Bc5 Scotch.

White now, theoretically, has a worse pawn structure as he has more pawns islands. However, in reality, things are exactly the opposite because White’s central pawns are a very dangerous force. White can advance them to grab space and to kick Black’s pieces back. He also enjoys the semi-open g-file. The White pieces have multiple interesting routes, for example, Ne2-f4, or Ne2-d4.

Black, on the other hand, does not have any obvious active ideas.

Again, I see no reason why we would not be happy with such an opening outcome.

The point of this short article with a few diagrams is to demonstrate that Scotch, an opening popularized by Kasparov and many other great players, can be an extremely dangerous weapon, despite the fact that it is not as popular as Ruy Lopez or the Italian Game.

By adding such variation to your repertoire, you will get fresh positions where you will be more experienced than your opponents, which will grant you several comfortable wins and enjoyable positions overall.

It is also worth mentioning that even though I tried to make this course understandable and easy to learn for club players, you can also treat it in a different manner. You can opt for sharp, unbalanced situations where all the pieces are hanging if you are comfortable with such positions. 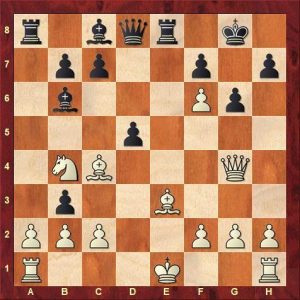 Those of you who love crazy, unbalanced situations should look at this diagram.

What can we see?

At the moment, White is a piece up, but his bishop and queen are attacked. White’s king is in the center, but Black’s king is also very uncomfortable as the pawn on f6 is a huge attacking force. If the White queen ever gets to h6-g7, it will be checkmate.

And I am not showing you some random position – it is a game between MVL and Carlsen, the best players in the world!

They, apparently, think that both sides have great chances to win in this fighting position. Why don’t you try it, too, if you lean towards aggressive chess?

This variety will obviously enable you to learn a lot and become a better player.

I hope you would enjoy studying Scotch as much as I enjoyed creating a course on it!

Looking for more on Scotch Game? Look at This Opening as well as 7 Greatest Games on It and A solid and reliable variation against 1…e5.

Ready to Include Scotch Game in Your Preparation? 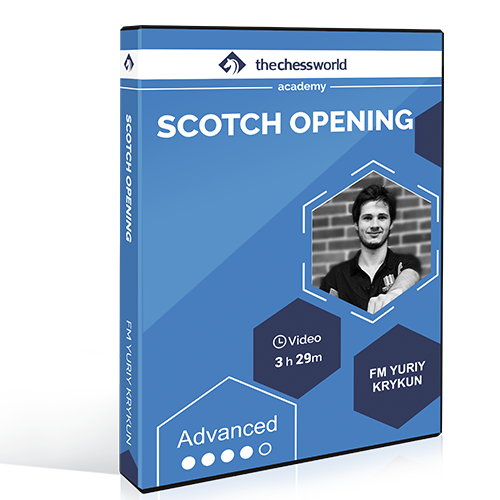