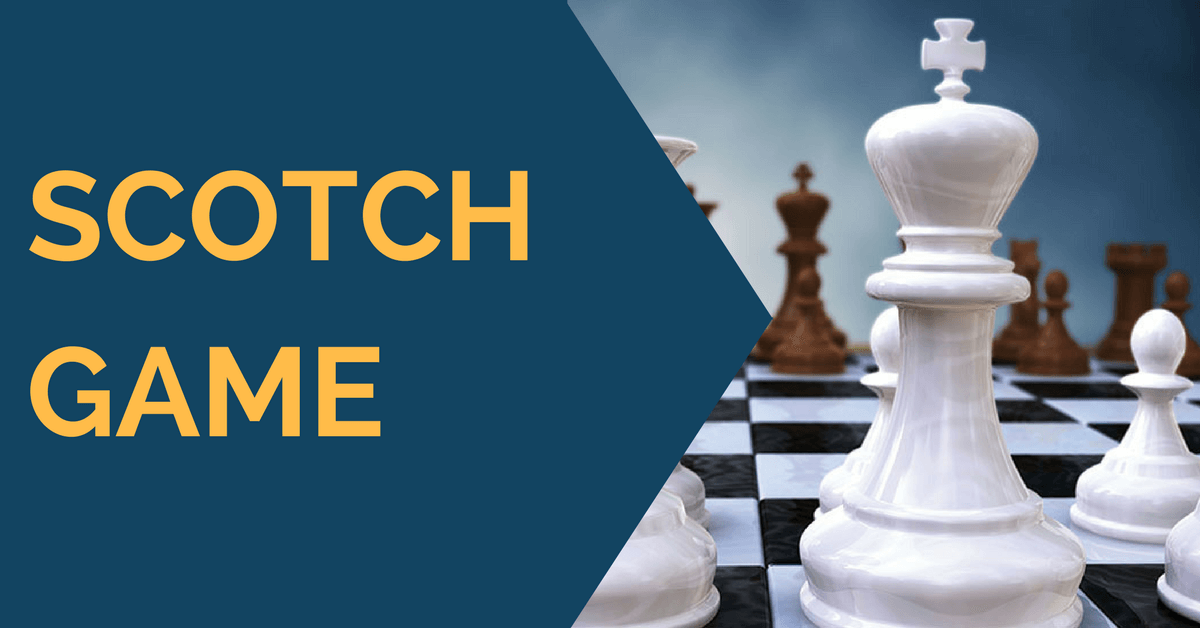 The Scotch Game received its name from a correspondence match in 1824 between Edinburgh and London. Popular in the 19th century, by 1900 the Scotch had lost favor among top players because it was thought to release the central tension too early and allow Black to equalize without difficulty. However, this opening is still very popular on “chess club” level, so every chess player should be familiar with it. The main idea of White’s 3.d4 is to dominate the center. However, Black, with the right play, can hold its own.

Black usually takes 3…exd4 because there is not other good way to protect the pawn. After 4.Nxd4 a lot of players take the White knight: 4…Nxd4 5.Qxb4 d6 6.Nd3 which is called Ghulam Hassim variation. I believe that it is NOT a good idea to exchange knights for Black at that point since White’s queen occupies the central square d4 where is has a lot of influence and it is hard for Black to get rid of it. So, DO NOT exchange the knights if you not sure. It is a lot safer to play 4…Nf6 or 4…Bc5.