Solid Weapon for White: The Torre Attack Against the Indian Defenses 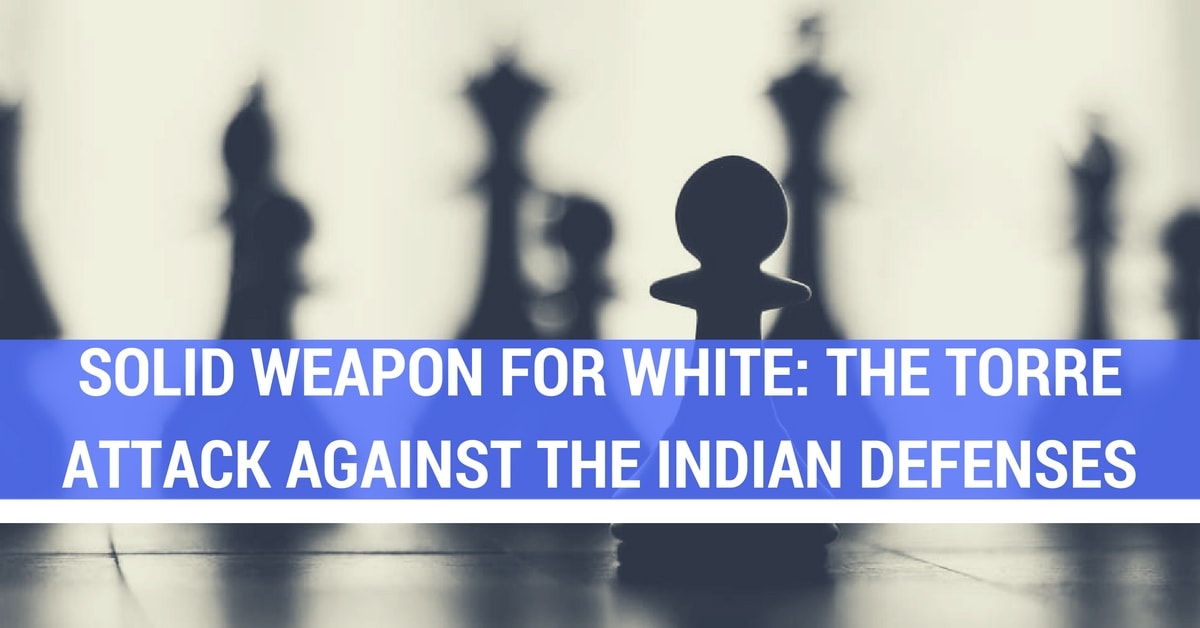 Torre Attack Against the Indian Defenses: There are many solid ways to play 1.d4, nowadays the most popular being the London System (2.Bf4) partially thanks to the efforts of Gata Kamsky and his excellent results in this line. However, there is another sideline that is an excellent weapon to fight against the tactical King’s Indian / Grunfeld players, the so-called Torre Attack.

The Torre Attack is defined by the moves 1.d4 2.Nf3 3.Bg5. It has similarities with the London System, but the bishop on g5 restricts black’s play more. Another particularity of this system is that white aims to occupy the center with pawns, for example, Nbd2 followed by e4. In such cases, the middlegame resembles the Spanish opening if black plays for the e5 central break.

Among the strongest players to employ this line, we can find the classics Tigran Petrosian, Bent Larsen, and David Bronstein. It is also interesting to see that Kasparov himself played this line on a few occasions. Other notable players with several games on this line are Vladimir Malaniuk, Pavel Eljanov, Krishnan Sasikiran, and Kiril Georgiev.

Torre Attack: What to expect from this line?

There are a few key points to consider playing this very positional line in tournament games. Here is a brief explanation:

The line begins after the moves: 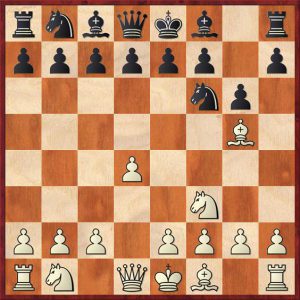 Here we recommend the move 4.c3! to begin with. Normally white continues with 4.Nbd2, but 4.c3 restricts the option of a direct c5 (because after dxc5 black doesn’t have the move Qa5 anymore). The line continues with black playing 4…0-0 5.Nbd2 and black is at a crossroads: 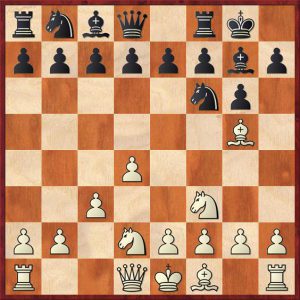 How to react against the threat of 6.e4? He can play either 5…d5 to stop it or play with 5…d6 in King’s Indian/Pirc style. The first choice will lead to very closed positions in which white’s play will be on the queenside. Possible plans are to play a4-b4 and prepare the rupture c3-c4, opening the C file.

The second option, 5…d6, will also lead to a position in which black will have to decide between two ideas – to either play for c5 or for e5. The latter needs preparation with 6…Nbd7 or even 6…Qe8. When black finally achieves e5, white will capture in the center, fixing the structure and start actions on the queenside. Against the move 6…c5 we recommend the immediate capture, 7.dxc5, fixing the pawn structure as well, followed by 8.Bc4.

See the following examples for explanations of the plans mentioned above.

We have examined the game between Sasikiran and Kasimdzhanov played in Doha in 2006 where we can see how to gradually build the initiative from a symmetrical structure.

When black plays e5 white will almost always play dxe5, aiming for a fixed pawn structure, when the most common ideas are attacking the queenside with b4-a4-c4. There are many games played in these pawn structures, so we recommend you study all of the games by the players mentioned in our introduction text. The game Kasparov – Martinovic is an instructive example of what white wants in this line.

This leads to a more restrained game with very few simplifications. In the game Sasikiran – Mcshane Biel 2004 we can see a tense positional battle in which white kept an edge for the most part of the game. See the details below:

We hope you have enjoyed the games above and gained more knowledge about a system that is not so popular nowadays. Thank you for reading and, as usual, feel free to leave us feedback!

Ready to start winning games with the Torre Attack against the Indian Defenses? Check out our store and articles: