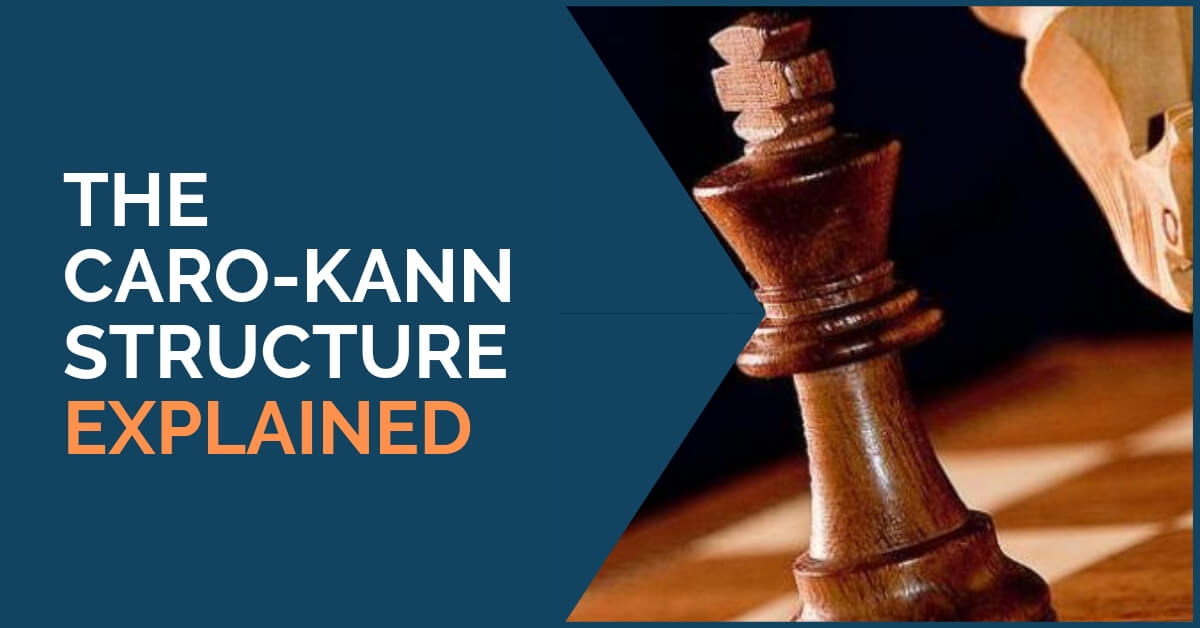 Caro-Kann Structure Explained in Details: The pawn structure in the diagram above is very familiar in chess practice. It can arise from openings like Slav and Semi-Slav, Alekhine, Scandinavian, French, and of course Caro-Kann, the latter being the most common source of appearance. The special thing about such a structure is that although white has more space, black is rock solid and his plans are very clear. Such a scenario always produces tense positional battles where both players need to understand the demands of the position and know well what the typical plans to follow are.

In this article, we want to shed some light on how to play these types of positions with black, what goals to aim for, and what dangers he needs to be aware of. 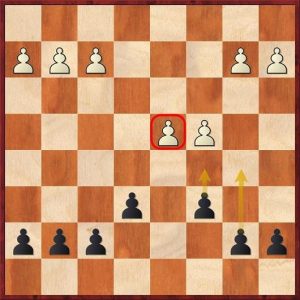 It is time now to see some basic examples of how to develop the above-mentioned plans in the game.

The first game we selected is Kostic versus Capablanca, New York 1916. The game started with a Slav Defense, a variation that is popular nowadays too. In the notes to the game, you will see the key points Capablanca used to obtain an easy game.

The main element in this game is the simplification of pieces.

Our second selection is a classic of a much modern era, Boris Spassky against Anatoly Karpov, a famous game in which Karpov slowly outplayed his opponent with some classy maneuvering. In this game, we can learn about how to put pressure on the d4 pawn and what pieces to trade. The game is considered a positional masterpiece. See the details here:

Our third and final selected game also has Karpov as a protagonist, but now on the white side. With the black pieces is the famous Danish Champion Bent Larsen, one of the greatest players of all time. Larsen played some good chess in his prime. In this game, we can learn more about the struggle for the d5 square. Also, about the strong counterplay black can create from a more restricted position. In these types of positions, it is easy for white to overextend, which black can take advantage of. See all the details below:

We hope you enjoyed this article and learn more about an important structure such as the Caro Kann structure.

Looking for more on this opening? Here are 10 Reasons to Play It and 8 Greatest Chess Games on This Opening.