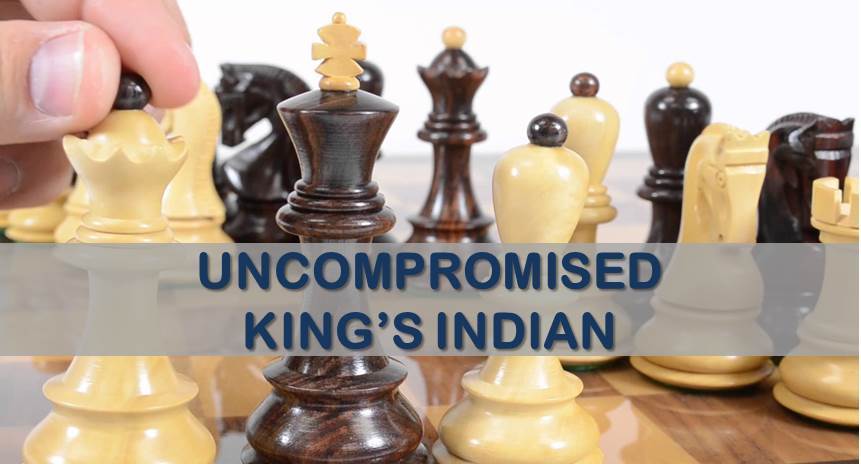 King’s Indian defense is not everyone’s cup of tea. The closed positions that arise from this opening, the large space advantage given to white voluntarily, and the race of attacks on opposite wings are elements difficult to dominate. However, the truth is that it is a fantastic defense and a very useful resource to have ready in your arsenal.

This is not only because you can fight for the win with black when you need to, but also because it can be played regardless of what white does. For example, if you’re a Benoni or a Nimzo Player, most 1.d4 players can start by 1.Nf3 or sometimes 1.c4 in order to avoid such defenses. This is of no great importance for the King’s Indian player who can always fianchetto no matter what white does.

There are different types of King’s Indian Defense players. There are aggressive players who play the Nc6 Mar del Plata variation which leads to very sharp positions with wild attacks. This was the choice of Kasparov who collected several victories with it. Nowadays, Nakamura is perhaps the only player at the top to use it from time to time. It fits very well for players with a strong sense of initiative and creativity on the attack.

But there are also other variations such as plans with Nbd7, as you can see in this article, that lead to quieter positions, which involve more strategy and keeping the tension. Although white always has a slight advantage in the King’s Indian, this is not relevant at all, what’s important is to have some counterplay in the end.

In this article, we will propose a third way of playing King’s Indian Defense, with the idea of providing you with a new weapon for your arsenal. It is a more flexible way that leads to very closed positions, but black keeps a strong chance of taking over the initiative. The variation we present is 7…c6. 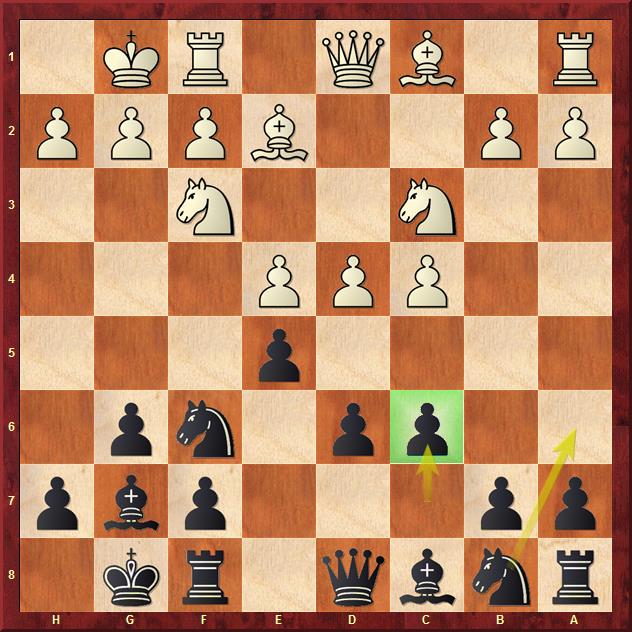 This move order has been the favorite of the Serbian Grand Master Branko Damljanovic, another specialist of all King’s Indians. Black’s main idea is to develop his knight to a6 and close the center with c5 once white advances d4-d5.

Note that this move order can also work against 7.Be3 instead of 7.0-0, the so-called Gligoric system. White has three main options after 7…c6. He can of course play 8.d5, closing the center, he can play 8.Re1, maintaining the tension, and finally, he can try the main move, 8.Be3, with the idea of d4-d5 followed by Nf3-d2 with a “perfect setup”.

The perfect setup for white in order to launch his queenside attack. Black should not allow this!

We will examine three model games with each of white’s main continuations and explain the strategies in detail.

White plays 8.d5 – This move has been played by Kramnik and Gelfand, so it must be considered a mainline. Black should play 8…Na6 and now white can either transpose to 8.Be3 by playing 9.Be3 or try several independent moves that we mention inside the game.

White plays 8.Re1 – Black can play 8…Nbd7 here, but he can also continue in the spirit of our suggestion by playing 8…Na6 with similar ideas. We analyze this variation in the game between Piket and Topalov.

The main continuation with 8.Be3 – Against this move black should continue with 8…Na6 9.d5 and now it is very important to play 9…Ng4! If black plays 9…c5 right away, then 10.Ne1 or Nd2 is better for white. After 9…Ng4 10.Bg5 f6 11.Bh4 c5 we reach a complicated middlegame in which we believe black’s chances are not worse.

There is a big strategic struggle ahead and one of the key points for black to remember is to keep an eye on his queenside before launching his kingside attack. In the game between Pogorelov and Spraggett, we examine the nuances of the position and how black should keep the balance between defending his queenside and improving his kingside.

We hope that with this article you have learned a new perspective on playing the King’s Indian. It is not always about straight attacks, but it can also be about strategy and long-term plans. Good luck!