The 3rd FIDE World Cup in Composing was held in the second half of 2013 under the aegis of WFCC.* The event directed by Dmitry Turevsky included both studies and problems. In the Studies Section there were as many as 40 entries. Mr. Iuri Akobia, eminent composer was the judge. At the moment Preliminary results have been announced. They will be declared final after two months allowed for claims of anticipation and unsoundness.

As of now Richard Becker, a well-known composer from the USA has claimed the First Prize. 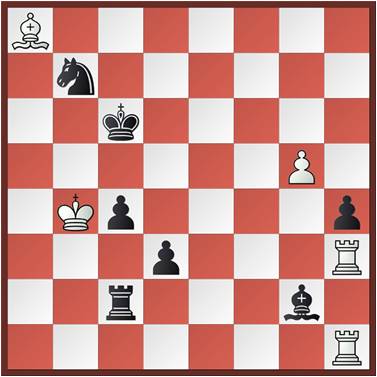 White to play and draw

A bewildering position. Both rooks are under attack. At least one of them will have to be given up, but which one?