He was once a favourite of Caissa 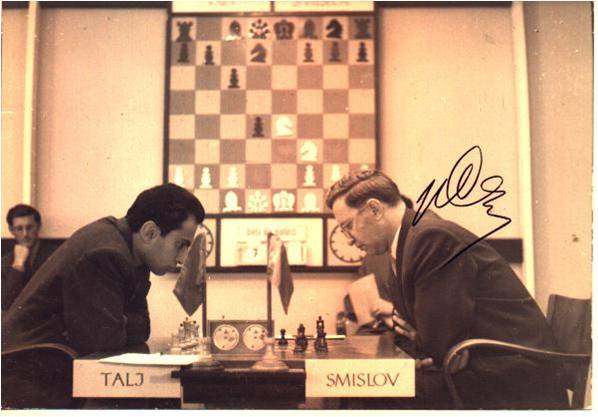 The Candidates’ Tournament 1959 was one of the greatest triumphs of Tal’s career. It was a star-studded field with eight players: Smyslov, Keres, Petrosian, Tal, Gligorich, Benko, Olafsson and a 16-year-old Bobby Fischer! ( Misha beat him 4-0) The event began rather ominously for Tal with losses to Smyslov and Keres. But he picked up pace with courage and confidence. By the end of the second cycle it was already clear that the real struggle for the first place lay between Tal and Keres. The third cycle of the Tournament commenced in Zagreb.

“If the audience had been surprisingly large at Bled, then they were still more impressive in their numbers at Zagreb where popular enthusiasm for chess is clearly very great indeed. The hall of play had some 700 seats but all tickets were sold well in advance and it was the custom for the crowds to assemble outside the playing room at each session…..

Spectators got their money’s worth in excitement in the first round at Zagreb. Despite Tal’s wonderful record it was an open secret that Smyslov was rather contemptuous of his play which seemed to him to allow to too great a role to chance and luck. In fact a few days before he had given an interview to a reporter of the Zagreb Evening News in which he indicated how lucky he thought Tal had been thus far in the tournament and that he regarded it as part of his duties as a grandmaster to beat Tal in a proper manner when next they met.”

We have the rest of the story from Tal himself:

”Up to a certain point Smyslov played the game brilliantly, and completely outplayed me, while in addition I had only 2-3 minutes left for some 15 moves. I had nothing to lose, there was no time for hesitation, and I only attempted to complicate my opponent’s task in any way possible. And then, with my flag horizontal, and a further four moves still to make. Smyslov ran into almost the only swindle I had managed to think up. 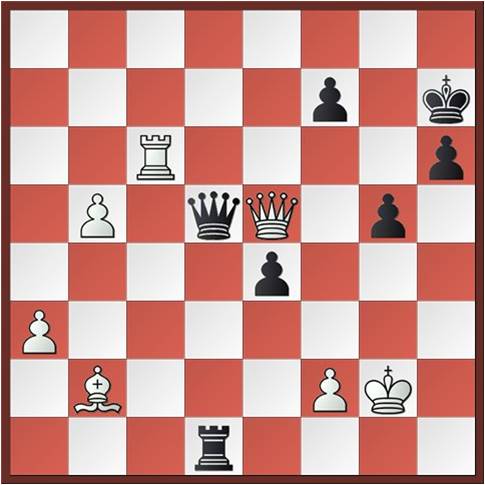 Smyslov is normally imperturbable at the board, but here after my 39th move, …Rh1+, his face changed, and after thinking for some three minutes, he made his reply and slammed his clock with furious force. Some of the pieces fell over, but contrary to my normal practice, I first gave check with my rook on…g1, pressed my clock, and then only began to restore order on the board. White could no longer escape from perpetual check.”

P.S.:Tal did beat Smyslov in their last encounter* and went to win the Candidates’ Tournament and won the world championship by beating Botvinnik next year. He was 24-years-old.

*Note: The image shown here is of that last encounter.

Dear friends,
Here is a short story on Tal:
http://en.chessbase.com/newsroom/post/a-star-is-born