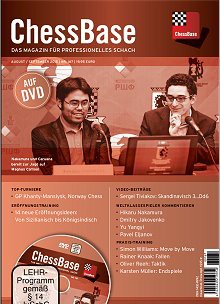 History, they say, is written by winners. When you see Caruana and Nakamura on the cover of this DVD you wonder whether that’s right after all. They won the Grand Prix cycle and earned their places in Candidates’ 2016. But what about others? Two came quite close and ended up in a life and death combat with each other. Jakovenko, the younger of the two just had to win this game in the 9th round to take his tally to 5.5 points, joining the leaders, Nakamura and Caruana. But then Gelfand had set himself the same target. Good old Boris had fought game after game only to be bogged down by draws. His hopes had been rekindled with a nice victory over Svildler. So when the veteran met the youthful warrior, sparks flew and the earth shook under the clang of their arms. 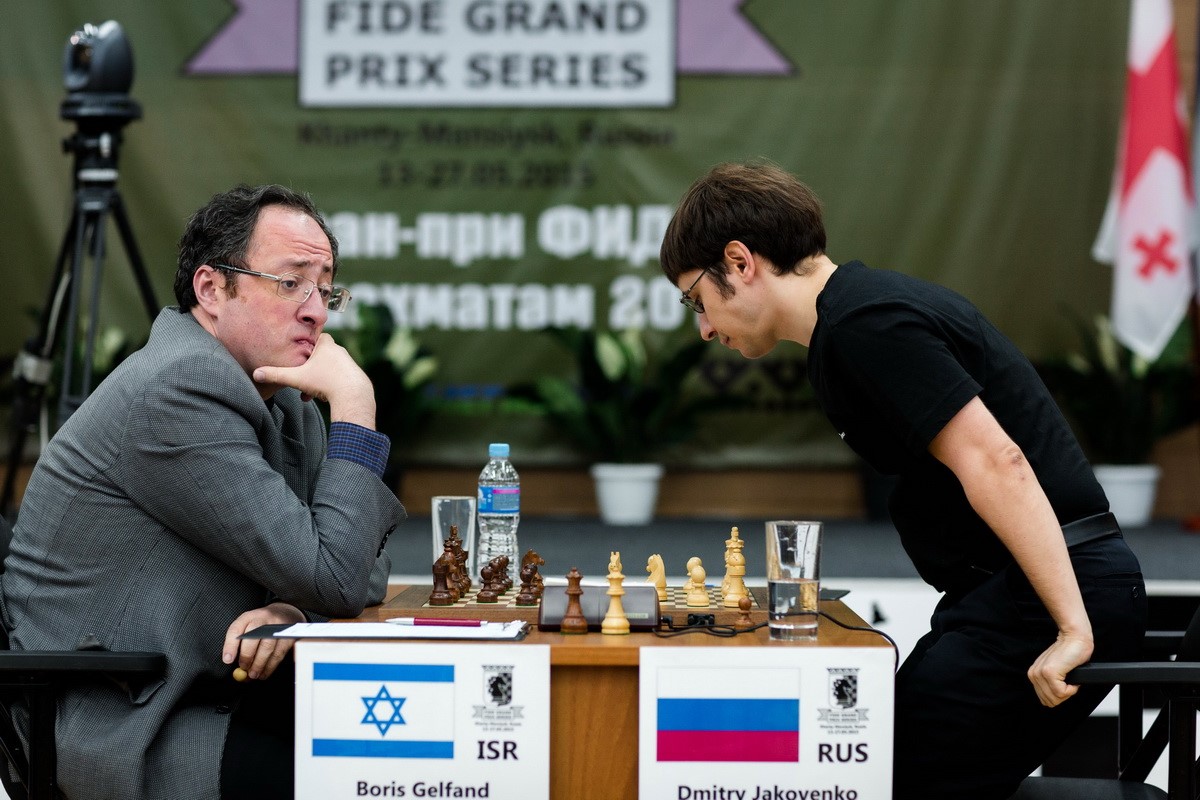 In this issue the battle is deeply annotated by Max Illingworth. I have simplified his analysis a bit and added a little explanation for younger readers.

A terrible disappointment for young Jakovenko who came so close to winning. 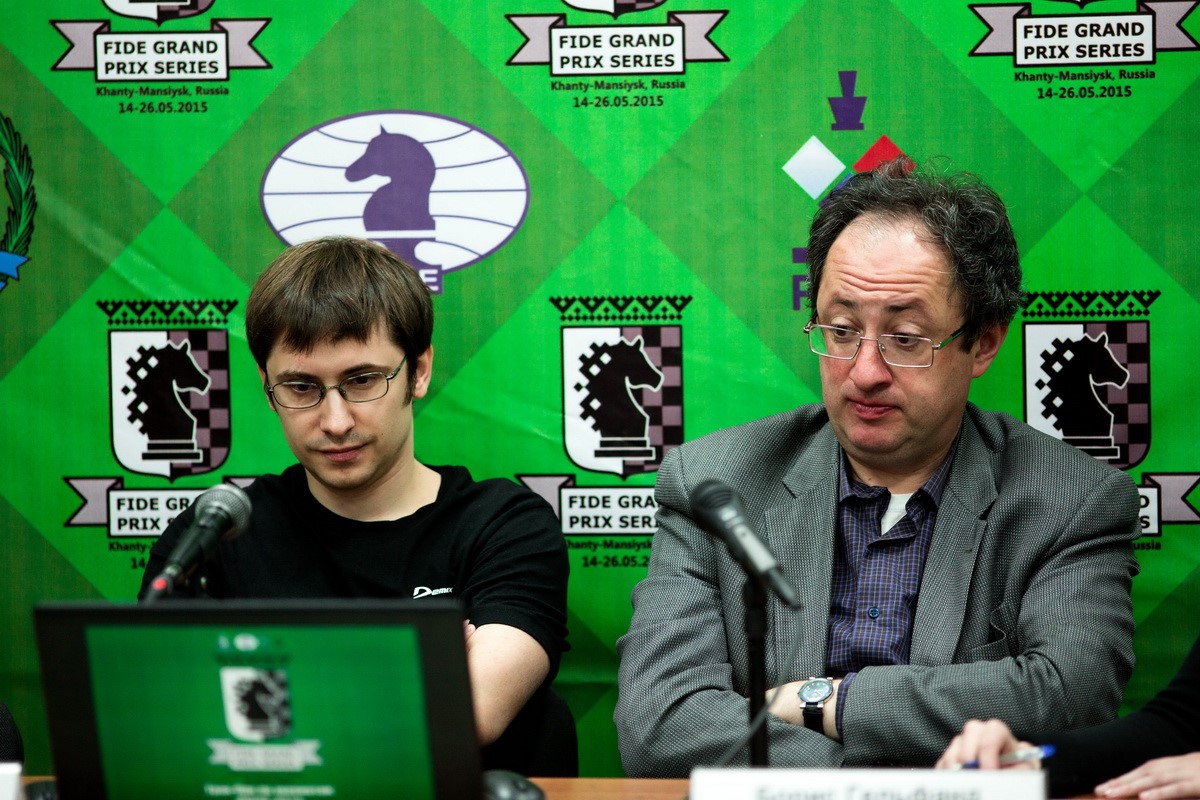 Undeterred, he went on to beat Caruana in the next round. After that supreme effort luck eluded him and he had to resign himself to draws. Boris fared no better, but he had earned his ticket to the Hall of Fame with this game.

As for the winners, you can check out the games Caruana-Tomashevsky and Nakamura-Vachier-Lagrave in this issue. If you are aspiring to be a professional player, you should also focus on games by others and see why seasoned campaigners like Karjakin, Svidler and Grischuk failed.

Misery has many lessons and one of them is not to take Caissa for granted. Carlsen learnt it the hard way on his home turf in 3rd Norway 2015, scoring 3.5/9. So did Caruana with 4/9 points. The tournament was deservedly won by Topalov (notwithstanding the “gift” by Magnus in the first round) ahead of Anand and Nakamura. If you wish to develop as a steady player with a smooth style you should study Vishy’s games in this issue. The Indian maestro makes it look easy! Nakamura on the other hand is a sharp shooter and when he is in form his performance looks like a typical Western. A serious student learns from both.

This issue also includes games from recent events, Capablanca Memorial Tournament and Dortmund 2015 won by Yu Yangyi and Caruana respectively. Between the two, Caruana’s play is well- known. Yu Yangyi’s play, however, is seen to be believed. 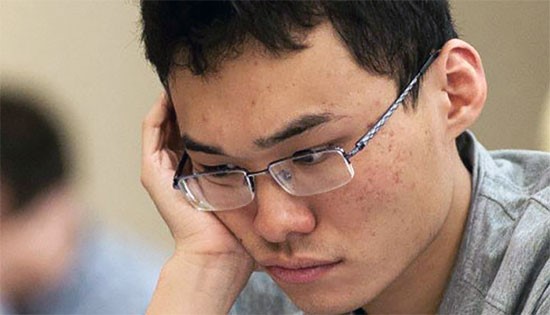 In this issue he has annotated his encounter with Dominguez from the Havana event.

Here is the critical position. 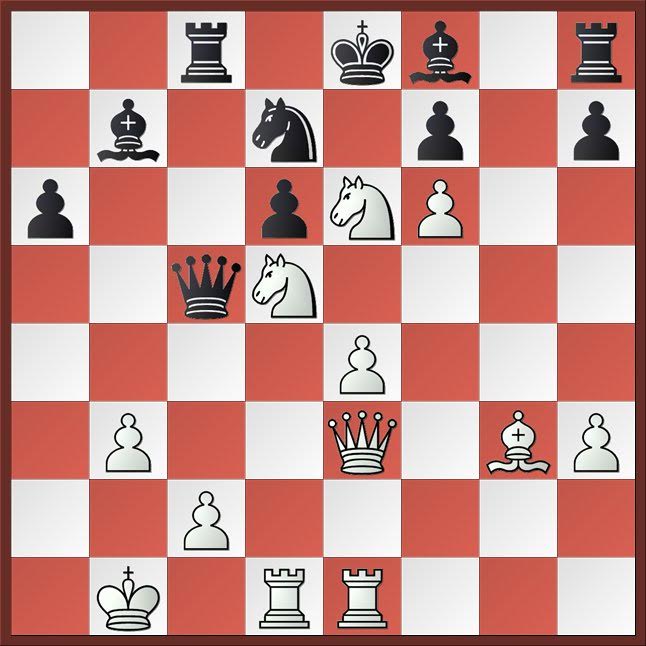 The cascade of sacrifices in the game is reminiscent of Tal. To his credit Yu Yangyi has also shown lines of defence in his analysis. This player would go far.

I should also make a special mention of European Chess Championship for Women that turned out be a race between Natalia Zhukova and Nino Batsiashvili. The latter was leading till the end only to be stopped by Zhukova in a tense encounter. Here is the decisive moment.

Zhukova shone with similar elegant play in other games of the tournament. She finished with 9.5/11 half point ahead of her rival, Batsiashvili who finished with 9/11. The Ukranian player’s victory, coming as it did after a gap of 15 years delighted her fans.

Zhukova, however, cannot afford to rest on her laurels as she has a challenge coming up nearer home. 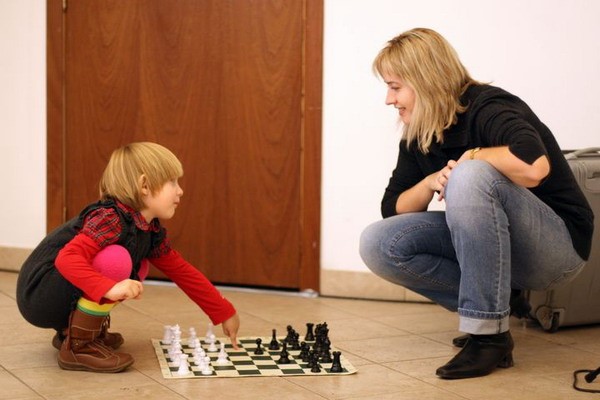 “If I play there, will you turn your king down?”

This brings me to other sections of the Magazine. There are 14 opening surveys ranging from the Slav to the Sicilian. Among them I would single out Emanuel Berg’s analysis of a gambit against c3 Sicilian: 1.e4 c5 2.c3 d5 3.exd5 Nf6!? (B22) 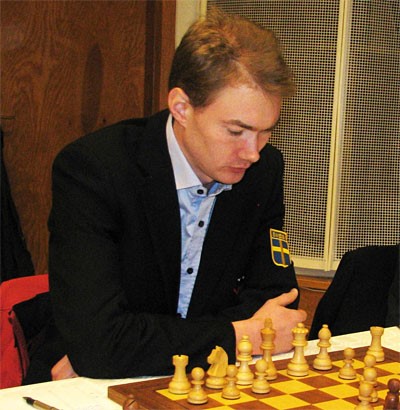 A Gambit against c3 Sicilian (pgn)

Inspiration or insanity!? Only time would tell. But if you are an e4 player and love c3 Sicilian, it may be desirable to know these lines for the other side. Forewarned is forearmed.

For reasons of space (not to mention time!) I have not been able to do justice to them.

The discerning reader would know how to make use of this magazine.

The image of Zhukova playing with her daughter is taken from ChessPro.ru.