180 years ago two gladiators, Louis Charles Mahè La Bourdonnais (1795-1840) and Alexander McDonnell (1798-1835) fought a series of battles that remain unrivalled in the history of chess for sheer intensity and magnitude.

This book recreates the drama and the atmosphere of the match. It also provides a detailed historical context and background.

The chess world owes a debt to the author for making available a great legacy that was so far known only to the cognoscenti.

I have read some well-meaning comment suggesting that this book is essentially for history buffs and scholars, not for practical players and also that the games are raw & primitive. Not really.

De la Bourdonnais and McDonnell reveled in gambits and enriched opening theory in this area. They also pioneered variations in other openings. Lest we forget, it was in this match that the Sicilian Kalashnikov Variation made its dramatic debut: 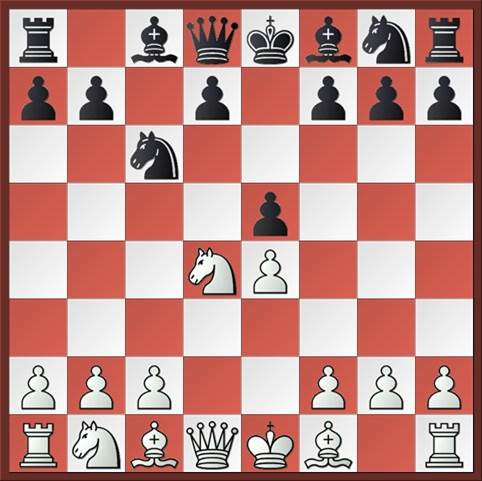 The middlegame was their forte. Both loved combinational play and leapt into a whirlpool of complications in game after game.

No wonder that the games of this match were deeply studied and appreciated by great masters. They also lavished rich annotations on these encounters.

Here I shall mention just a few of them:

The author has tapped them all and used them with discrimination. He is himself is a mathematician and a qualified USCF master. He has analysed each game on his own without relying on the ubiquitous Fritz. On occasion he gets it wrong, but the overall quality of annotations is very high.

Before we come to these games, a few words of introduction to the players are in order. 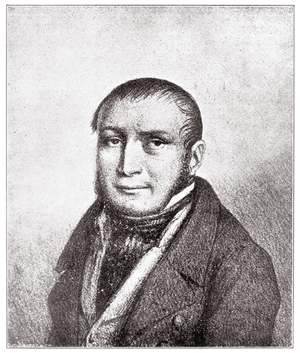 The first of them, de la Bourdonnais came from an old noble family. When he was in his twenties he joined the famous chess club, Café de la Régence in Paris. 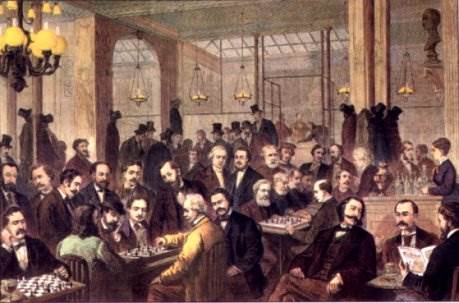 Here he became a disciple of the famous master, Alexandre Deschapelles.

In course of time the protégé overtook his master. 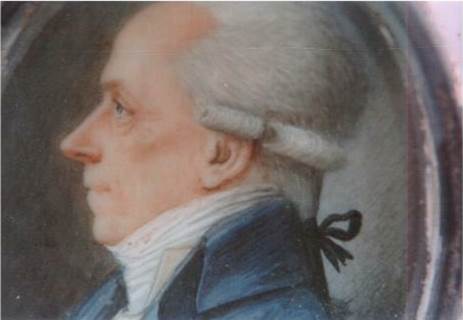 In those days there was a rivalry between English and French chess clubs. In 1825 de la Bourdonnais visited London and beat all the leading players. During his stay he fell in love with an Englishwoman, Eliza Waller Gordon and shortly they were married. He returned with his bride to France. The couple, it was said, lived in a château with five servants and two carriages. Then disaster struck. In early 1830s de la Bourdonnais lost his fortune through land speculation. So he relied on the board of 64 squares to earn a precarious income.

It was around this time that he heard of a new star in London, Alexander McDonnell whose brilliance rivaled that of his own. McDonnell happened to be an Irishman, son of a physician in Belfast. He had become a merchant and settled in London.

He was a very comfortably off bachelor who held the post of Secretary of the West India Committee of Merchants with a salary of £1,200 a year. As his duties were to watch the progress of Bills affecting the West Indies, he had work to do only when the Houses of Parliament were sitting (in fact, the Palace of Westminster was burnt down in the famous 1834 fire, which must have occurred during the match).

McDonnell was a disciple of William Lewis, a well-known player and soon surpassed his master in knowledge and skill. He could give odds of pawn and move to the best of his peers and still win.

Driven by curiosity and competitive spirit de la Bourdonnais visited London to seek out this new rival. Soon a match was arranged for a stake at Westminster Club and it commenced in June 1834.

Imagine a smoke-filled café with spectators jostling for space and hovering over two players engaged in a life and death struggle. Pleas for silence fall on deaf ears as the crowd can hardly contain its excitement. The opponents themselves are a study in contrast. De la Bourdonnais is loud and boisterous, laughing, cursing aloud at his opponent’s moves. McDonnell is quiet and reserved. Only his face and hands betray tension as he exchanges blow for blow with his opponent.

After four months of incessant battle the score reads +45, -27, =13 in favour of the Frenchman.

Sadly, the rivals do not meet again.

In the next part of the review we shall see some of the games and also learn about the subsequent fate of the players.

Note: In his work,Chess &Chess Players. London 1860 George walker draws fascinating pen-portraits of Deschapelles and de la Bourdonnais. He also offers an eyewitness account of the 1834 Match, the subject of this book under review.