25 Best Chess Books Every Player Must Have

There are 1000s and 1000s of chess books available in the stores and online. Which ones are worth buying and spending time on?

What books would really help a chess player to win more games and gain so desired rating points? Let’s find out what books are the best! 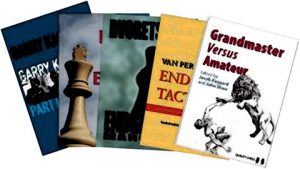 Chess Book 1. Carlsen’s Assault on the Throne by Kotronais and Logothetis

“In 2013 chess returned to world headlines. The energetic Norwegian prodigy Magnus Carlsen was front page news and his fans were not disappointed: the World Number 1 won the World Championship. ” New In Chess 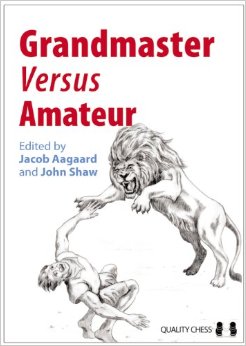 “Seven grandmasters contributed to this unique book, taking us on a chapter-by-chapter romp that compares the techniques of amateur and professional chess players. Each writer brings his individual talents and values to the discussion by annotating games won and lost, with each chapter written as an insightful essay.” ChessCafe

“All in all, this book is an amazing piece of history that makes for fascinating reading. It is entertaining, instructive, and plenty of fun. The editors at Chess Informant have done all chess lovers a great favor by putting this book together. This hefty tome is well worth the price of admission. Go get it.” ChessCafe

“Leading chess author Colin Crouch selects and explains over 30 sensational games, all from the new millennium. By studying battles between the world’s best players, Crouch examines in detail all the key areas of modern chess.” Everyman Chess 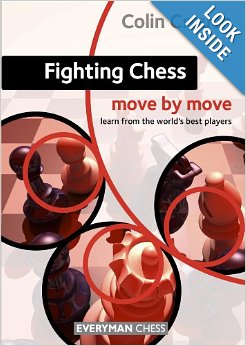 “Move by Move provides an ideal platform to study chess. By continually challenging the reader to answer probing questions throughout the book, the Move by Move format greatly encourages the learning and practising of vital skills just as much as the traditional assimilation of knowledge.” New In Chess

“I have used Calculation in work with my students. It is very valuable and I am very happy I bought it.” GM Artur Yusupov

“I really like Jacob Aagaard’s books; I always recommend them and use them myself.” GM Viktor Bologan

“It’s for the serious player. For those of you, who still keep dreaming about their master titles and want to work for them… The style in which [it is] written truly reflects the high level of writing Quality Chess is known and famous for!” Lukas Wedrychowski 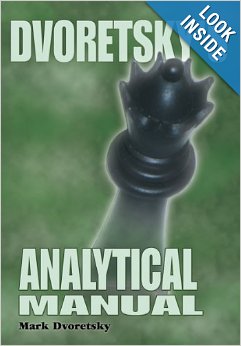 “In Strategic Play Jacob Aagaard digs deep into the most complex area of chess thinking. The games and exercises in this book transcend regular chess skills, such as pattern recognition, calculation and positional analysis. Building on the two previous books in the Grandmaster Preparation series, this book challenges the reader to explore the complexities of chess, offering clarity and understanding through Aagaard’s straightforward approach.” Amazon

“Dvoretsky’s Analytical Manual is, in short, a godsend, and a must for every grandmaster and every aspiring grandmaster (still young – under 40?), with high hopes and ambitions. ” ChessCafe

“The first section of the book discusses how the understanding of classical themes, such as pawn majorities, the center, and structural weaknesses, have been refined. Then author moves on to discuss new concepts, including the willingness of modern players to accept backward pawns in return for dynamic play, the idea of a good ‘bad’ bishop, knights finding useful roles at the edge of the board and the exchange sacrifice idea.”

“Aagaard, an experienced chess author, considers this to be his “best work” and indicates that he “wanted to write about understanding in chess” in a way “that people would find to be a good read.” He most certainly achieved his objective.” ChessCafe “The author illustrates the modern practice of chess with many examples from imaginative players such as Kasparov, Kramnik, Anand, Ivanchuk and tempestuous innovators such as Shirov and Morozevich.”

“This book provides a thorough course in endings with just kings and pawns, from the simple to the highly complex. Armed with this knowledge, the reader will also be able to tackle other types of endgame with greater confidence and certainty. Meaning more games won!”

“In this major two-volume work, renowned endgame theoretician John Nunn teaches the skills that are most important to success in practical endgames.”

“I am sure that those who study this work carefully will not only play the endgame better, but overall, their play will improve. One of the secrets of the Russian chess school is now before you, dear reader!” – GM Artur Yusupov” 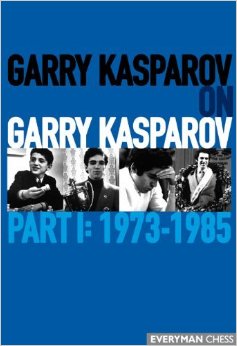 Chess Book 17. Tragicomedy in the Endgame: Instructive Mistakes of the Masters by Mark Dvoretsky

“This book is designed to highlight the key concepts of the most common chess endgames and will prove quite instructive to chess players of all levels. Topics include: The King in the Endgame, Pawn play, Zugzwang, Saving Methods, Tactics in the Endgame, Piece Maneuvering, Piece Exchanges ‘Technique’ and much more!”

“Watson writes that he aimed this book for a wide range from a “low-rated player with say, one or two year’s experience, to a long-time player who is familiar with a good deal of theory.” I am not sure if this is possible but would say that it is definitely must reading for anyone rated 2000 on up who has any interest in the English or modern chess.” IM Jeremy Silman

“It is the chess-player’s holy grail: a flexible repertoire that gives opponents real problems but doesn’t require masses of memorization or continual study of ever-changing grandmaster theory.”

Chess Book 21. The Kaufman Repertoire for Black and White by Larry Kaufman

“Grandmaster and former senior world champion Larry Kaufman provides a ready-to-go repertoire for both colors that is based not on what on what is objectively ‘best’ (meaning the most popular in recent grandmaster play), but on what is easy to digest for amateurs.” 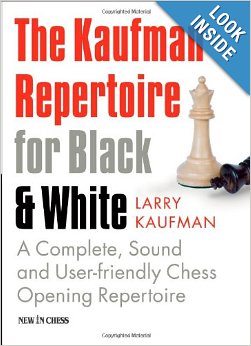 “How do we develop good habits of winning endgame play? There are lots of manuals; but this may be the first in which a famous practical player, a trainer with a world-renowned name, and a study composer who has earned the title of International Grandmaster of Composition, share their views in one and the same book.”

“Every fan of chess composition can find in this book some thing of interest.”

“Genna Sosonko observes the golden age Soviet chess from a privileged dual perspective. Combining an insider’s nostalgia with the detachment of a critical observer, he has produced unforgettable portraits of the heroes of this bygone era: Tal, Botvinnik, Geller, Polugaevsky, and the legendary trainer Zak are some of his subjects.” Amazon

Chess Book 25. The World Champions I Knew by Gennady Sosonko

“The legendary chess players that Genna Sosonko brings to life in this new collection of his acclaimed writing have one thing in common: Capablanca, Alekhine, Euwe, Botvinnik, Smyslov, Tal and Petrosian, they were all world champions.”

My 60 Memorable Games is the best. IMHO this list just serve as promotional advertisements only.

“My 60 Memorable Games” is included in our forthcoming list of classics.
Check out our reply on the choice of books here:
http://www.thechessworld.com/learn-chess/48-reviews-/363-top-25-chess-books-a-reply-to-our-readers

Friends,
John Watson has reviewed books on Carlsen. It may be of interest:
http://www.theweekinchess.com/john-watson-reviews/john-watson-book-review-111-carlsen-books

Dear readers,
We have kept our promise. Here is the list of books for beginners.
Even advanced players can benefit by reading some of them.
Do take a look:
http://www.thechessworld.com/learn-chess/48-reviews-/371-8-chess-books-every-beginner-must-read

IMHO nothing new has been discovered for the middlegame nor much for the ending. Sure the computers can correct the living daylights out of Basic chess endings but there is nothing new under the sun. Well annotated game collections are priceless i.e. praxis, Zurich 53 by Bronstein, Petrosians and Tal’s best games, not to mention my 60 memorable games. My system is great! Kotov’s “like a grandmaster” series of books are fantastic with lots of practical advice.

Dear Paul Weaver,
Check out our reply to readers:
http://www.thechessworld.com/learn-chess/48-reviews-/363-top-25-chess-books-a-reply-to-our-readers
It addresses most of the issues you have raised. On others I shall be brief.
“My System”, “Zurich 1953”and “My 60 Memorable Games” would be in our forthcoming list of classics.That is why they are not on this list.
We had to limit the list to 25 titles.
So we had to exclude individual game collections, Kasparov being the exception.
Even otherwise the current Tal and Petrosian game collections leave much to be desired.
“Tal-Botvinnik 1960”, however, would make to the forthcoming classics list.
As for Kotov, his analysis method has come in for some serious criticism from GM authors like Nunn and Tisdall.
His work is no longer taken for granted.
We would like this list to be reliable and trustworthy.
So Kotov had to be out.

An update:A new edition of Van Perlo’s Endgame tactics is due for release this year. See the publisher’s site for info.
http://www.newinchess.com/Endgame_Tactics___New__Improved_and_Expanded_Edition-p-996.html

Other readers may check out a detailed response to suggestions here:

Dear reader,
Your comment came too late to be considered in the Reply.
There are about ten books by this author and you have not specified a title.
We had to limit this list to 25 books and excluded games collections (Kasparov being the exception).
Otherwise we accord a high rating to the following title edited by Silman:
Pal Benko: My Life, Games and Compositions”.
It’s an autobiography of Pal Benko with deeply annotated games, studies and problems.
There is a special section on Benko’s openings by John Watson.
http://www.amazon.in/Pal-Benko-Life-Games-Compositions/dp/1890085081
You may check out a review here:
http://web.archive.org/web/20121229051819/http://www.chessville.com/reviews/PalBenkoMyLifeGamesAndCompositions.htm

What About Jeremy siliman”s Excellent Collection?

[quote name=”gardy sorita”]sir if in case i want to buy some of the books listed above how will i order?[/quote]

The books are linked to amazon, you can order it there.

I’m glad you enjoyed the list 😉 The point of this list was to actually step away from chess classics such as Nimzovich, Kotov, Averbach, Botvinnik, Alekhine, etc. to show the alternatives to that famous works.

Classical books are undoubtedly great but the books presented in the list are very high quality as well. If you looking to improve your game there is something in the list you will need, trust me.

I agree with Paul. This list may have some good books. But it is as if the last hundred years of chess literature were ignored! Sure computers have found errors in old texts. But writing ability and ideas do not impove in relation to time! Have JK Rowling, Stephanie Miller, etc. replaced Shakespeare?

Where are Kotov, Suba, Averbakh, Vukovic, Nimzowitsch, Bronstien..etc..
Most funny is Carlsens! Well talk is cheap..

sir if in case i want to buy some of the books listed above how will i order?

Those are great books for more experts and advanced players, but what books are good for beginners and intermediate players?

This is a very subjective list that ignores a historical perspective.1. Essential Chess Endings-Averbach 2. Practical Chess Endings -Keres 3. Capablanca’s Best Chess Endings 4. My System- Nimzovitch 5. How to Play Like a Grand Master-Kotov