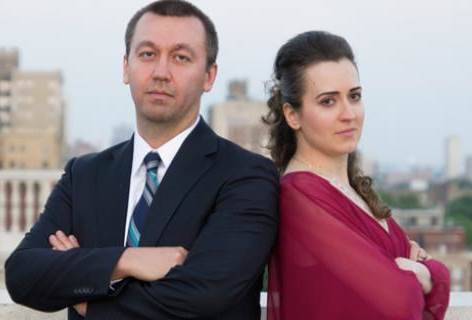 Returning to the St. Louis Chess club in the upscale Central West End neighborhood for round 9 on the Men’s side and round 8 on the Women’s. Akobian lost as black against Shankland to shake-up the standings.

Shankland was able to create a very active position trading his rook for two superior minor pieces while Akobian’s h8 rook was locked in its own private jail.

Shankland bishops end up dominating the board after Akobian forces the trade of queens. Kamsky and Onischunk both drew their matches.Alex Lenderman returns to form beating wunderkind Daniel Naroditsky. The game was very even until black blundered on the 48th move. Josh Friedel is making the tournament interesting as he climbs back into contention defeating tournament cellar dweller Erenburg. At the conclusion of the round Lenderman and Akobian were again tied for first with 6 points. Kamsky and Friedel each had 5.5 points.

The 8th round for the women featured the pre-tournament favorites squaring off with Irina Krush defeating Ana Zatonskih. This win brought Krush even with rival Zatonskih with 6 points in the tournament. The game was the same as Hagen vs Lewtak in 2013 until move 16. The rest of the game saw Krush create much more active pieces especially the rooks and take Zatonskih’s pawns off the board. Tatev Abrahamyan defeated Eswaran to remain only a half point behind the co-leaders. Foisor defeated Ni and the other two matches ended in draws.

Round 10 for the men saw little change in the leaders with most games ending in draws. Shankland did however continue his destruction of tournament contenders beating Josh Friedel with the black pieces. Shankland started the tournament slow but gained momentum it seems in his role as the spoiler. The loss ended any chance Friedel had of winning the tournament as the co-leaders Lenderman and Akobian were each a point ahead of Friedel and were scheduled to play each other in round 11. Kamsky still remained alive for the title a half point behind the leaders and hoping for a draw in the next round in the Lenderman – Akobian match. Sergey Erenburg defeated Gareev to move into a last place tie with Molner.

The 11th and final round for the men went as hoped for Gata Kamsky as he defeated Josh Friedel and Lenderman and Akobian drew. Erenburg defeated last year’s runner up Ramirez to end a disappointing tournament for Ramirez as he finished in 11th place after his great play in 2013. Naroditsky finished off Molner with the white pieces. Naroditsky finished off the tournament tied for 4th with Shankland. In the end Lenderman, Akobian and Kamsky all were tied with 7 points. Akobian and Lenderman were scheduled to play an Armageddon match the following day for the right to play Kamsky for the championship. 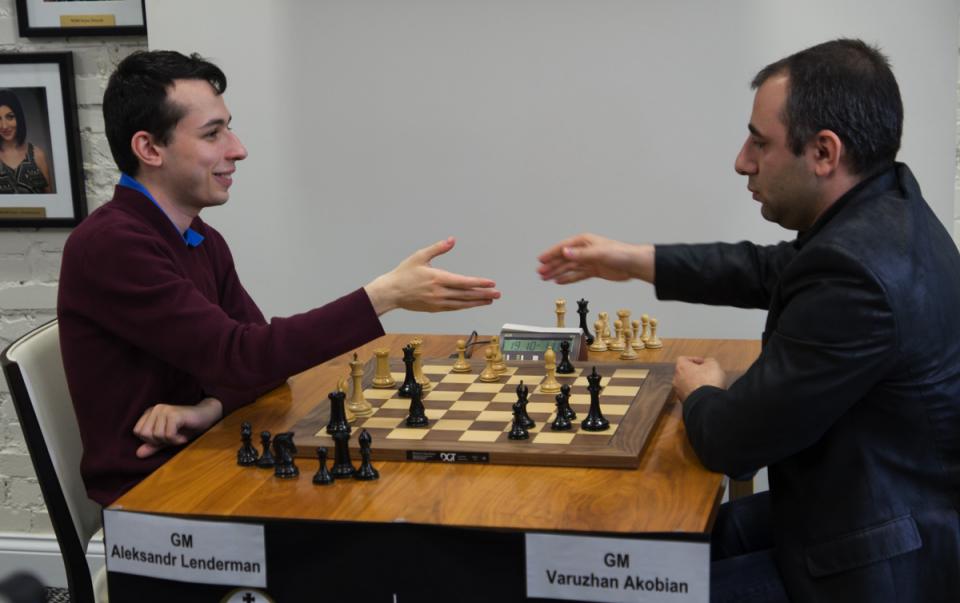 The 9th and final round for the women saw both Zatonskih and Krush draw their games and Abrahamyan defeat Baginskate to force a three way tie for first. Melekhina defeated Zenyuk while Foisor defeated Eswaran.

The Armageddon matchs saw Akobian defeat Lenderman in a game he only needed a draw as black and Zatonskih and Abrahamyan draw with Abrahamyan advancing as black. The rapid finals saw Kamsky and Akobian draw the first match with Kamsky having the black pieces. Kamsky was able to force a nice win as white to repeat as champion. On the women’s side, Krush won the first game and needed only a draw in the second game against Abrahamyan to repeat as champion. Abrahamyan pushed the position for the win in the final game but in the end it was not enough and she could only manage a draw which gave Krush the championship. 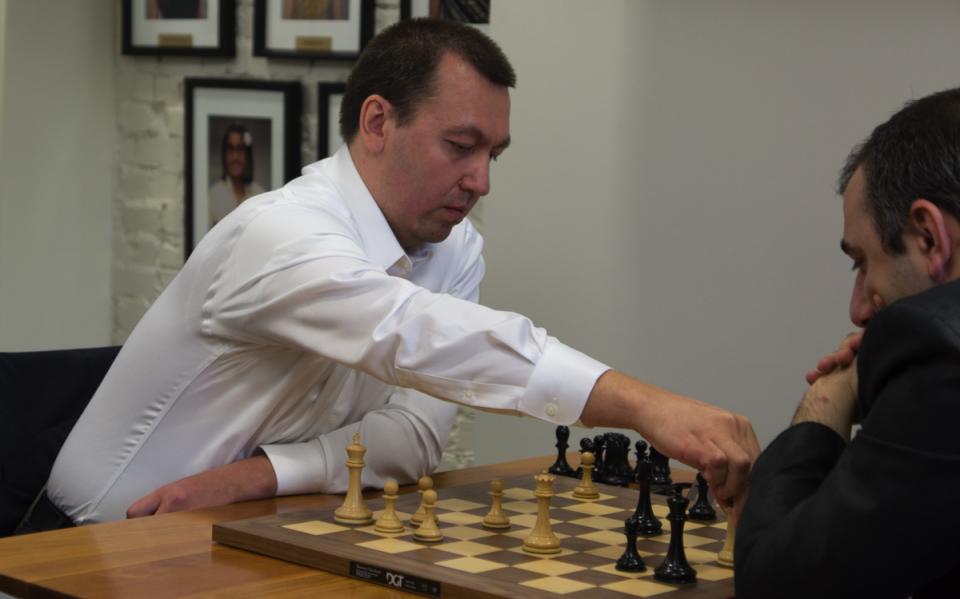 The tournament was dynamic as usual with some beautiful chess at times and some missed opportunities. Kamsky showed why he is the elder statesmen of the tournament. Krush had a bit of a down performance after her great year that saw her attain the GM title. More questions come out of this tournament than answers. 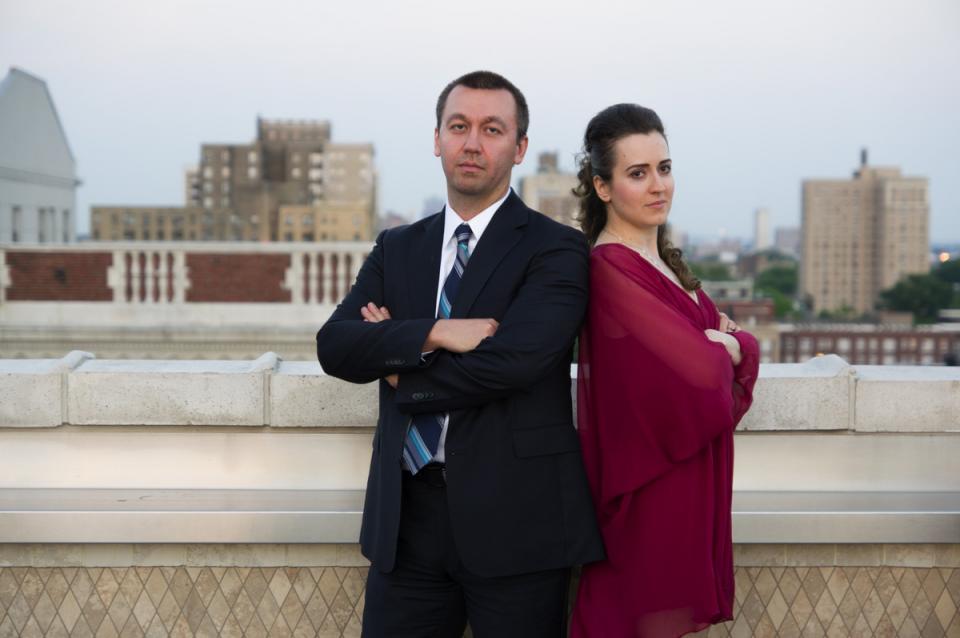 Can Alex Lenderman build on this tournament and become more of a force in US chess? Dainel Naroditsky seems poised to make a jump to the next level. On the Women’s side will Krush continue to play the women’s championship or could we she make a strong push in strength and compete on the overall side? The money may end up being less due to the fact she appears nearly guaranteed a top 3 finish on the women’s side. Can Abrahamyan make a push to finally win the women’s side?

Of course, the biggest wild card is the youngster Eswaran. How high can she get as a chess player? Would be interesting to see her compete in the US Juniors against the likes of Sevian, Troff, Geoffrey Jong and other up and coming US players.

Check our other tournament reports:

Credits: images and games used in this article are from the official U.S. Chess Championship website.