In the current column on ChessPublishing.com the author draws your attention to two theoretical battles in the recent World Championship Match-Ed.

A world championship match is an event eagerly awaited by all players and for opening aficionados it’s a special occasion as novelties are revealed at the highest level of chess. From this point of view the recently concluded Anand-Carlsen Match first seemed to disappoint. To all appearances the Match was decided in queenless middlegames or endgames. But then appearances can be deceptive. The opening phase of the games in this Match was delicately nuanced and what one saw was the proverbial tip of the iceberg. The subtleties remained beneath the surface. 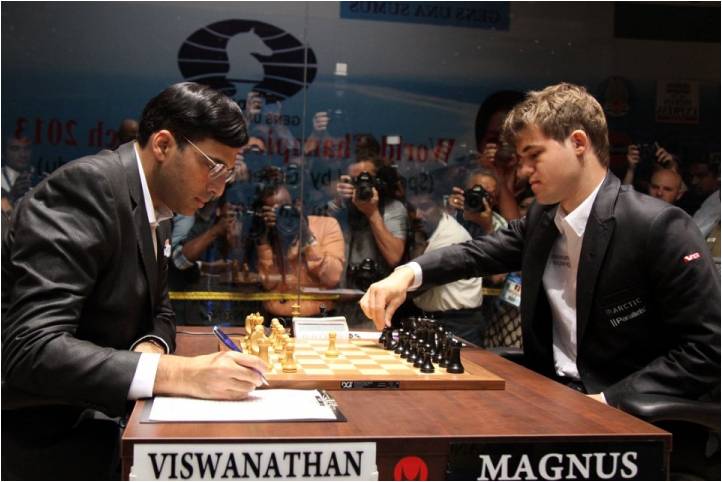 A case in point is the second game of the Match, to all appearances a short uneventful draw. However, Tom Rendle’s analysis at ChessPublishing.com offers some pointers to what was really going on. While one does not have to agree with every point that he makes, his commentary provides food for thought. Take a look at the following position: 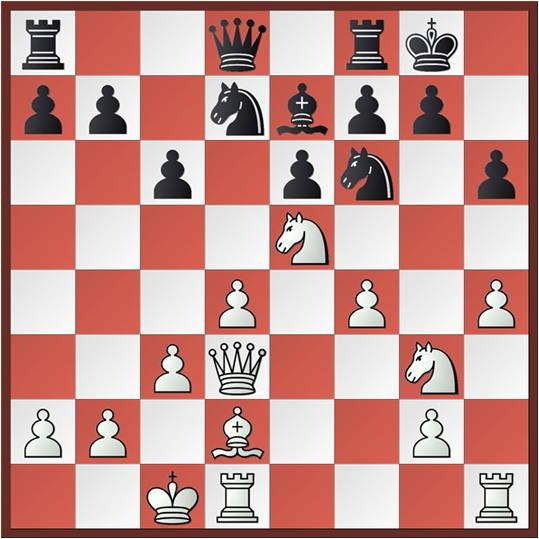 Here Anand played 15.Ne4 exchanging the knights. Rendle prefers a different path with 15. Ne2!? threatening g4 with attacking chances. So why didn’t Vishy play this line? He had already been taken by surprise with Carlsen’s Caro-Kann and did not want to walk into an ambush so early in the Match. 15. Ne4 clarifies the position, giving away nothing.

On his part Carlsen did not repeat the Caro-Kann in the Match. Anand could have come up with an improvement on this line. 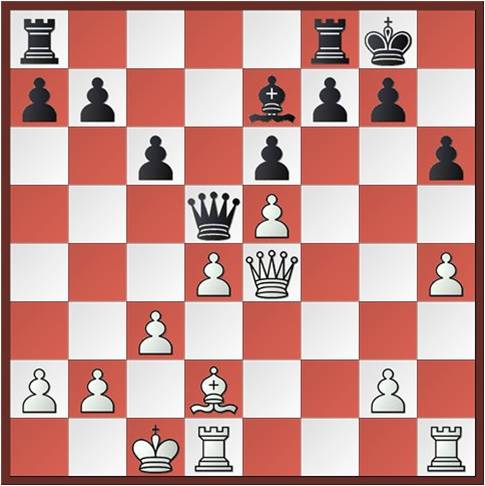 Here Anand played 18.Qxd5 again to the disappointment of viewers all over the world. 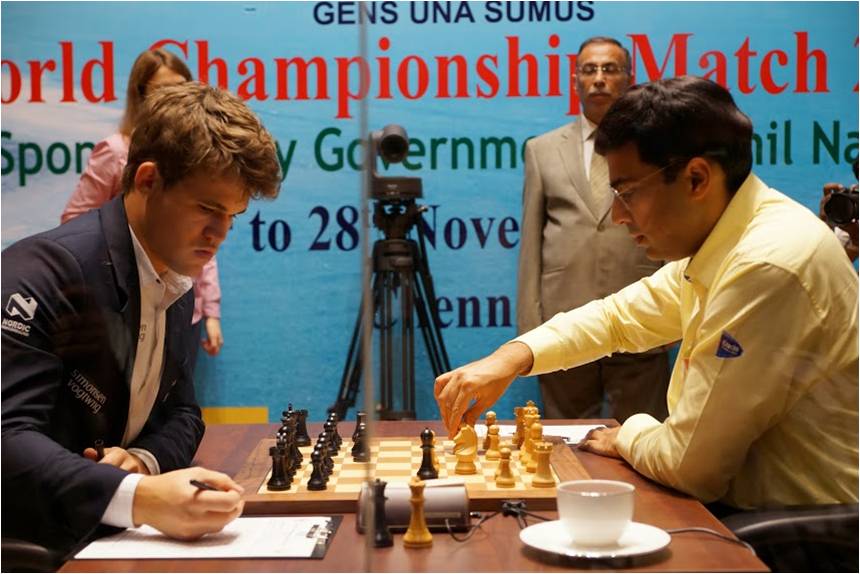 Among the November updates we also have the analysis of the 9th game from the Match by John Emms. There is much to be gleaned from his commentary on the game. However, I am afraid I do not agree with his observation on the following position.(Carlsen has just played 8…c4) 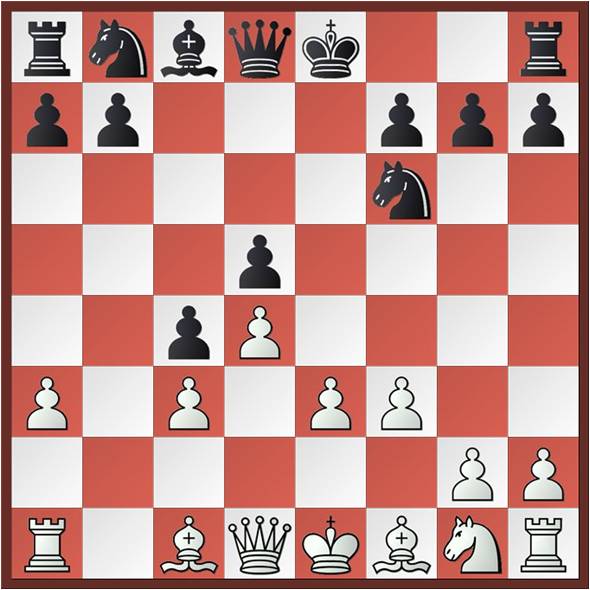 “Maybe Capablanca was right after all, but just couldn’t prove it in his game against Botvinnik! Good or bad, this pawn advance, (8…c4) releasing the tension in the centre, has been frowned upon ever since that famous game. By advancing the pawn at this moment Black messes up White’s kingside development of Bd3 and Ne2 and forces him to choose a less harmonious set-up.”

It’s true that Capablanca played…c4 in a similar position and was outplayed by Botvinnik in a classic game (download pgn).

But he never claimed that this move was right and (wisely!) no grandmaster has tried it thereafter.

As for the present game, notwithstanding Carlsen’s intentions to disrupt White’s development Anand did achieve a harmonious position. Indeed, it could have become overwhelming on more than one occasion but for the extraordinary tension of the moment. As for Carlsen, I don’t think he would repeat it in future.

So what should Black play here? The standard move 8…0-0 suggests itself. The other move 8…Qc7 recommended by Emms leads to some terrific complications. But as his own analysis shows, White is rather better after all those forced moves. This does not mean that 8… Qc7 is a bad move. Perhaps Black should complete development before entering such complications.

In any case we owe a debt to John Emms for he is one of the few commentators to have seen the point of Anand’s 28. Nf1 in this game and explained it to readers.

I am afraid the developments in the recent Match have taken too much space.

There is much else to learn from the November updates on this site.

Among others do not miss the game Sasikiran-Shirov (European Cup 2013) from Ruslan Scherbakov’s update on d4 d5 openings. 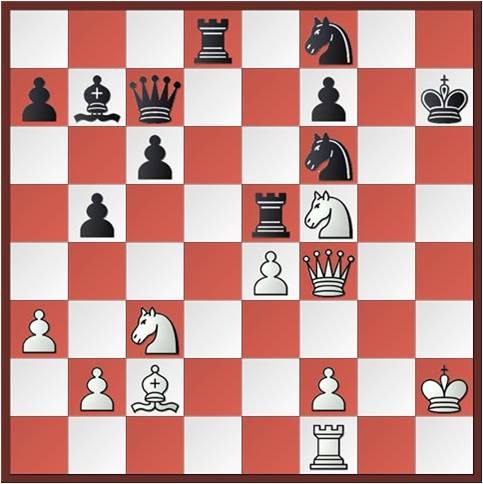 So is David Vigorito’s update on the King’s Indian.

Here is a fascinating position. 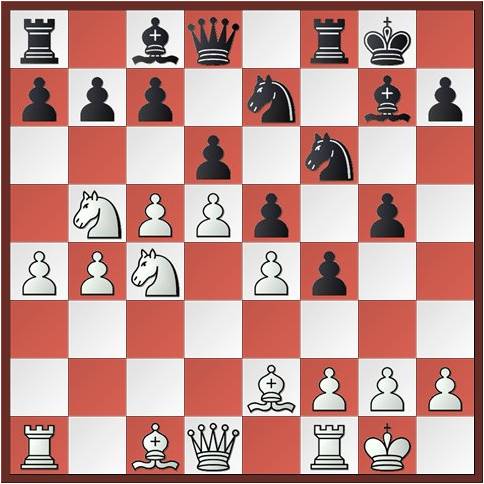 Would you help yourself with that e-pawn? Ask Vigorito and you would know