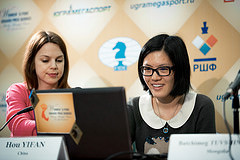 We are presenting the 2nd round report of Women’s FIDE Grand Prix 2014. If you’ve missed the round 1 report you may see it here.

Hou Yifan is in sole possession of first with a perfect 2-0 score.

White’s mastery of black was lessened in round two as both Yifan andKosintseva won with black pieces. 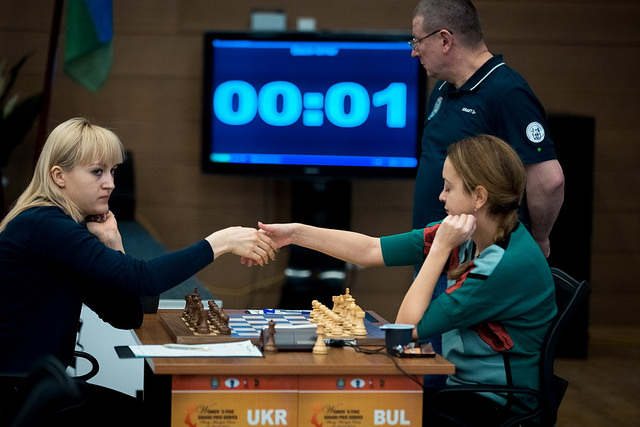 Antoaneta Stefanova kept a half point behind the leader with a win over Anna Ushenina. It was her second straight game with the white pieces. She opened with the always interesting Nf3. The position remained fairly even till blacks 34th move b4. White has some positional advantages after that move; exf was the better alternative and black would have remained equal in the position.

White’s positional advantage is shown clearly after blacks 38th move Nb6 where after the exchange of queens white wins a pawn. Stefanova continued to build on her advantages the remainder of the game and won on 64th move.

2008 Women’s World Chess Champion Alexandra Kosteniuk continued her tough start in the tournament, this time with a loss to a fellow RussianTatiana Kosintseva. 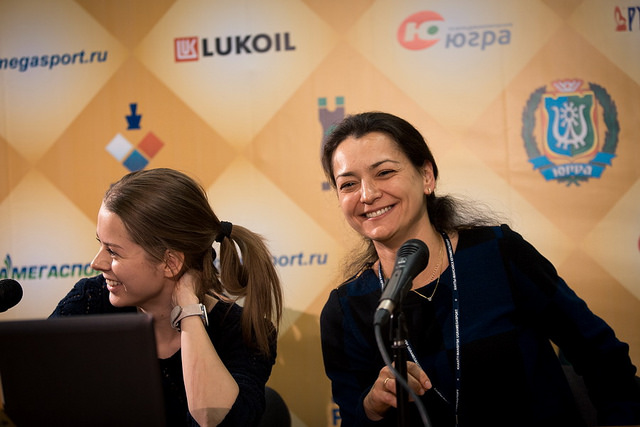 Kosteniuk is a full 1.5 points behind the leaderHou Yifan who she beat to win the 2008 World Championship.

The game went thru well played lines until move 12 where white played Ng3. At this point in the game black has a bit of an advantage in development but white’s pawn structure is much better. By move 18, black has achieved a position that almost appears like a Benko Gambit position with white having a passed a-pawn but black having very active pieces.

White resigned by the 35th move after some interesting middle game exchanges that seemed to give black a better position with every exchange. Kosteniuk needs to shake off the funk quickly if she wants to get back into this tournament. Next round she plays black againstAnnaUshenina.

Anna Muzychuk is also on a half point behind the leader Hou Yifan after a 2nd round draw againstNanaDzagnidze. 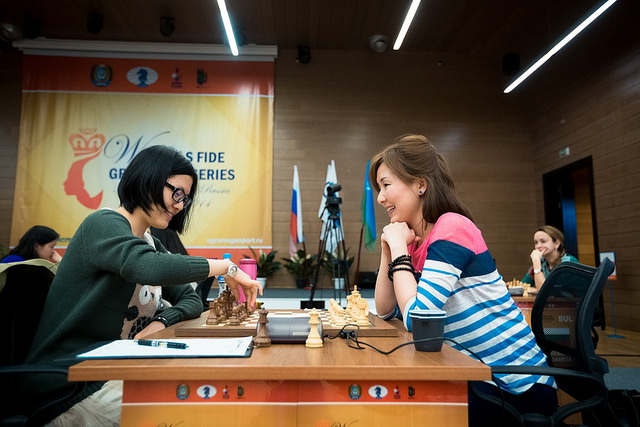