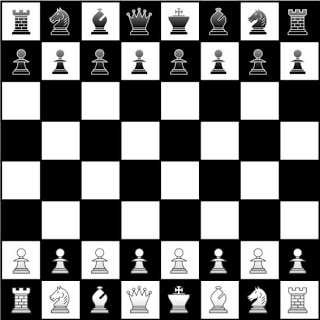 1) Space: Space is the number of squares you control and to which you can move your pieces. Controlling a square means you have a piece on that square, or you can safely move a piece to that square. Space leads to mobility. Whoever has more space has more mobility for their pieces, and whoever has more mobility for their pieces can generally find better moves. If you are in a cramped position, you can sometimes make more space by advancing your pawns or by trading away some of the pieces.

It is not necessary to actually count the number of squares you control and the number of squares the opponent controls. This is the way a computer plays chess, but it is not the way people play chess. All you need to know is when you have more space or less space, and estimate by how much. You also need to know where your advantage or disadvantage in space is. It may be in the center, on the king-side or on the queen-side. You can usually attack where you have more space, and you must usually defend where you have less space. If you have more space near the opponent’s king, you can try to get checkmate.

2) Time: Time is the ability to make moves without having to defend yourself. You can do what you want because you do not have to respond to the opponent’s moves. You are not being attacked. You are free to maneuver your pieces and build your position. An advantage in time is only a temporary thing, though. Do not waste time. Try to convert your temporary advantage in time into a more permanent advantage in space or material.

In the opening, time means a lead in development. In the midgame, time means having the initiative, being able to make threats and attack instead of having to defend. In the endgame, time can make the difference between winning and losing. Having the time for just one more move may mean winning the game.

3) Material: Material is the value of your pieces versus the value of the opponent’s pieces. Material leads to a winning endgame. Whoever has more points will usually win in the long run. However, this sometimes does not mean much in the short run. Space or time may be much more valuable than material in the short run. One example is a queen sacrifice to get checkmate.

In most openings, three squares (space) equal one move (time).

Later in the game, the relative value of space, time and material can vary greatly. One key square or one extra move may be worth many points of material. Time is usually a short-term advantage, space is a medium-term advantage, and material is a long-term advantage. Be very careful when you give up material for space or time. It may not be worth it. Space and time are usually much easier to recover than material.