Many amateur chess players have certain stereotypes about chess training that are pretty difficult to break. They believe in it very strongly and not willing to change their vision. That is one of the key reasons why they have such a hard time improving their game. Today we will discuss these things in detail.

1. Focusing on details and missing the bigger picture

Many amateur players want to improve their chess, but instead of looking for the actual cause of their trouble they choose to do what is popular these days. Namely, they study openings with a hope that it will miraculously advance them from that 1200 or 1400 closer to 1800-2000 elo region. They often hear that Grandmasters know openings 12-15 or even 20 moves deep and that’s why they are called… Grandmasters. They also know not just a single opening, but 3 or 4 openings for each color, including sub-variations, off-beat lines, etc.

What amateur player does not want to play like a Grandmaster? Logically thinking if you do what Grandmasters do, you will play like them. That means if Grandmasters spend hours and hours analyzing openings, there should be good reason for it, right?

The truth is Grandmasters need to spend hours and hours on opening theory because they already perfected all other phases of the game. The opening phase is where they strive to get a minimal advantage to be exploited in the middle-game or converted into a favorable ending position.

Amateur players do not need to do that. In fact, their job is much easier.Many players do not realize that and try to over-complicate things. First of all, amateur players need to learn the fundamentals: basictactics, endgame and middle-game ideas. Deeply studying theory before learning the fundamentals, is similar to attempting to study advanced mathematics before learning addition and subtraction rules. You won’t get far that way.

There is no point to spend time on theory, in attempt to get half-a-pawn advantage, if you are hanging pieces left and right. Don’t get me wrong, you need to have a basic idea about the openings you’re playing. But, in depth understanding of the theory is the last thing you should be worried about at this stage.

Work on the basics first, and you will see how good tactics training, better middle-game and endgame understanding by itself can easily add a nifty 200-300 elo points. 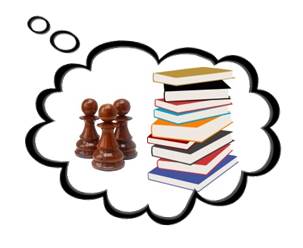 2. Making things more difficult than they really are

Once we are clear about the importance of learning the fundamentals, let’s switch our attention to something else: chess books. Everyone knows that in order to improve at chess you need to have good training materials. That’s is, of course, true.

You need to be careful though. Some of the very-very strong chess players may not be very good chess teachers. That means they can win chess games, but they cannot teach you how to do the same in a written form. It is true for any field, not just chess.

Another thing worth mentioning about the books is “complexity”. There are some great books out there, but they are only suitable for “chess maniacs”. Unless you have 35-40 hours per week to spend on chess, these books are not for you. These are the books for advanced players who play chess for living, or at least planning on doing that. They are not a good pick for a typical 1400 rated club player.

When you’re trying to decide what book to use, aim for something well organized and not overly complicated. Skim through the contents and make sure you can understand and benefit from what’s in there. On this level, you don’t need to study overly analyzed games (the ones with 2-3 sidelines 10-15 moves each after every move).

Believe it or not, I saw single games blown out to 4-5 pages because of all the sidelines. To fully understand what’s going on in that game, and go over all of the sidelines one needs to spends good 2-3 hours. I can’t envision a 1400 doing that, nor see any need for them to do that. That just makes things more confusing for you, and you will most likely miss the most important ideas of the game, focusing on minor things. To make things even worse, the moves often do not have much annotation. Only the key moments of the game are granted a sentence or two. The rest, a reader is expected to figure out on his own.

That brings us to another very important point about chess materials. Look only for those, which have detailed annotation (in words) of the moves. You will benefit much more from a clearly annotated game rather than from a simple “+-“or “with an initiative” at the end of a long 10 move variation.

Let me stress this point again, unless you are at least 2000-2200 rated, look for “words” annotation in your chess materials. In our training course we have a collection of fully annotated Grandmaster games. We have plenty of written annotations, as well as the informant symbols. Every middle-game, endgame and attacking idea is clearly explained, to make sure that all chess players will quickly grasp the most important parts of the game. Each of these games will teach you something new that you can immediately apply in your own games! 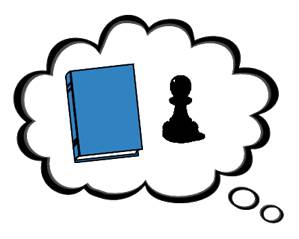 For example, you can play 10,000 blitz games and that will not do anything for you chess level. Or you can play just 5-10 long time control, tournament games against slightly stronger opponents, with full concentration, post-game analysis, and so on. The amount of experience gained from these 10 tournament games cannot be compared with even 10,000 blitz games. Playing tons of fast control games, without too much thinking and analyzing is how somebody becomes a 1200 rated player with 30,000 games played (not a good sign).

The same goes to solving tactics. In our intensive training course we stress that tactics needs to be solved completely, meaning all reasonable opponent’s responses need to be analyzed and a multi-line solution formed and recorded.

If some of the important lines are missing, the tactics problem is considered not to be solved correctly. If you start focusing on quality of training rather than quantity, you will notice that you benefit much more from just 100 tactics problems fully solved, than from 1000s which you just skim through. You will save yourself a lot of time and will make progress much faster! 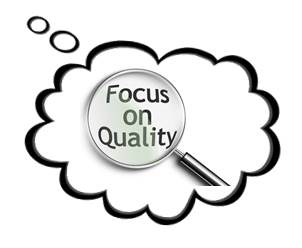 2. Pick simple and and well organized training materials. Try to avoid using over-complicated books with tons of lines and sub-variations but little to none annotations. Remember, “all genius is simple”. Don’t over-complicate things where there is no need for that.

3. Always choose quality over quantity. It is much better for your chess to solve just a few tactics problems completely, than skim through 100s of partially solved problems. The same goes for the training games. Small number of high quality games is much better than 100s or even 1000s of random blitz or rapid.

Good luck with your chess training! If you have any questions feel free to leave a comment right below.

I’m thinking of taking some chess lessons. I’d like to at least be able to compete with my father-in-law instead of getting trounced. I’ll be sure to take to heart your advice on what I should be doing to improve my skills.

My husband has been really excited about chess recently and it has been fun to play with him, but I don’t know anything. I appreciate your advice here that grandmasters really don’t know anything much fancier than the basics of tactics. I think that I will get better with experience!

This is the best article I have seen till now for beginners.you should seek quality of how to train,whether you are benefitting or not,whether you use your brain and get tired,if you get tired because of using your brain,that’s quality…..but if you don’t get tired by playing lots of games,you are wasting your time (for beginners).dont waste time by acting like a grandmaster when you are a beginner.you will never improve

very good “There is no point to spend time on theory, in attempt to get half-a-pawn advantage, if you are hanging pieces left and right”