Every chess player wants to increase his or her ELO rating. They spend many hours studying without much of the result.

They read books, study long opening variation, accumulate chess knowledge but the rating seems not to go up. Sounds familiar?

Then you should read about 3 things that will increase your ELO.

This is the very reason why computer plays the best chess on the planet. It may not be the smartest player, but if it can calculate 20 moves deep in 10 lines and do it quickly, winning chess games is a no brainer. The point I’m trying to make is simple, if you calculate better that you opponent, you will most likely win the game.

What does it mean when we say calculating ‘better’ than your opponent? It means two things: deeper and quicker. All grandmasters have exceptional calculating abilities, and can analyze up to 15-20 moves deep in some positions. How do they do that? Magnus Carlsen pointed out that the trick is to visualize and to evaluate the just final position.

How to train your calculating ability?

As GM Alexander Kotov pointed out in his book ‘Think Like a Grandmaster’ the most important part of calculating long variations is to actually know what lines to calculate. You shouldn’t calculate every variation you see on the board for two reasons:

If you do that you will either get tired and lose or your clock will expire.

Kotov suggested to pick few (2-3) best moves that are possible in the position. These are called candidate moves. Then, we only need to calculate 2-3 lines that arise after one of the candidate moves is played. This approach simplifies the calculation complexity and saves time. Instead of calculating some random variations, you will only focus on the strongest, thus the most important continuations.

How deep you can calculate the variation depends on your calculation ability. That can also be improved by training. Solving tactics problems (5-7 movers) in your head, just looking at the initial position without moving the pieces is one of the most effective approaches. First find the candidate moves and then try calculating the variations in your head. Think of each problems as a position that arose in a tournament game.

Calculating ability is a very important skill to possess for a chess player of any level. But, it’s not the only weapon grandmasters have. Aaron Nimzovich was a positional game expert. He analyzed many of the typical middle game positions in the great detail.

For example, he analyzed positions where one side had a king’s/queen’s side attack, while the other side had a play in the center of the board. Nimzovich analyzed many asymmetrical positions, became an expert in such and have won many games on that territory.

Capablanca also worked in a similar fashion as Nimzovich did but, with a main focus shifted towards Queen endings and Rook endings. He had became an endgame expert and scored many points at the final phase of the game.

What should you do to improve positional play?

Analyze and study typical middle game positions that frequently arise in the game:

1. Pawn majority on one side of the board

4. Pawn sacrifice (both tactical and positional)

Analyze and study typical endgame positions that frequently arise in the game:

3. Attack on the King

Checkmate is the final goal of chess. It does not matter how much you’re down in material or how short on time. Once the checkmate is delivered the game is over. Therefore, it makes a lot of sense to work on the attacking chess, and primarily on the attack on the king.

Many players like to play aggressively and to attack their opponent, but they rarely work on their attacking skills. 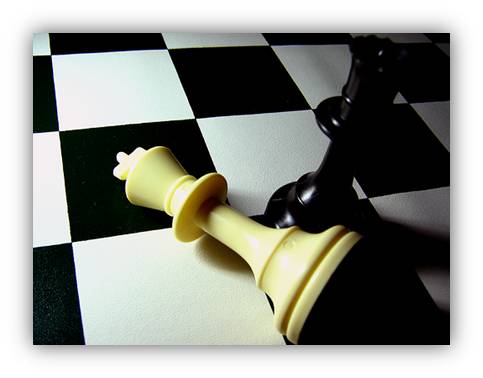 How to work on the attack on the king?

1. Analyze games of attacking players: Alekhine, Fischer, Botvinnik (part 1, part 2, part 3), etc. By doing that you will learn many attacking themes and ideas that can be used in your own games. No need reinventing the wheel here.

3. Study basic themes of the attack on the king:

Now you know how to increase your chess rating.

hello Prakash and thanks for your comment. We will definitely write more guides and tutorials for improving players. Stay tuned!

Thank you Abhay Vyas for your comment. If you want to stay informed with the updates from our site you can simply subscribe to our weekly newsletter (on the right top side of the page).

finding strengths and weaknesses of your chess

Good calculation of lines approach. I will use it in all games I can. Thank you sir!

thank you sir it is really helpful.