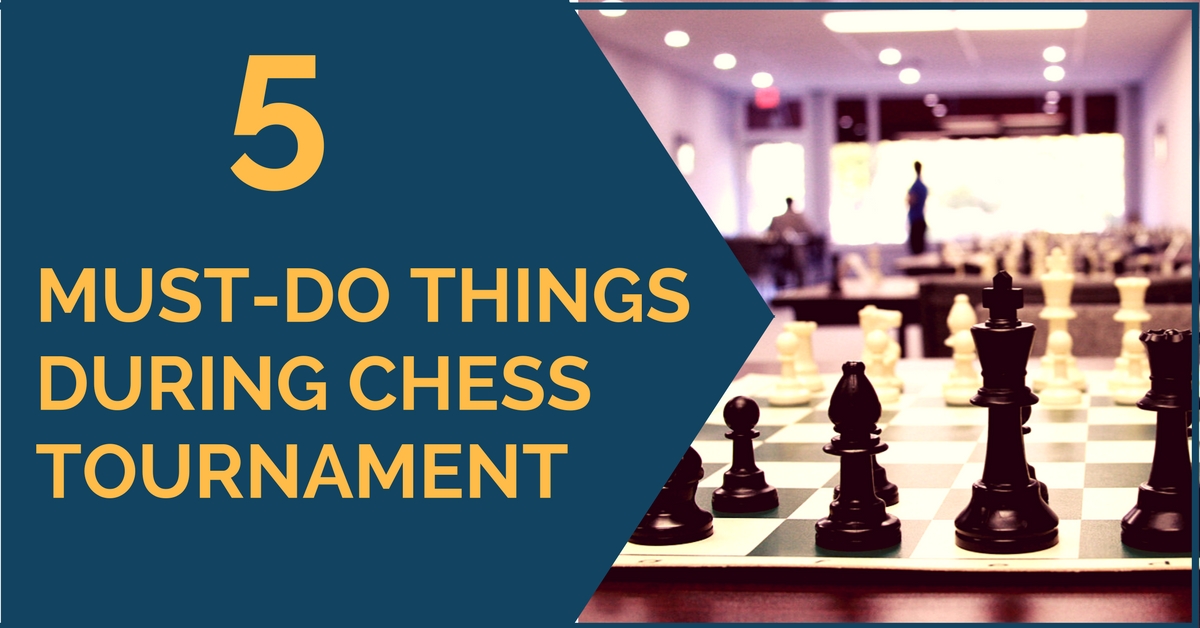 Every chess player trains hard in order to see improvement in their play and, after all the hours invested, the accumulated knowledge is tested in tournaments. As we have mentioned in some of our previous articles, it is important that you choose strong tournaments where you are able to measure your forces with players who are stronger than you.

This is how you will notice progress and you will be able to play a good game from which you will have a lot to learn. However, a tournament is not only about the information accumulated over time. It is also a test of inner and psychological strength.

Having a good tournament is usually something that is influenced by a series of factors, and not all of them are chess – related. In this article, we will give you a short list of things that, in our opinion, are useful during a competition in order to get into the right competitive atmosphere, but at the same time to try to keep your mind fresh and relaxed at all times.

Preparing your game is essential. Knowing your opponent’s weaknesses and the openings he can play will save you from unpleasant surprises at the chessboard. However, beware of not overdoing it.

First of all, most players these days are always changing their openings in order to try to surprise, so if you prepare for 4 hours the Nimzo and he plays the Slav you would have wasted a great amount of time and energy. In case an inevitable surprise is coming, it’s better to be fresh.

2.Solving tactics before the game

Although we have always been told “don’t get tired before the game” when playing chess, it has come to our knowledge that many GMs do a set of tactics before the game, like a sort of warm up.

This is a personal practice so it may not be useful for everybody, but it is worth trying it. Some GMs even practice visualization by staring a few minutes at a chessboard. Basically, the idea is to arrive at the game with your mind sharp.

3.Disconnect from the game

We play to win, but the result is unpredictable and mistakes are waiting for us game after game. Some players put so much energy and pressure themselves so much, then when one game goes wrong their whole tournament is shaken down.

They suddenly have trouble to sleep, their confidence is seriously shaken down for the next games, experience anxiety, etc. Obviously, this brings nothing positive so it is very important to have an escape from the game once it has finished.

It is important that you go to every game with your spirits high and with a maximum dose of self-confidence. Try not to focus on the previous games (if you’ve had some bad results) or on the outcome of the tournament. You should simply enjoy the game and not put too much thought into it.

Losses or failure to win a much better position can be painful, but you shouldn’t let them influence your state of mind during the tournament. It is difficult, we know, but it’s better to only have a bad game than a whole tournament.

Most chess players like to clear their mind after the game and rightfully so. You need to relax and, as mentioned above, disconnect from the game. Every person has their different way to do so, but probably the most common practice is to take a long walk in nature and release all the pressure you have experienced during the game.

These are only some of the things you could be doing during a tournament in order to try to maximize your overall results, but we know that every player is different and what works for some might not work for others. The list is open to debate, so tell us: what is your usual tournament routine?

I like to learn tactics and basics about chess