5 Ways to Improve Your Positional Play 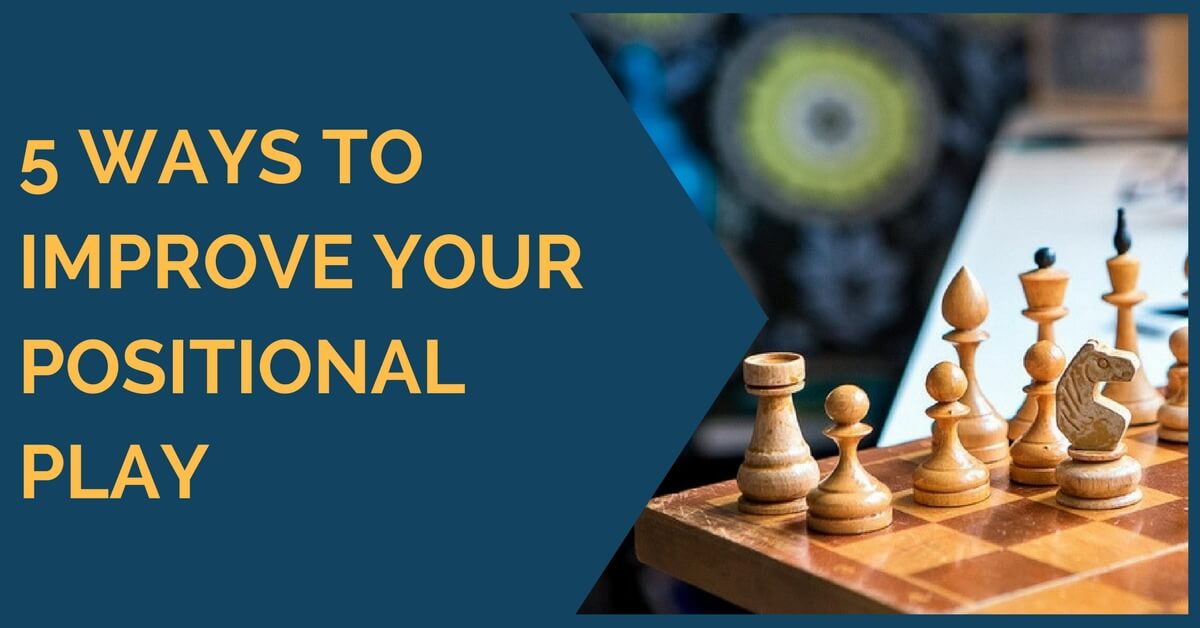 Chess players are constantly on the look for new “recipes” in their quest of getting better at chess. Some players think that they should give a lot of importance to the opening, others to tactics and so on. Truth is, working on only one aspect of the game won’t help you get better overall; you have to study all of them equally. Suppose you only solve tactics; it will be very difficult to find a correct plan in a static position.

If you invest most of your time in openings, then middlegame and endgame will represent a real challenge. One very important aspect of the game and one that we think makes the difference between an amateur and an experienced player is strategy. The study of positional play gives a better overall understanding of the position and will help you select the moves that are in the spirit of the position over the ones that you would “like” to make. Here are some tips you can follow in order to improve your positional play:

During the game it is very important that you don’t only think about your own plans, but try to spot your opponent’s as well. The moves you select should not only be in accordance with the ideas you have in order to improve your position, but they should also be aimed at countering your rival’s own ones. There are many cases when the key to finding the best move lies in your ability to find your opponent’s “threat”. Let’s take, for example, the diagram below: 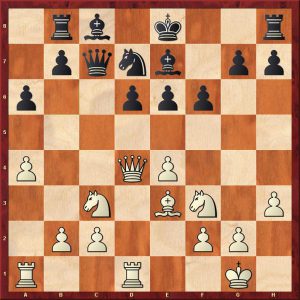 White has a clear advantage in development and her pieces are well coordinated. However, she needs to play careful in order not to allow her opponent to get back in the game. Can you find the move white played here?

2. Pay attention to the pawn structure

Most of the times the right path to follow in a position is given by the pawn structure. Learn to “read” it and you won’t have to waste a lot of time anymore in order to find the correct plan. Studying the most important types of pawn structures and seeing games where the standard plans are employed makes it easier to play it yourself next time you are given a similar situation. Start taking into account the side where you have the pawn majority, the type of center you have and the pawn chains in the position and you’ll find that your play will improve significantly!

It may sound weird, but sometimes it is better to ignore the temptation of going after a pawn or an exchange. When you have a positional advantage that keeps your opponent tied up it is usually better not to let go of the grip and accept changing it into a small material advantage. Most of the times it will give your opponent a chance to breathe and organize a counter-attack that, although harmless with correct play, may turn out dangerous over the board. Suddenly, from being completely in control of the position, you will have to find some accurate moves in order to get a full point.

4. Be on the look for weaknesses

Train yourself to always take in account the weaknesses in the pawn structure, both yours and your opponent’s. Start paying more attention to the pawn moves you make, since every pawn advance could result in potential weaknesses in your structure. This element is particularly important when building up a plan. You should try to take advantage and attack the weaknesses that exist in your rival’s position and get rid of the ones you have identified in your own position.

5. Be technical when it comes to materializing the advantage

Don’t give your opponent any chance to become active and get counter-play! It’s very important to remember that the best route to a win is not necessarily the shortest one, but the safest. Practice shows that it’s better to enter a position with less material advantage, but where the win is clear (for example an endgame) than win more material, but play a double-edged game.

We hope that you have found the tips above useful and they will help you select further material in order to train your positional understanding. Thank you for reading!