7 Mistakes to Avoid When Training 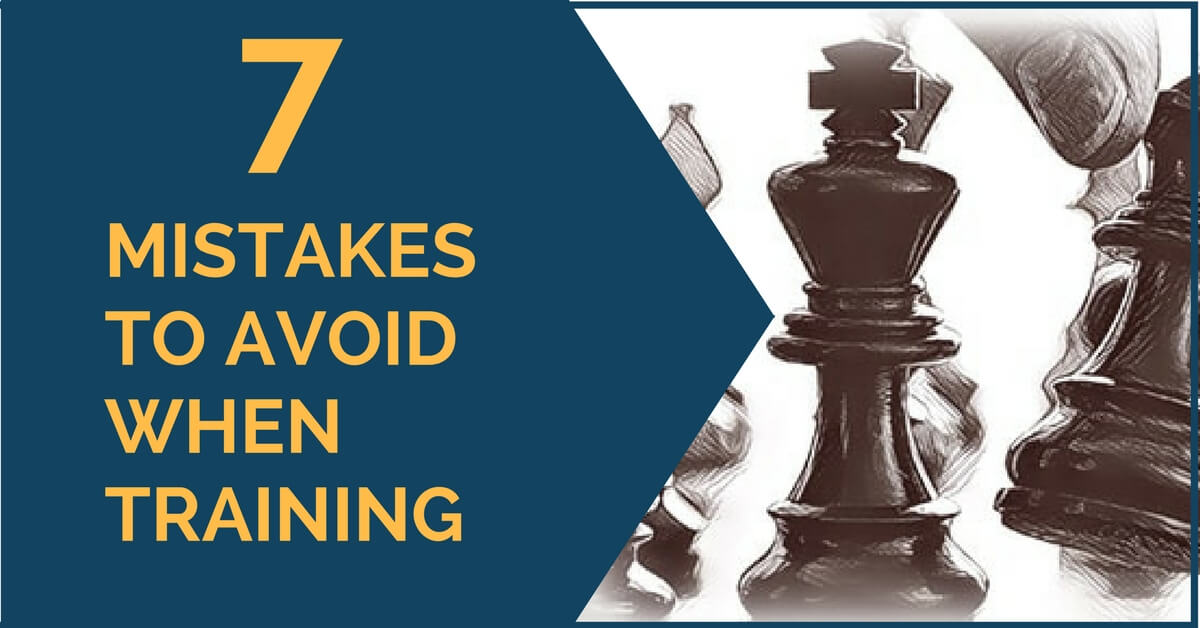 Many club players feel that after a long time of studying chess they don’t see enough progress in their chess. This brings a feeling of depression and it sometimes leads to quitting the usual training plan or the idea of making progress in chess. However, thinking that you are not good enough or that you are not going to make it and deciding to settle for club play only is not the answer. You should review your training schedule, look for any mistakes you are making or just keep training harder; the results will most certainly show.

In our previous article you can find advice on how to train and what to include in your daily chess routine; today we are going to point out some of the most common mistakes that may show up so you can correct them if that is the case:

1.Analyzing with the engine on

Modern chess is completely tied to the computer science and it is impossible to ignore the engine. However, it is important to know how to use it. The engines tell us the moves, but they don’t explain us the ideas in the position.

It is very easy to get the wrong idea about the game and develop a lack a comprehension. We recommend you use the engine for blunder checking but keep your thinking active by not asking the engine every time that you have a doubt about the position.

Try solving it on your own and only afterward check your accuracy.

2.Playing only against lower rated opponents

Seeking just a good tournament result, many players prefer to only confront lower rated opponents or select tournament with an ELO limit. One of the most effective ways to improve at chess is by constantly getting tested against stronger players.

Think about it this way – if you are a club player afraid to lose, you won’t make a significant improvement in long-term. After a few losses against strong players, you don’t have the same strength as you did when you started.

You have gained experience and you have learned new playing techniques. See it as an investment.

Many players start digesting books without asking a professional or hiring a coach who could guide them through the learning process. As a result, the material chosen to study is selected randomly and not according to the player’s needs.

Not to mention that there is a lot of material available on the market, of both high and lower quality. A player could be studying for weeks things that won’t be helpful for his own improvement.

Openings are for sure a very exciting part of the game. The quest for an advantage in an early stage of the game or knowing more than your opponent is very desirable.

However, the reality is that you don’t win games out of the opening anymore. In order to develop strength, one must study the basic middlegame and endgame themes.

Another thing that should be avoided is that once a repertoire is selected, you go back and keep changing things. This way you never get to fully understand what you are playing. You don’t get to specialize and discover the ideas in the middlegames arising from those openings.

6.Blaming the opening for every negative result

It is amazing how many players end their game analysis right after the opening. If they get a worse position after it, they consider that that was the cause of defeat.

However, this is a superficial thought. In 95% of the games we always have chances in the middlegame and endgame, regardless of the position obtained after the opening, so it’s probably there where we should be looking and correct the mistakes.

7.Solving exercises in the wrong way

Exercises are the weightlifting of the chess game. It is the most difficult training, but yet the most rewarding. When solving exercises many players tend to fool themselves by guessing moves instead of finding a concrete, solid answer to the problem.