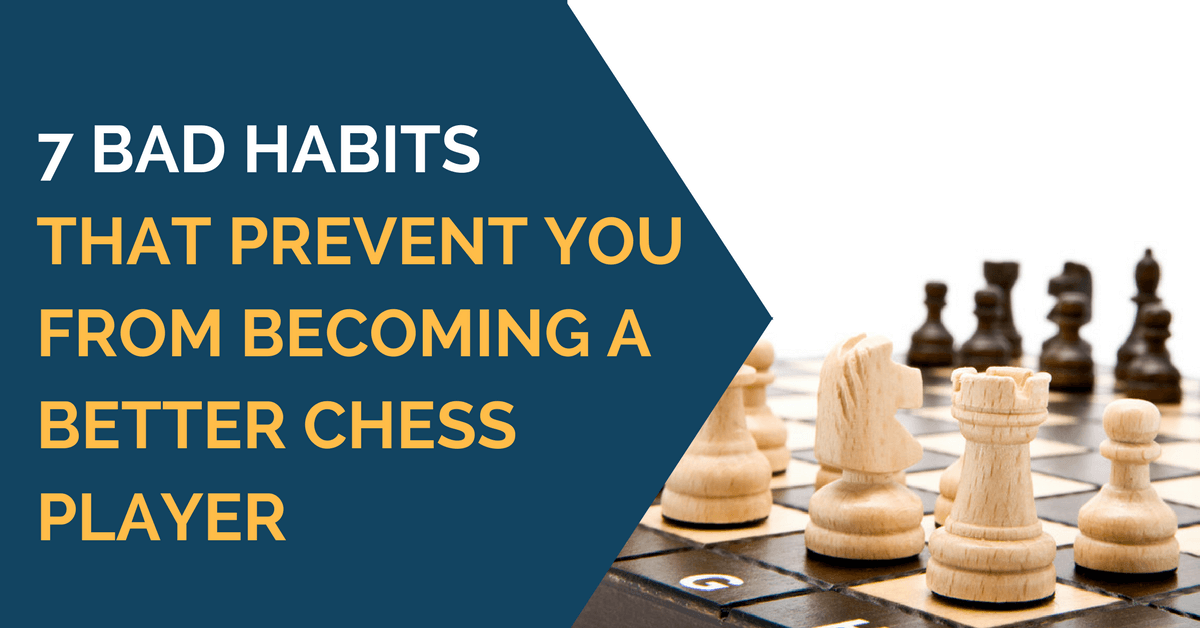 Desire (you really must want to become a better chess player, no matter what it takes )

Time (you must have a free time for your chess education)

Appropriate Training Program (it’s a lot better to have some training program than none, if you’re serious about chess)

Money (it is useful to have some sort of recourses you can invest to hire a coach, buy books and other chess supplies)

Okay, what if you already understand that chess isn’t an easy sport and maybe you already invested some of your time looking through my previous guides: How to Get Better at Chess and Chess Self Improvement Guide. It seems like you doing everything correctly but the progress is not there or it is extremely slow or ambiguous. If you feel like that’s you, read on. In this article my main objective is to systematize these very common and extremely negative chess habits which slow down player’s chess development. Here are 7 bad habits:

U should stop commenting

Hmm the only thing i’m guilty of there is playing too much online chess. But I live in an area where no one knows how to play chess haha no clubs, no tournaments, no events, no players. What should I do?

WOW This is a wake up call for me. Now I’ve seen this I’ve realised that I do play too much online playing blitz. I will certainly start studying more than I practice from now on.

A chain is as strong as it’s weakest link. So understand the reasons for bad results, and improve the weakest link… ? 🙂

Dear rolly amparado,
I understand that a list of important chess books would be put up on the site.
You may check it out when it appears.

Dear tom,
Thanks for reminding readers of this classic by Rudolf Spielmann.
http://www.amazon.in/The-Art-Sacrifice-Chess-Dover/dp/0486284492
However, the method of sacrifice has further evolved since the days of the late master.
Also, it is useful to see sacrifices as part of tactics and tactics in turn as part of strategy.

The art or Sacrifice in Chess best book

Actually, solving tactics is another good way to improve fast, give it a try: [url][u][b]http://www.thechessworld.com/learn-chess/33-problems/156-chess-tactics-study-2-mate-in-2[/b][/u][/url]

Okay, I suppose with more books and stuff I would have gotten better faster

Yes, see, Gabriel, it took you 6 years to get good enough to get 50% against your father. As I pointed out, the rate of progress is much slower with no studying. Maybe if you read some chess books it would take you just one year to get to that level.

But I see your point. Thanks for the comment.

hey I suppose you are right on most things, but I did learn chess without actually studying it.
I played with my dad when I was 8, at the beginning I lost always, then at around 12 I started winning some games and at 13-14 (now) I am winning half of the games
And even though neither I nor my dad are very good players I would say we are decent enough to prove that point wrong.
Otherwise: Yes, I agree totally.

thanks for the article .. helps the learners 🙂